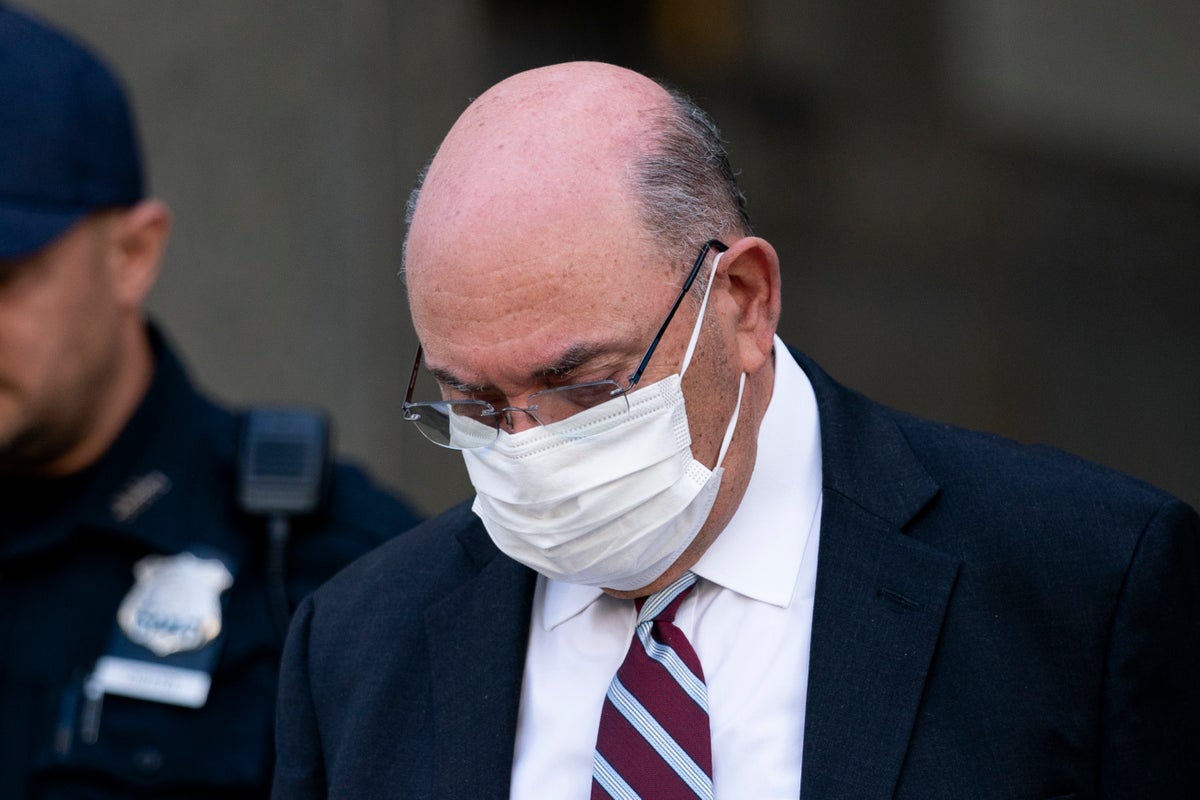 Donald Trump’s longtime chief financial officer is expected to plead guilty as early as Thursday in a tax evasion count, which is the only prosecution resulting from a long-running investigation into the former president’s company, three people familiar with the matter told The Associated Press.

The Trump Organization’s chief financial officer, Allen Weisselberg, was due to face trial in October for alleging he received more than $1.7 million in off-accounting compensation from the company, including rent, car payments and tuition.

According to court documents, prosecutors from the Manhattan Attorney’s Office and Weisselberg’s attorneys met with Judge Juan Manuel Merchan on the case on Monday. The judge then scheduled a hearing on the matter for 9 a.m. Thursday, but did not specify the reason.

Those who spoke to the AP did so on condition of anonymity as they were not authorized to speak publicly about the case. They said the purpose of Thursday’s hearing was for Weisselberg to enter a guilty plea, but cautioned that plea agreements sometimes fall apart before they’re finalized in court.

Weisselberg’s attorney, Nicholas Gravante Jr., told the New York Times Monday that Weisselberg was involved in plea negotiations to resolve the case but did not specify terms of a potential plea deal. Reached by the AP, Gravante declined to comment.

The Times, citing two people with knowledge of the matter, said Weisselberg was likely to receive a five-month prison sentence, which would allow him to be released after about 100 days. The deal would not require Weisselberg to testify or cooperate in any way with an ongoing criminal investigation into Trump’s business practices.

The Manhattan Attorney’s Office declined to comment. A message was left with a Trump Organization attorney for comment.

News of Weisselberg’s plea hearings came days after the judge denied requests by his attorneys and the Trump Organization to drop the case. The judge dropped a tax fraud charge against the company citing the statute of limitations, but more than a dozen other charges remain.

When they moved to have the case dismissed, Weisselberg’s attorneys argued that prosecutors from the Democrat-led DA’s office would punish him for not disclosing harmful information against the former president.

The judge dismissed that argument, saying that the evidence presented to the grand jury was legally sufficient to support the indictment.

Weisselberg, who turned 75 on Monday, is the only Trump executive charged in the year-long criminal investigation launched by former Manhattan District Attorney Cyrus Vance Jr., who went to the Supreme Court to seek Trump’s tax records to secure. Vance’s successor Alvin Bragg is now leading the investigation. Several other Trump executives have been granted immunity to testify before a grand jury in the case.

Prosecutors alleged that Weisselberg and the Trump Organization planned to give executives, including Weisselberg, unofficial compensation for 15 years. Weißelberg alone has been accused of defrauding the federal, state and local government out of more than $900,000 in unpaid taxes and unearned tax refunds.

The most serious charge against Weisselberg, grand theft, carried a possible sentence of five to 15 years in prison. The tax fraud allegations against the company are punishable by a fine of twice the amount of unpaid taxes or $250,000, whichever is greater.

Trump was not charged in the criminal investigation, but prosecutors have found he signed some of the checks at the center of the case. Trump, who described the New York investigation as a “political witch hunt,” said his company’s actions were standard real estate practice and not criminal.

In the months following Weisselberg’s arrest, the criminal investigation appeared to be working towards a possible criminal charge against Trump himself, but investigations slowed, a grand jury was dissolved and a senior prosecutor left the country after Bragg took office in January — though he did continues to insist.

Carriage horse was 'distressed' before collapse in NYC: witness