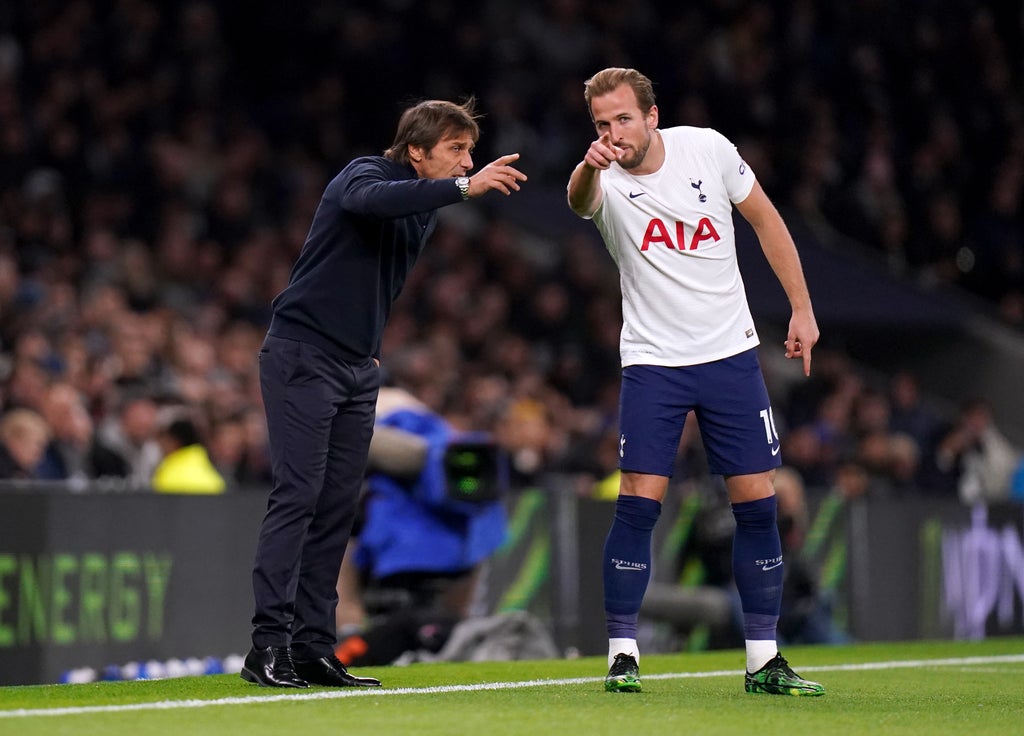 The England captain has scored just once in 12 games Premier League opening games for Spurs this season and looks to be a shadow of the player who won the Golden Boot last term.

He has struggled after an emotional summer, when England were beaten on penalties in the Euro 2020 final before he was involved in a transfer saga amid a desire to join. Manchester City.

Conte’s arrival at Spurs revived his performance, but was still missing goals as he squandered a golden opportunity in a 2-0 win over Brentford.

The Italian said: “First of all, I’m sure Harry is happy if we win and he doesn’t score. Because Tottenham is the first place that comes to mind for us and Harry. It’s important to have a chance to score and we’re improving a lot in that respect. I’m sure Harry will score many goals.

“I am sure he will put on a good performance the same way he did against Brentford against every team we played. I am very pleased with his play.

“Then I knew the striker wanted to score but we wanted to give him more chances to score. I think we are on the right track to do this kind of situation.”

“I think the Premier League is a very, very tough league and every game you play is not easy,” Conte added. “Sometimes with the national team you can play against teams that are not so strong.

“For this reason, it is not simple to win a game, get three points and score. This is the big difference you can find between two different situations.”

Spurs captain Hugo Lloris is out of contract in the summer and there is no sign of a new deal being agreed.

Lloris, who has been linked with a move to the MLS, could speak to foreign clubs in January, but Conte is planning to sit down with the Frenchman soon.

“Yes, but I just arrived. Only one month. In this moment, for sure, we have many situations to deal with,” said Conte.

“He is very focused right now and he knows very well that now we are trying to do our best. I am a coach, Hugo is a goalkeeper and every player has to perform at a high level, but for sure we will have time to talk about him and I consider him a great player. important Tottenham player, because of his experience.

“First of all, he is a good goalkeeper and over the years at this club he has always shown a great commitment to this club.”

‘You should keep your mouth shut’