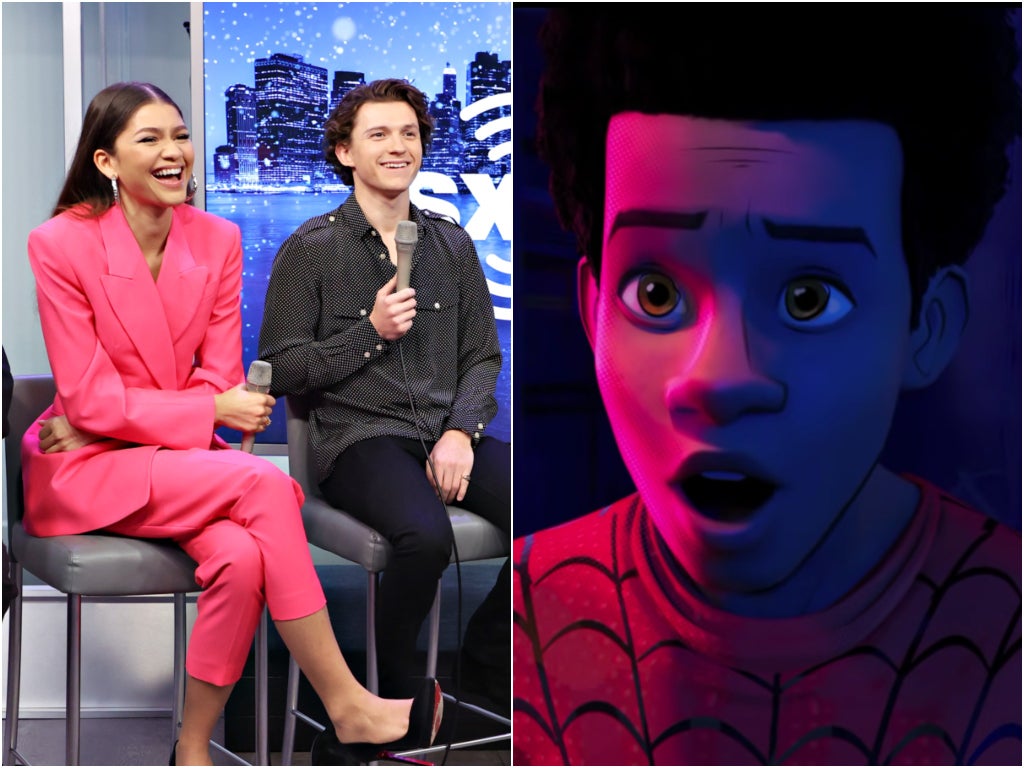 Tom Holland and Zendaya really want to join the animation Spiderman: Into the Spider-Verse The universe.

Originally released in 2018, Into the Spider-Verse follows a world in which Miles Morales (Shameik Moore) becomes the new Spider-Man and teams up with other Spider-Mans from different parallel universes.

Talking to Syfy Wire, Zendaya said that she “loves” the film and is “waiting for the phone call” to appear alongside Moore’s Miles Morales in the sequel.

“Love them and I’m just waiting for the phone call,” Sand dunes said the star. “Guys, give us a call. Put us in your movie, we want to be in it.”

Holland, who plays Spider-Man in the Marvel Cinematic Universe, later claimed that Sony producer Amy Pascal had mentioned the subject of a crossover to him, but it was never followed up.

“Amy actually asked me on the set of this movie and no one came back to me,” Holland said, with Zendaya adding: “Yeah, what the heck?”

The couple is preparing to reprise the roles of Peter Parker and MJ in Spiderman: There is no way home, will launch in the UK this week.

Last week, Holland admitted that he was experienced a “midlife crisis at 25” after getting into acting at the age of 11.

https://www.independent.co.uk/arts-entertainment/films/news/tom-holland-zendaya-spider-verse-b1974844.html Tom Holland and Zendaya Want to Star in Spider-Verse Animated Movie: ‘Put Us in Your Movie’