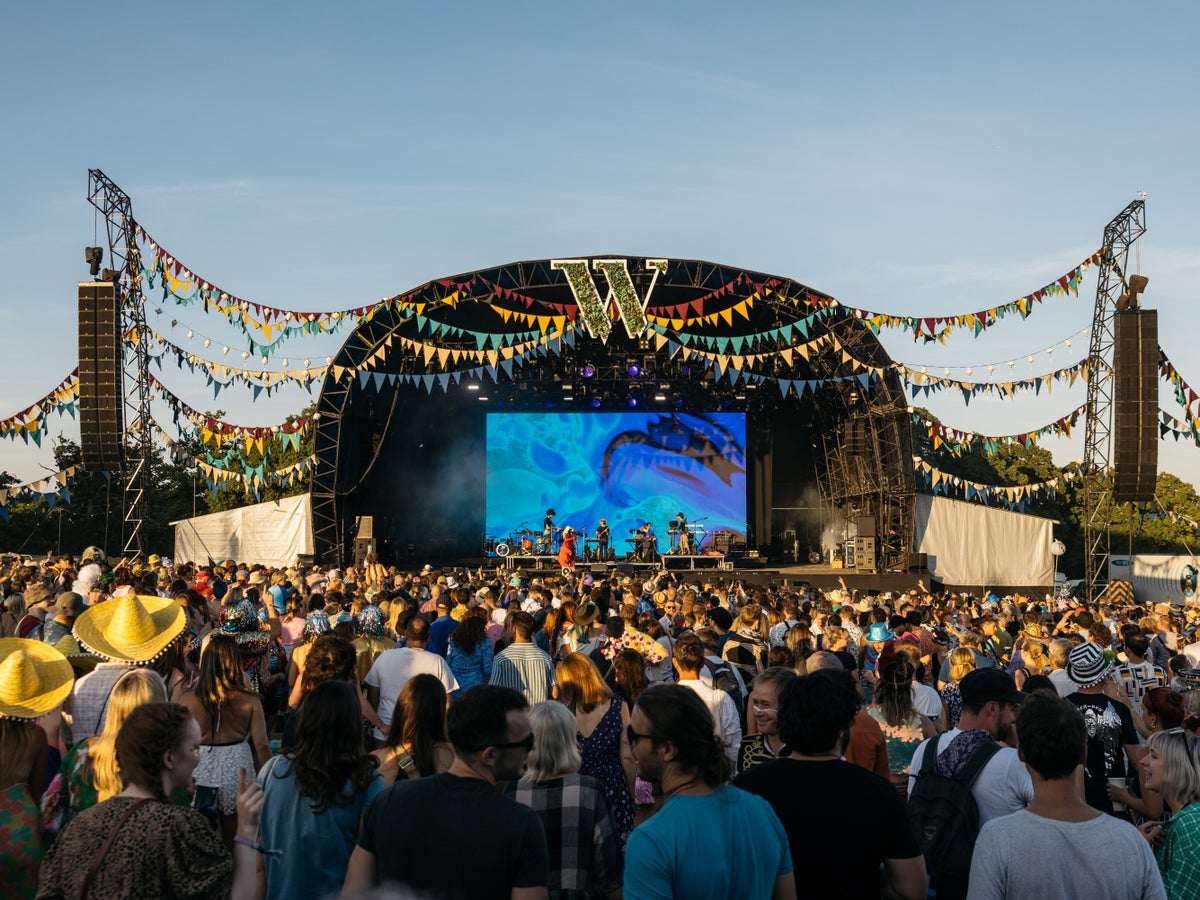 Any review of the Wilderness Festival must begin by acknowledging the elephant in the room. This is a fancy festival. Or rather, this is a decidedly middle-class festival, a family-friendly event that seems to place just as much emphasis on the upscale “experiences” it offers — a range of health and spa activities, horseback riding, archery, and fine dining — like the music itself. However, if you squint a little, those four days in the glorious Oxfordshire sun don’t feel all that different from any of the UK’s other big festivals – there’s just a little more room to breathe.

The celebrations begin with a slow crescendo on Thursday. There’s comedy from Suzi Ruffell, Michelle de Swarte (who ironically describes Wilderness as “pretty white…there’s only one set of blacks”) and Russell Kane, who begins his set with Covid canceling last year’s festival (had it Not). ) before kicking off in a solid 40 minutes of high-energy, unimaginative babble. Far more entertaining is the Dutty Moonshine Big Band, whose charismatic mix of hip-hop, dance, bounce and jazz (complete with a seven-piece horn section) fills the atrium stage.

Sophie Ellis-Bexter opens the main stage on Friday with a lively array of retro-pop bangers (culminating in a feel-good cover of Disco Inferno). Later in the day, the crowds gather for a well-received DJ set by Peggy Gou before the weekend’s first headliners, Jungle, perform. Mainly from her 2021 album love in stereo, the British dance-pop group delivers a sophisticated and lovable live performance; Songs like the breezy, infectious “Keep Moving” and the disco-tinged “Talk About It” really shine in the live arrangements. It’s all a bit the same, though, and they’re not exactly natural headliners: their stage presentation all but anonymizes the band’s seven members. (The lack of video screens on stage doesn’t help.)

In that regard, Saturday’s Personality First headliner couldn’t be more different. Years & Years, the longstanding musical project by It’s a sin‘s Olly Alexander deliver a satisfying set with intricate stage design, video flourishes and polished dance choreography. Years & Years’ upbeat dance pop has never been my thing, but the gig has an undeniable energy. The setlist is very similar to this year’s night call (the catchy title track; the ecstatic “Starstruck”), which is peppered with material from the other two albums the band released before Years & Years turned into Alexander’s solo project.

Closing out the festival on Sunday will be Underworld, the electronic music duo best known for their 1998 track ‘Born Slippy .NUXX’, which is memorably featured on the soundtrack train spotting Mixer Rick Smith and singer/dancer/allrounder Karl Hyde are both in their 60’s now; There’s something quite invigorating about watching two old geezers hop around like men half their age. My biggest gripe is the 2019 inclusion of the track “STAR,” a goofy, cryptic dance track that name-checks celebrities from Robin Hood to Ayrton Senna to Nye Bevan while the names flash in big letters on the screen behind. It feels aimlessly crass when names like “Rosa Parks” come immediately before “Johnny Depp.” When they entered “Born Slippy” at the climax, this was quickly forgotten.

None of the people I talk to at the campsite claim to have been lured here by the lineup: they were drawn by the experiences or the (rather breathtakingly picturesque) scenery. But ultimately – inevitably – it was the music that provided the richest experiences here. Many of the standout sets can be found off the beaten path: Balkan folk music by shunTA; sparkling indie songs from Dutch rocker Pip Blom. Best of all was a mischievously brilliant set by Irish band The Mary Wallopers, whose open and cheerful disdain seems almost entirely unnoticed by the audience. When the music is that good, the rest becomes peaceful white noise.

https://www.independent.co.uk/arts-entertainment/music/reviews/wilderness-festival-review-jungle-years-underworld-b2140548.html Throwback to the Wilderness Festival: A surprisingly rich music experience in a mid-range oasis

Declan Donnelly pays tribute to his brother at the funeral