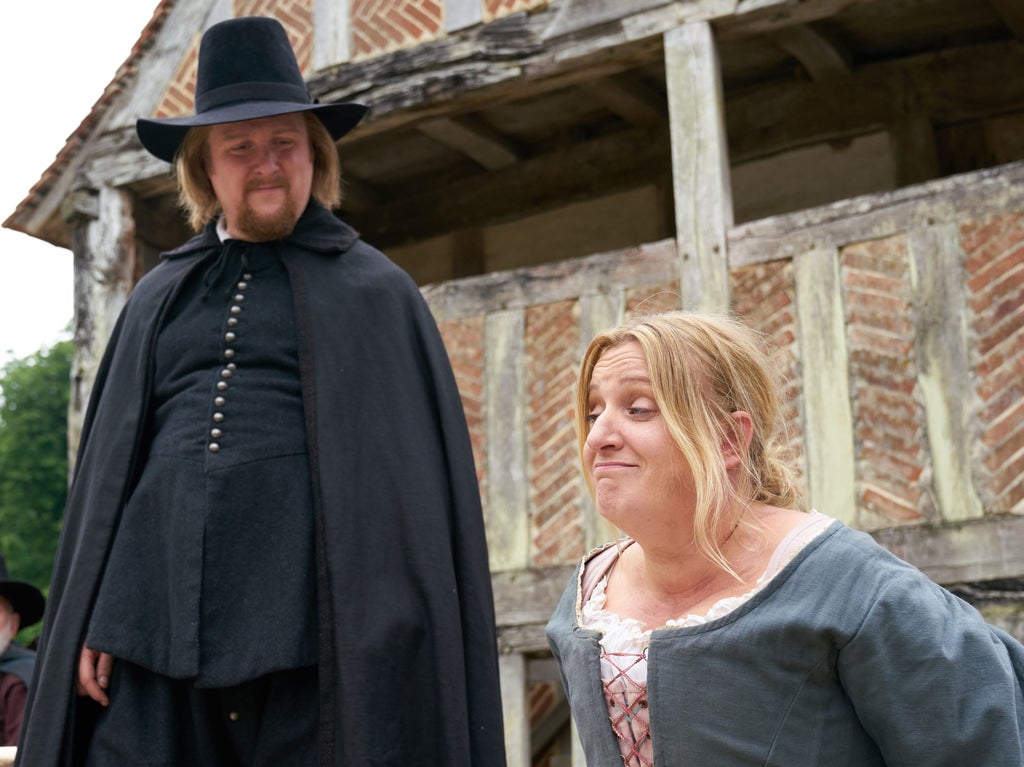 What is this magic? Somehow, like a normally brilliant magician on a day off, the BBC threw some of the very best talent into its cauldron of comedy – but produced something mediocre. Where from The witch finder should a potion be mighty trouble, it’s just fairly amusing, not bad television.

It’s very strange that the producers are cursed for some unidentified past sins – and yet their track records are impeccable. Tim Key, for example, plays the title role of Gideon, an ambitious but incompetent young witch-finder in the English Civil War. Key is a very talented comedian, actor and writer and the role should suit him like one of the big floppy Jacobean hats his character likes to wear to intimidate the common people; but somehow Key doesn’t quite find Bannister’s impressive but nuanced ineptitude. Assisted by a willing but quick-witted wench named Old Myers (Jessica Hynes), Bannister acquires Hebble (Daniel Rigby), a murderous rival in search of witches – two other great comedic talents trying to turn base metal into comedy gold transform. and end up with this OK kind of alloy.

Daisy May Cooper who was so captivating This countryShe does better than Thomasine Gooch, a foul-mouthed, “difficult” woman accused of “magically culling a pig” and apparently making hairy bacon in the process (it’s a particularly ugly carcass). She’s innocent, even by the strange standards of witch hunting. Bannister knows it, but he’s pursuing her case anyway. Through a convoluted plot involving another deceased witch-finder that I don’t fully understand, he seizes Gooch as his chance to make it big in the necromancy eradication business. So the two made their way to the Assize Courts in Chelmsford. There’s good banter along the way – Cooper is adept at hexing her enemies, and there are some neat gags involving severed fingers and other silly witchcraft – but nothing wonderful.

The script is penned by Neil and Rob Gibbons, the brothers behind so many of the nuanced absurdities of Alan Partridge’s recent release, but somehow their Midas touch seems to have deserted them. It strikes me that Steve Coogan is the script consultant and executive producer, and there’s a pretty strong taste of Partridge tongue in this concoction, so to speak – but without Coogan himself on screen. In other words, The witch finder would have been a more sulphurous cocktail – I mean better – if Coogan had been cast as Bannister. Instead, his usual pal got the gig.

Bannister and Gooch’s journey on horseback and foot through 1640s East Anglia brings them into encounters with some of the most established and emerging talent including Julian Barratt, Tuwaine Barrett, Celeste Dring, Vincent Franklin, Cariad Lloyd, Allan Mustafa, Reece Shearsmith and Ellie White. This amazing group should be enough “for a spell of mighty trouble, boil and bubble like hell broth,” as one witch once said, but we’ll end up with a lukewarm pot noodle. Disappointing.

https://www.independent.co.uk/arts-entertainment/tv/reviews/witchfinder-daisy-may-cooper-tim-key-b2031041.html The Witchfinder Review: Some of the best comedy talent has produced something oddly mediocre

Who cast me as Celebrity Tonight? Snoochie Shy was kicked out of the show