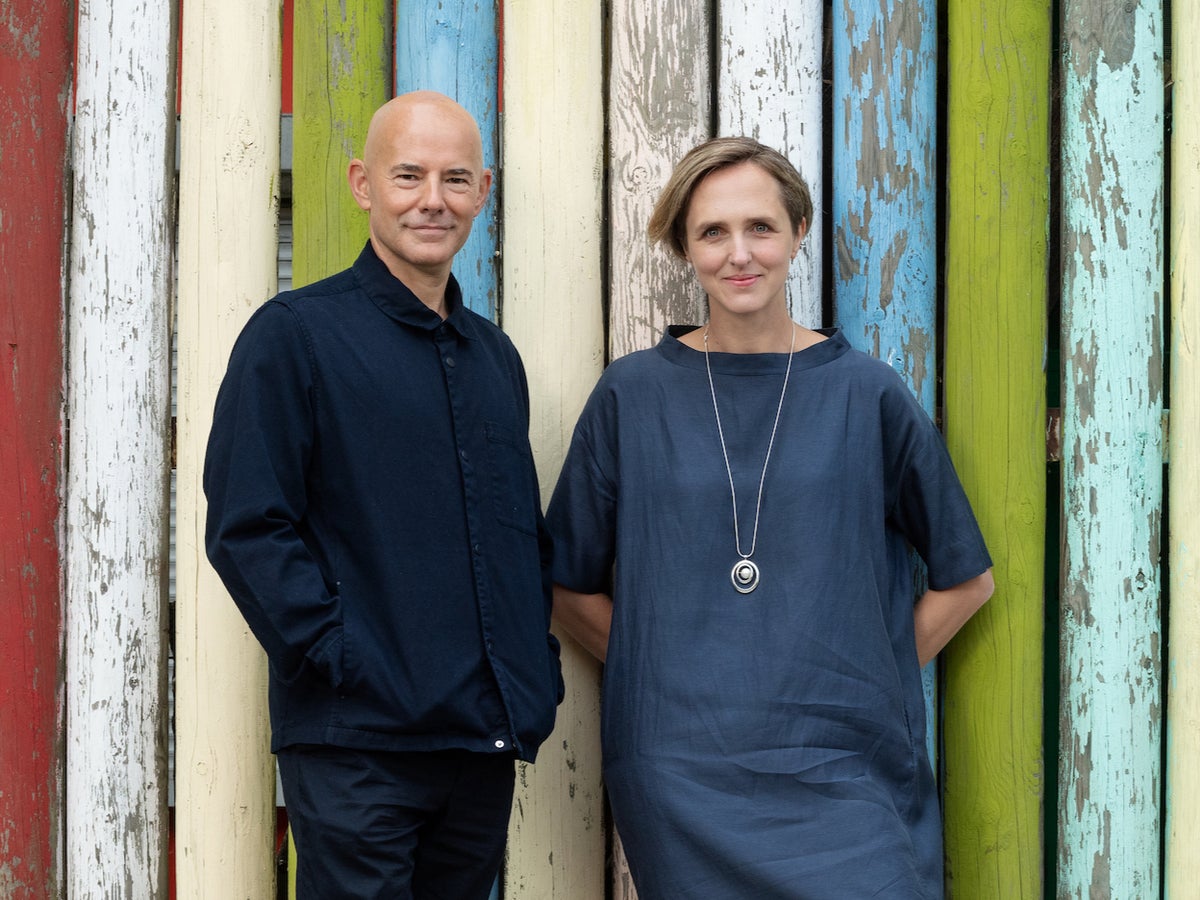 The director couple, who applied for the position together, will assume the responsibilities following the retirement of Gregory Doran from June 2023.

Evans received two Olivier Awards for his Sondheim performances, while Harvey’s first professional job in theater was as an assistant director on Shakespeare’s Globe under Mark Rylance.

Erica Whyman is currently the acting artistic director of the theater company after Gregory Doran announced last September that he was taking a period of pity leave to look after his husband Sir Antony Sher.

The theater star later died of cancer in December aged 72 and Doran confirmed he would step down from the position in April.

Evans said: “I was fortunate to see so many inspirational performances at Stratford during my teenage years and later celebrated my 21st birthday there during my first professional job out of drama school. It is therefore of immense importance for me to return to the RSC as Co-Artistic Director. Doing this alongside Tamara is a pleasure and a privilege.

“We share deep-rooted values ​​and an ambitious vision for the company, and we both look forward to working with Catherine and the team to begin this new, exciting chapter in the history of the RSC.”

Harvey said: “When I was 15, being taken to Stratford to see Murder In The Cathedral at the Swan was one of the most vivid moments of my childhood. A sense of awe, but even then a desire to get in there and start playing: two feelings I still cherish to this day.

“Starting this job is both the most exciting and scary thing I’ve ever done. The great joy of working with Daniel, an artist I admire beyond measure, is that we share both this excitement and awe at becoming the next Keepers of this amazing enterprise.

“We bring with us a shared belief in all that the RSC can be – a home for radical, relevant theater made by artists from across the UK and around the world. A global community inspired by Shakespeare, bringing together countless voices to tell the stories of our time – and of all times.”

Vadera said, “The Board is pleased to appoint Daniel and Tamara as Co-Artistic Directors from an exceptionally strong field of candidates.

“You bring a brilliant track record of artistic achievement with a strong commitment to education, communities and nurturing diverse talent and voices, as well as a proven strategic ability to lead large corporations.

“Their partnership heralds an exciting vision for the future of the RSC to attract world-class artistic talent, engage today’s audiences with Shakespeare, classics and new works, and radically expand the reach and impact of our groundbreaking learning, partnerships and digital work increase.”

At the request of the board, Whyman will remain as Assistant Artistic Director until June 2023, when he will leave the company to pursue a freelance career.

Doran has assumed the role of artistic director emeritus through the end of 2023 and will direct his 50th production for the company in spring 2023.

RSC Executive Director Catherine Mallyon said: “I look forward to beginning a new leadership relationship with Daniel and Tamara who have a deep understanding of the RSC as a theater and educational organization combined with a high level of skill, imagination and the talent and commitment required to create compelling theatre, unleash potential and inspire change.”

Additional reporting from the Press Association

Nvidia RTX Remix does not work with all classic PC games