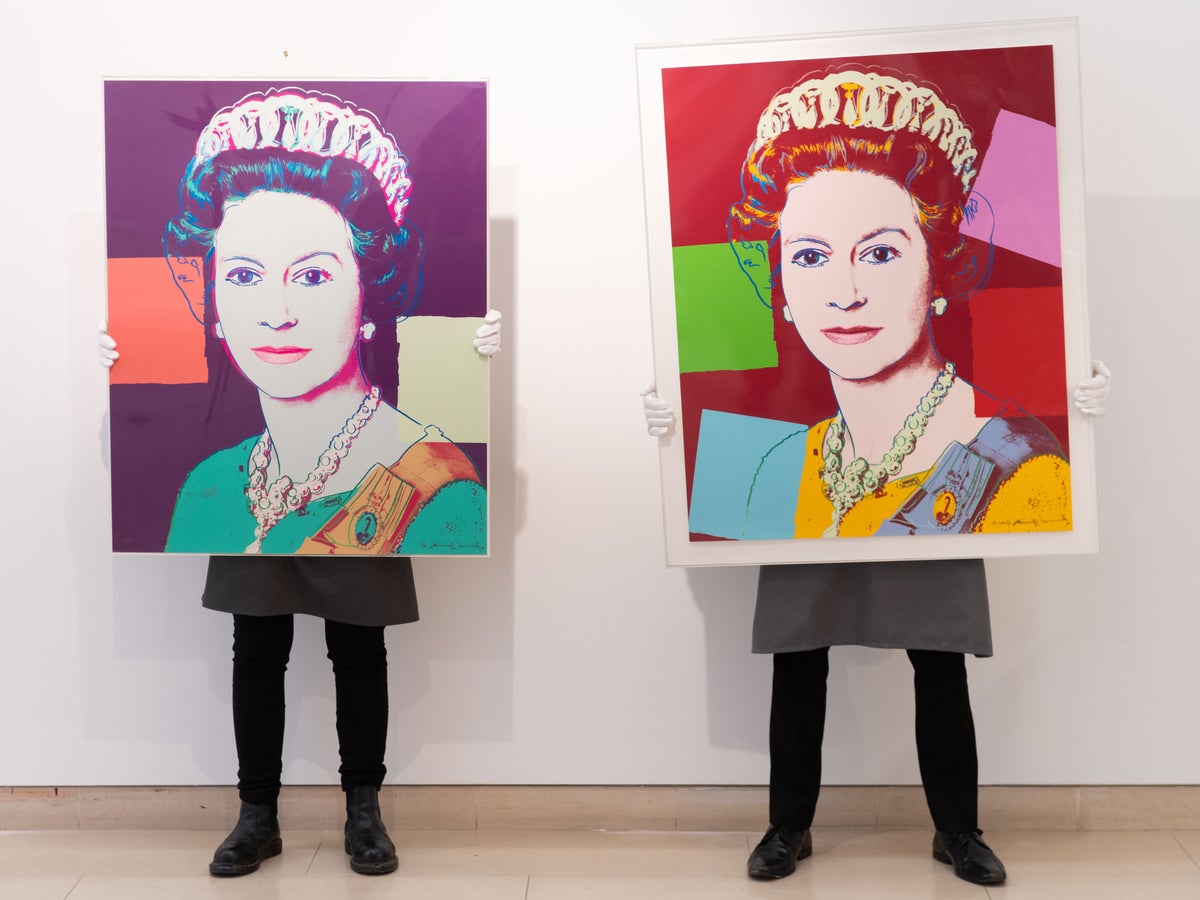 SHe has been the face of our banknotes for 60 years, subtly aged in successive engravings and sporting a slightly inauthentic smile around the corners of his mouth in recent years.

Until we stopped writing letters, her face appeared in the top right corner of every envelope we mailed.

Her face has become as familiar to us as that of our own mothers, although its range of expression is more limited.

For more than half a century, the Queen nailed an expression of suave half-interest, a few notches above indifference without breaking into actual zeal when confronted with everything from sixties rock ‘n’ roll and the Profumo Affair to to Thatcherism, gay rights and the internet.

She met everyone with the same indifferent gaze, and in the popular culture of her reign, this face was used for a variety of effects.

First there were photos, then television.

The nation’s first sighting of the former Princess Elizabeth as Queen was at London Airport in 1952, when she returned early from a trip to Kenya after learning that her father, King George VI, had died.

As she descended the aircraft stairs, she looked slim, pale-faced, dressed in black, shocked by the burden of anticipation on her shoulders – but by no means regal.

Sixteen months later, on Coronation Day, June 2, 1953, half the nation gathered around newfangled televisions as Geoffrey Fisher, the Dinosaur Archbishop of Canterbury, crowned her and presented “Queen Elizabeth, your undoubted Queen”.

The slight 27-year-old in her white silk dress looked serious, her hands folded demurely in her lap. She seemed far too young and girly to be a successor to Queen Victoria.

In the 1950s she embodied the image of young British motherhood in twin sets and skirts. But as the 1960s exploded into a riot of colour, youth and classless, anti-establishment glee, the royals seemed boringly irrelevant.

Things improved in 1969 when Richard Cawston was allowed to bring television cameras into the sacred present: The Royal family became the most-watched documentary in television history (with 23 million viewers), earning praise even from left-wing reviewers.

But in 1977, the year of the silver jubilee, the royal house was under attack.

The Sex Pistols, gangster leaders of the punk revolution, released “God Save the Queen” (“A Fascist Regime… She’s Not Human”), which had the monarch’s face on its sleeve, its eyes and mouth obliterated by those of the band’s names and the title of the single.

It was a bit of a cheek on the part of designer Jamie Reid, but the record went to number two on the charts and the image entered the national consciousness.

She continued to be abused in the mid-1980s when Spitting imagethe latex puppet theater, routinely portrayed her as a staunch anti-Thatcherist: she received a campaign badge for nuclear disarmament (or sometimes a badge of the Socialist Workers’ Party) and posed next to a bust of Vladimir Lenin.

Writers liked to play with the Queen’s ideas outside of their comfort zone.

Sue Townsend has published her novel The Queen and I In 1992, he envisioned that following a Republican coup, the royal family would be forced to exist on a council estate in “Hell Close,” a piece of suburbia where the Queen is forbidden from keeping her corgis at home or horses on the Grazing garden and has to wait five hours to see an NHS doctor.

It’s an invigorating reality check for the spoiled royals, but Her Majesty is learning to conform, of course.

in the The Unusual Reader (2007), Alan Bennett speculated on what might happen if the Queen started borrowing novels from a mobile library and discovered the joys of literature. Deeply preoccupied with Dickens, the Brontes and Nancy Mitford, she neglects her duties and embarrasses visiting dignitaries by revealing her ignorance of Western canon.

It’s a charming lesson in the subversive power of reading, portraying the king as an avid learner rather than a rooted philistine.

But the Queen and popular culture were never natural bedfellows: their world was too backward-looking and traditional, too full of cold Scottish moorland, gunfights and concepts like the duty to share space with avant-garde art, boy bands and social media.

However, they were Princess Diana’s natural element, and when Diana died in 1997, public anger and grief looked for a culprit and found it in the Queen.

She had stayed at Balmoral (to comfort her grandchildren, the grieving young princes), while in London the grounds of Kensington Palace were adorned with flowers, teddy bears and sentimental poetry.

The empty flagpole above Buckingham Palace has become a damning symbol of royal neglect.

The week of constitutional drama – as monarch and subjects grapple with an unprecedented breakdown in their relationship – turned into a gripping film. The Queen (2006) directed by Stephen Frears and starring Helen Mirren as the embattled monarch.

The film convincingly conveyed a moment when the Queen was forced to balance genuine human concern with her instinctive royal detachment, and its subject was so impressed with his compassionate treatment of her dilemma that Frears and Mirren took Frears and Mirren to the palace for tea invited.

By the time of her Golden Jubilee in 2002, the Queen’s popularity had returned. Many predicted low turnout, but perhaps revived by the Queen Mother’s death and funeral that same year, huge crowds lined the Mall.

At the culmination of a huge “Party at the Palace” concert, the Queen took the stage surrounded by rock stars; only if she had reached up and tugged Ozzy Osbourne’s cheek could she have received a warmer welcome.

Her surprising intervention during the opening ceremony of the London 2012 Olympics, when she teamed up with James Bond (Daniel Craig) to allegedly take a helicopter ride and skydive into the Olympic Stadium, not only showed a willingness to embrace and participate in pop culture but in her fictions, a tacit admission that she herself had become an emblem of British culture, like 007 – or Sergeant Pepper or Patsy out Absolutely fantastic.

She was always a figure on the stage and in the soundtrack of her subjects’ lives, until the details of her life were eclipsed by the fact of her presence in our background – like a beloved building you pass by every day, a cherished portrait on a living room wall.

That process may have been somewhat halted by the arrival of Netflix The crown in 2016 who, like The Queenwas written by Peter Morgan and assessed the monarch’s decades-long career of public service and self-sacrifice in a largely benign light, with the program benefiting enormously from its star-studded cast and two particularly fine performances by Claire Foy and Olivia Colman as Elizabeth herself in various phases of their life.

We have taken the Queen’s presence for granted, but her image – oil painted, punky, mimicked, reviled, satirized, postmodernized – has always been in our peripheral vision, a symbol of continuity, strength and national devotion.

https://www.independent.co.uk/news/uk/home-news/queen-elizabeth-funeral-procession-image-art-television-b1786696.html The Queen is Dead: The Face That Brought A Thousand Likenesses

Can Canada get past the group stage at the World Cup?

Bruce Willis shows off his harmonica skills amid an aphasia diagnosis