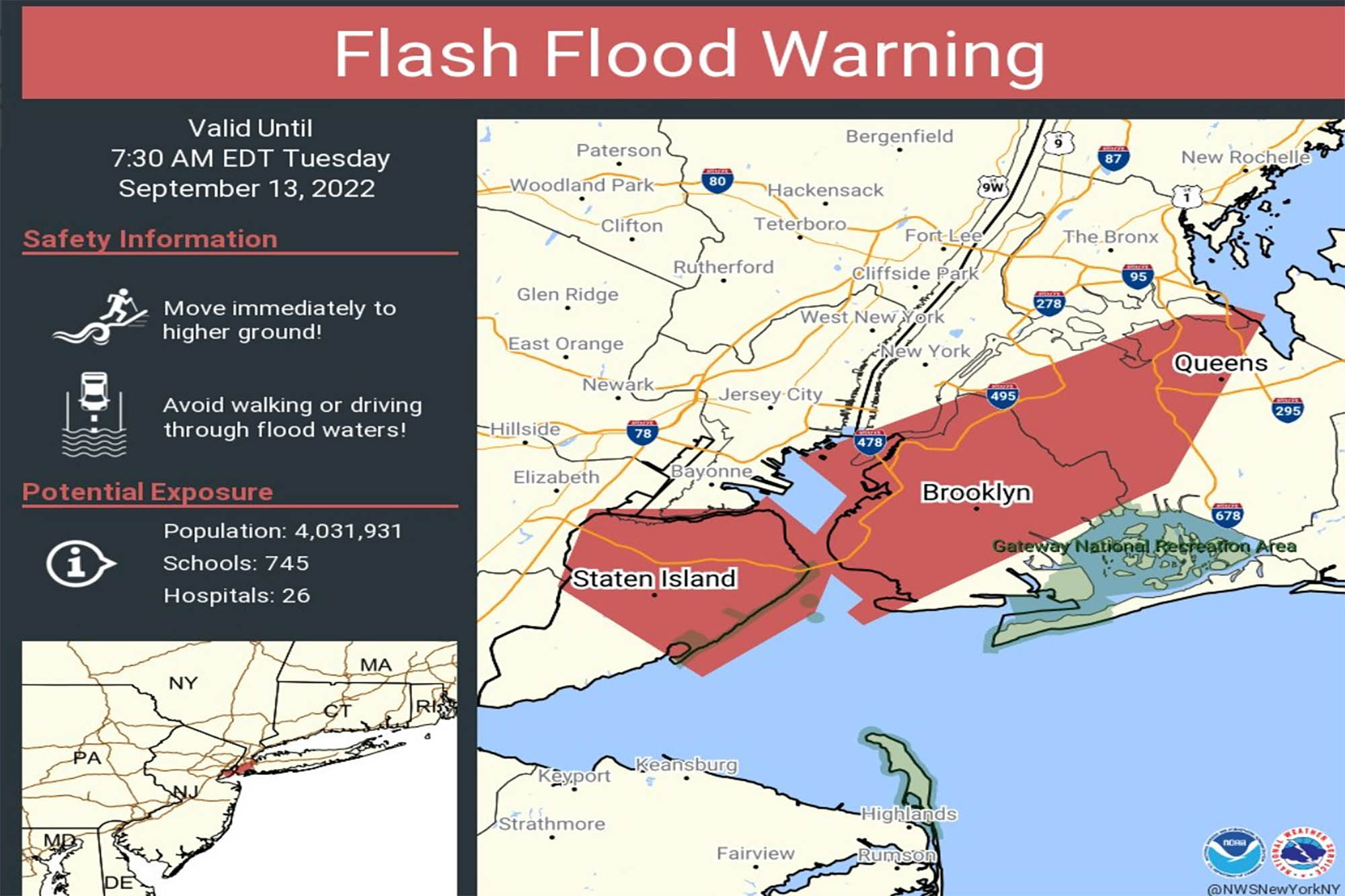 Have those umbrellas and rain boots ready for the morning commute.

Areas in the New York metro area are on a flash flood warning as storms creep into the Northeast and showers are expected to last throughout the day.

Queens, Brooklyn, Manhattan and Staten Island, as well as parts of New Jersey and Long Island have already experienced 2 inches of rain overnight, with an additional 1 to 2 inches expected in the next few hours.

Winds are currently varying between 10 and 15 mph from Kennedy and LaGuardia airports and are expected to remain so through early afternoon.

By late evening the storm will have cleared the area and winds are expected to ease.

Other areas in and near the metro area may be placed under weather warnings in the coming hours as the storm approaches.

A tornado watch for Kings County that was previously made ahead of schedule has been canceled.

From Wednesday through the rest of the week it will be reportedly clear skies and sunny, with temperatures ranging in the mid 70’s to low 80’s.

Spring storm warning as forecasters say heavy snow, tornadoes and FIRE could hit US this week