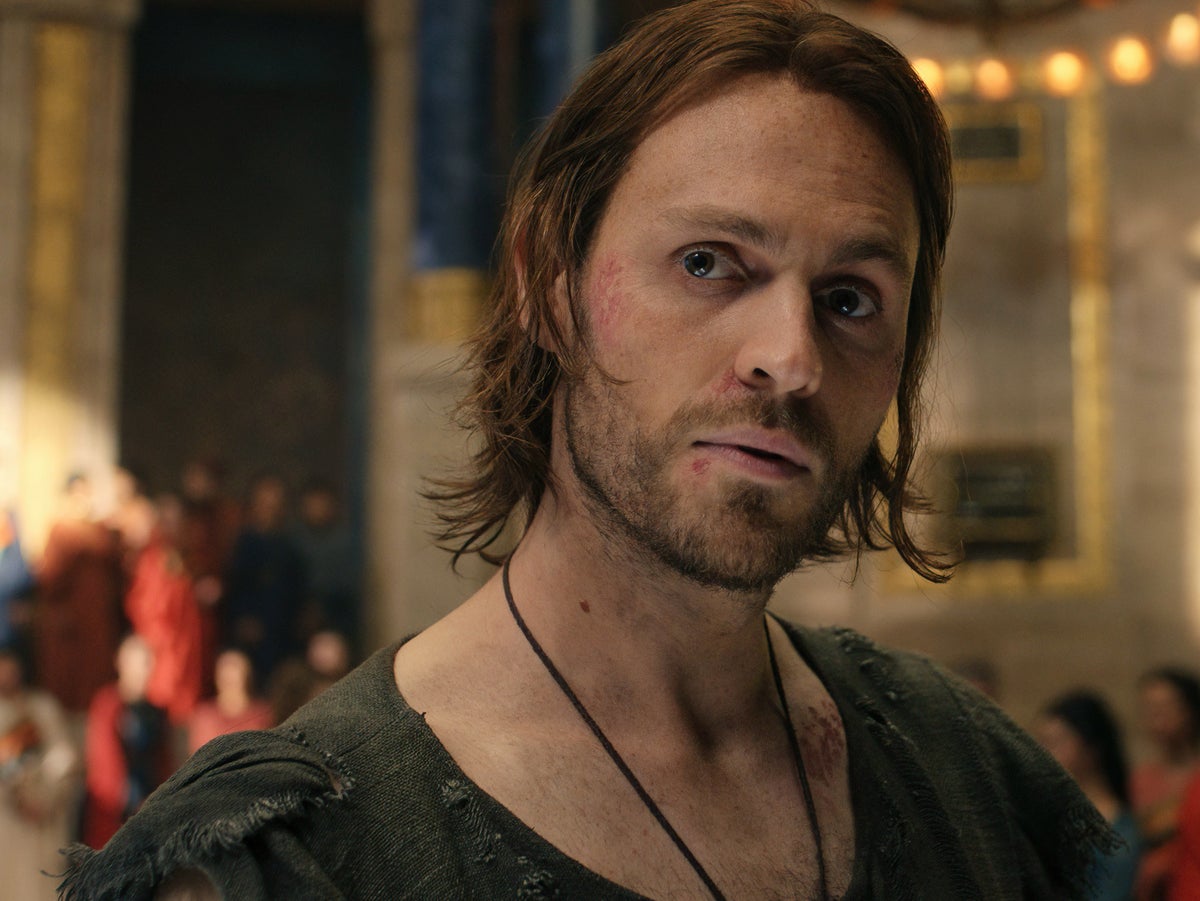 The third episode of The Lord of the Rings: The Rings of Power is titled “Adar,” and you probably shouldn’t read this play until you’ve seen it. There are some major revelations about where this story is going in this episode, so beware, spoilers. One thing we do not learn: who in Middle-earth this “Adar” is. That name goes unmentioned until the very last moment when poor old Arondir (Ismael Cruz Córdova) is dragged back to the pit where he was enslaved by orcs.

As it bounces miserably, he hears her yell, “Take him to Adar!” Who could this monster of depravity be? As we shall see, the true identity of Adar is just one of the intriguing mysteries unveiled in this latest installment of Amazon’s JRR Tolkien-inspired fantasy epic. Here are the four biggest questions we need answers to after watching the episode…

What do the people of Númenor have against elves?

One of the most spectacular sequences in this week’s episode was the arrival of the castaways Galadriel (Morfydd Clark) and Halbrand (Charlie Vickers) on the island of Númenor, sailing through a narrow bay past towering rock carvings. A quick refresher: Númenor is an Isle of Men in the extreme west of the Great Sea. They are the descendants of the humans who sided with the elves in their fight against the insidious Morgoth, unlike the humans we encountered in previous episodes in the Southlands, whose ancestors collaborated with Morgoth and his orcs.

Despite this, by the time Galadriel appears, the islanders have severed all ties with the elves. In fact, everyone except for the kindhearted ship’s captain, Elendil (Lloyd Owen), who got Galdriel and Halbrand out of the water first, seems pretty racist towards them. (With a bit of nominative determinism, we learn that in Quenya, the ancient elven language created by Tolkien, Elendil is translated as “The Elven Friend”). What happened to the rest of the Númenóreans that they turned so sharply against the elves?

And why are they so worried about Galadriel showing up?

While the Númenóreans have generally turned against the elves, the arrival of Galadriel in particular seems to be a cause for concern. Towards the end of the episode, Númenor’s Queen Regent Miriel (Cynthia Addai-Robinson) visits her father and stutters, “It is here, father. Just as we feared… the elf has arrived.” Did Galadriel’s arrival fulfill a long-foretold prophecy? And if so, couldn’t they all have been a little less surprised to see her?

Can Halbrand reclaim his throne in the Southlands?

Galadriel makes a series of significant discoveries when Captain Elendil kindly takes them to Númenor’s Hall of Laws. Significantly, this ancient library was first compiled by Elros, brother of Galadriel’s old companion Elrond (Robert Aramayo). The first major discovery is that the mark of Sauron she sees everywhere is not just a sigil, but actually a map of the Southlands. She realizes that Sauron plans to create an empire there for evil to flourish.

That’s not her only shocking revelation about the region: she also learns that the rightful king of the Southlands is none other than Halbrand, the total stranger she met in the middle of the ocean and with whom she was stranded on a raft until recently was. Galadriel has a hard time attributing this to chance (she’s not the only one). When she visits Halbrand in prison, she tries to convince him that their meeting was more than destiny – it was a sign that the pair should travel to Middle-earth together to fight Sauron together. Halbrand isn’t so sure, reminding the eager elf that he still feels a little ashamed that it was his own family who once swore a blood oath to Morgoth. How can she convince him to live up to his name again and fight at her side? Tell him it will be good for his Elf.

And who the hell is Adar?

We’re into three episodes now and the great villain Sauron is still nowhere to be seen. In his place as the antagonist is Adar (Joseph Mawle), an evil character we’ve only seen glimpses of so far. He is in the Southlands at the end of this episode when the orcs drag Arondir in chains to see him. He has also been teased in promotional material with images of a spiked glove grasping a horrifying black blade. However, the biggest clue to his identity came in a brief recording from a recent one Rings of Power Trailer showing a figure with long dark hair looking down at a pack of torch-wielding orcs. The strangest thing about this picture? The figure has the unmistakably pointy ears of an elf! Could Adar be a fallen elf somehow tricked by Sauron into leading the orcs while in hiding? And could the identity of this mysterious elf have meaning for our hero Galadriel? The next chapter can’t come soon enough.

The Rings of Power can be seen on Amazon Prime Video

https://www.independent.co.uk/arts-entertainment/tv/reviews/lord-of-the-rings-rings-of-power-episode-3-biggest-talking-points-b2162310.html The Lord of the Rings – The Rings of Power: The Four Biggest Talking Points from Episode 3

Will there ever be a release date for iPhone RCS Messaging?

Emma Tustin: Evil ‘stepmom’ ‘had salt thrown in the face by fellow prisoners’

The latest Meghan Markle news – Prince Harry has NEVER properly apologized for his racism and is not a woke icon, Bishop claims