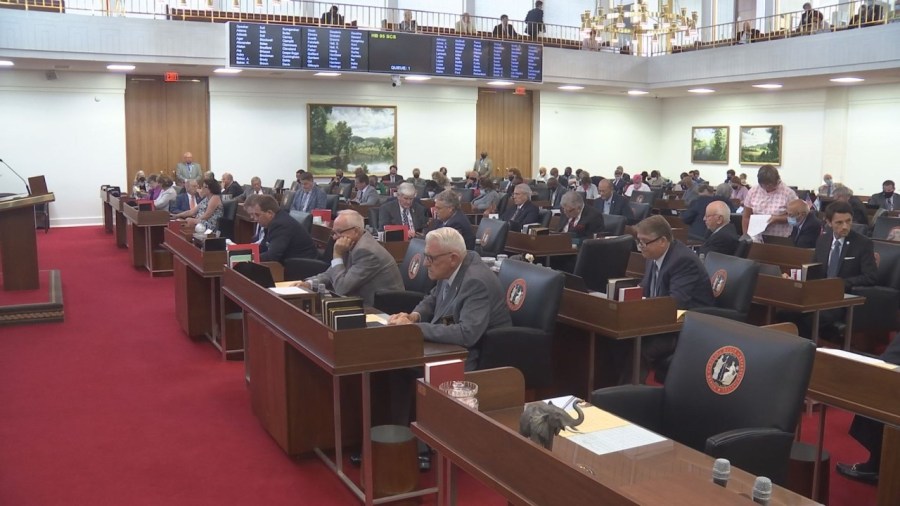 RALEIGH, NC (WNCN) – A bipartisan majority in the General Assembly finally approved the state budget on Friday and referred it to Gov. Roy Cooper (D).

The Senate approved by a vote of 36 to 8 and the House of Representatives by 82 to 25, both with wide enough margin to override a veto should Cooper issue one.

While the budget includes pay rises for state employees and teachers, some have called on Cooper to veto the budget, saying the increases are not keeping pace with inflation at a time when the state is facing a historic staffing problem is. Cooper has not yet said what action he will take.

“The vacancy rate in some of our units and departments is over 50 percent. Our hospitals and facilities are having to close units,” said Dr. Rakesh Patel, who works at Central Regional Hospital, one of the state’s three psychiatric hospitals. “This budget does absolutely nothing to meet the absolute urgency that is at the moment. We assume that facilities will be closed.”

The $27.9 billion budget that Republicans drafted and unveiled earlier this week would earn most state employees a 3.5 percent pay rise. Teachers would get an average 4.2 percent pay rise. Heads of state recently learned that North Carolina has a surplus of more than $6 billion.

According to new data obtained by CBS 17 from the NC Office of State Human Resources, the vacancy rate in state agencies is rising rapidly. It rose from 14.7 percent in April 2021 to 21.3 percent in April this year.

A document from OSHR, released in response to a query, says the state is experiencing “unprecedented attrition” and is facing “urgent funding needs.”

Currently, about 8 percent of government employees are eligible for full benefit retirement. Within the next five years, this proportion will rise to 25 percent.

When asked if he thought the pay rises approved by the General Assembly would be enough to address the staffing issues, House Speaker Tim Moore (R-Cleveland) said, “You know what, I don’t know.”

He said Republicans remained concerned about the potential for a recession and put $1 billion of the surplus in a new fund to fight inflation and a downturn in the economy. The budget also increases the Rainy Day fund to $4.75 billion.

“We’ve really been topping up the savings reserve, not to save for some crazy reason, just to make sure that if we hit headwinds over the next few months, we don’t end up in a situation where we can’t meet our bills pay as a state,” Moore said. “I was here and saw the situation where there was compulsory furlough and other layoffs.”

Kim Mackey, a Wake County social studies teacher, said teacher pay increases have not kept pace with inflation in years, even before the dramatic rise in inflation that has occurred recently.

“We have another year where inflation is really the focus, and our state could have done better and decided against it,” Mackey said. “Even by the people who haven’t quit, there’s a lot of talk about people who are looking and planning to leave.”

Recalling what happened during the Great Recession of 2007-2009, spokesman Moore said leaders wanted to avoid wage cuts and layoffs.

“I was here and saw the situation where there was forced leave,” he said. “Part of it, if you see some things coming along the way that could be problems, I would unfortunately file for a lot of the federal policies that are happening, if you’re smart, plan that.”

How your donation makes a difference to hospices across UP