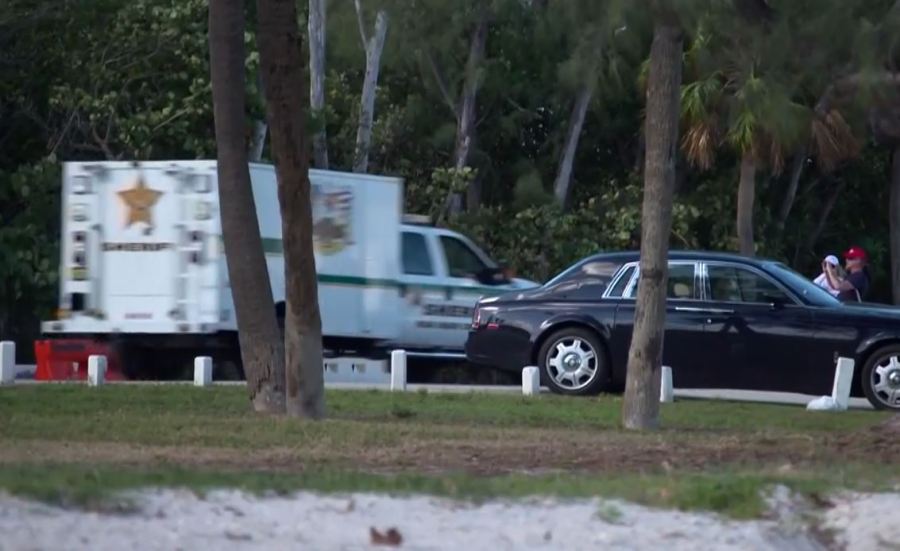 (The Hill) – The FBI on Monday executed a search warrant on former President Trump’s Florida home, the ex-president said, lashing out at law enforcement in what he called “political prosecution.”

“My beautiful Mar A Lago home in Palm Beach, Florida is currently under siege, raid and occupation by a large group of FBI agents,” Trump said in a statement, which included a link for donations to his political action committee.

“Having worked and cooperated with the appropriate government agencies, this unannounced raid on my home was neither necessary nor appropriate.”

The remarkable execution of a search warrant at a former president’s home comes as the Justice Department accelerated its investigation into the Jan. 6, 2021 attack on the Capitol and investigated the actions Trump took to overturn the 2020 election results and take power stay .

It wasn’t immediately clear what was being investigated during the search, nor what the search warrant specified, but Trump said law enforcement officers “even broke into my safe.”

The New York Times reported that the search appears to have focused on records Trump brought to the Mar-a-Lago estate after leaving the White House.

Last year, the National Archives reportedly asked the Justice Department to investigate after authorities seized 15 boxes of materials from Trump’s Florida home that should have been left with government archivists.

For the past few weeks, the DOJ has focused on Trump’s efforts to stay in power through a phony campaign platform and to transmit what campaign officials have described as “fake” voting certificates to reverse President Biden’s winning 2020 elections in key states make. The department has reportedly convened a federal grand jury to investigate the plan, in addition to the grand jury investigation into the Jan. 6 attack.

It had also previously executed search warrants against two attorneys who worked with the former president.

The DOJ confiscated the phone of John Eastman, who authored campaign memos detailing improper election strategy and a plan for then-Vice President Mike Pence to defy his ceremonial duty to confirm the election results. And it also searched the home of Jeffrey Clark, an assistant attorney general who Trump wanted to install as attorney general so he could launch an investigation into his unsubstantiated allegations of voter fraud.

But there are indications that the DOJ may have expanded its investigation.

The two men may be able to take a broader look at Trump’s actions before Jan. 6. Cipollone has resisted another plan by Trump campaign attorneys to seize voting machines. He also had concerns about the legality of Trump’s plans to march to the Capitol on Jan. 6, according to testimony by White House aide Cassidy Hutchinson before the House committee investigating the attack.

Kenneth Klukowski, a former deputy to Clark, is also reportedly cooperating with the Justice Department investigation.

In his lengthy statement, Trump railed against the search and compared it to Watergate.

“Here, conversely, Democrats broke into the home of the 45th President of the United States,” he wrote.

https://www.cbs17.com/news/political-news/trump-says-fbi-raided-mar-a-lago/ The FBI is searching Trump’s Mar-a-Lago estate – “even broke into my safe,” says the former president

The Archers: Last original cast member to retire from radio show after more than 70 years

TODAY 2 PM: Start your day with all the top headlines for February 14