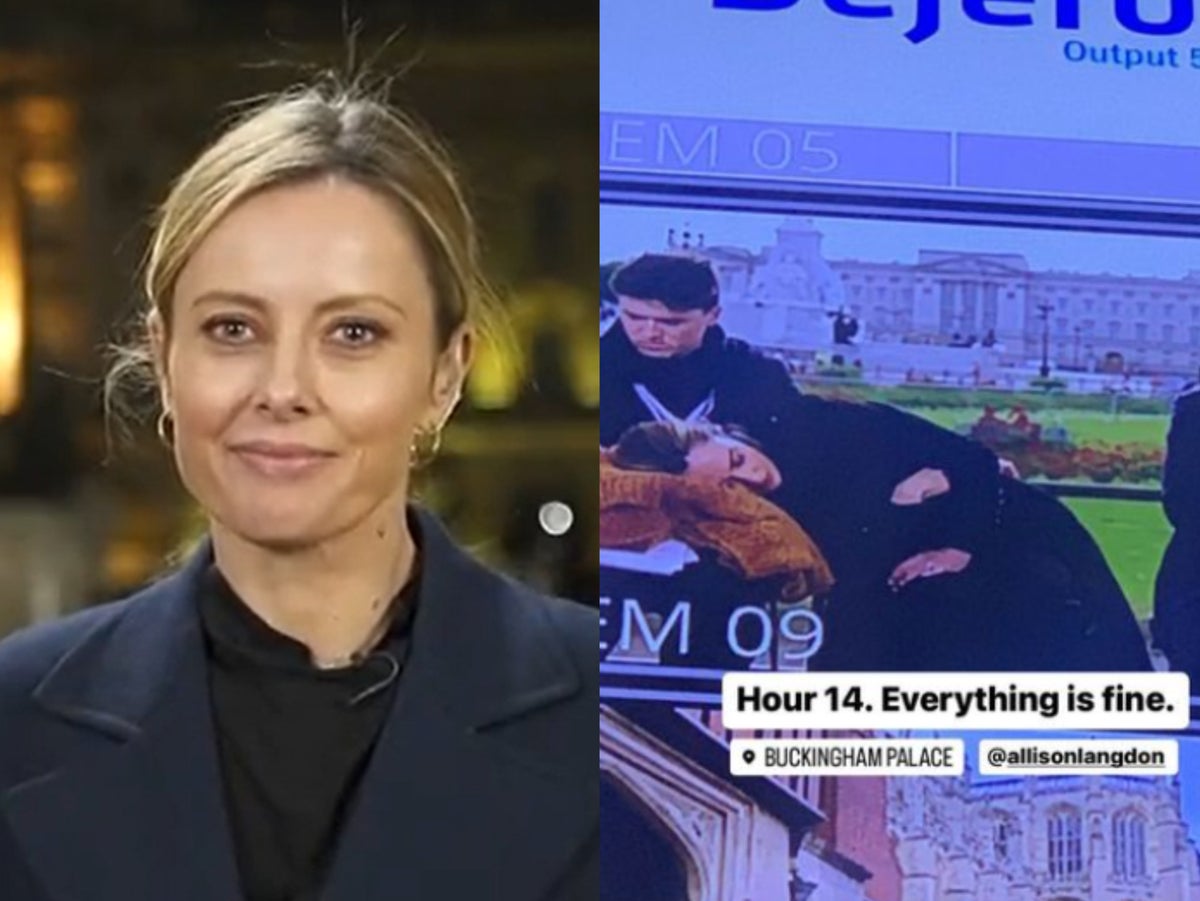 Australian TV presenter Allison Langdon was spotted falling asleep on camera after a long shift for the funeral of Queen Elizabeth II.

The funeral of the late monarch was held on Monday September 19 (a national holiday) and news channels from around the world covered the event.

Langdon presented from the funeral for Australian broadcaster Nine Network in her role as presenter today.

Viewers took to social media to share images of the presenter, who appeared to be sleeping, with her head resting on a folded jacket.

She then re-shared the picture to her Instagram page, along with the caption, “Hour 14. Everything is fine.”

Langdon previously shared a post in which she described being able to cover the monarch’s funeral as “a privilege”.

“A privilege to see the late Queen’s final departure from Buckingham Palace,” she wrote. “A woman who meant so much to so many people. What a farewell.”

Elsewhere during yesterday’s coverage of the funeral, two Australian news presenters failed to identify British Prime Minister Liz Truss during a broadcast, mistaking her for a “little queen”.

You can read The Independent‘s take on BBC and ITV funeral coverage here.

https://www.independent.co.uk/arts-entertainment/tv/news/queen-elizabeth-funeral-australian-tv-asleep-b2170928.html The Australian TV presenter falls asleep on camera after 14 hours of coverage of Queen’s funeral

Inside Man, Review: A weeknight crowd pleaser with some silly plot choices

Chris Cuomo’s fate at CNN revealed amid scandal with brother