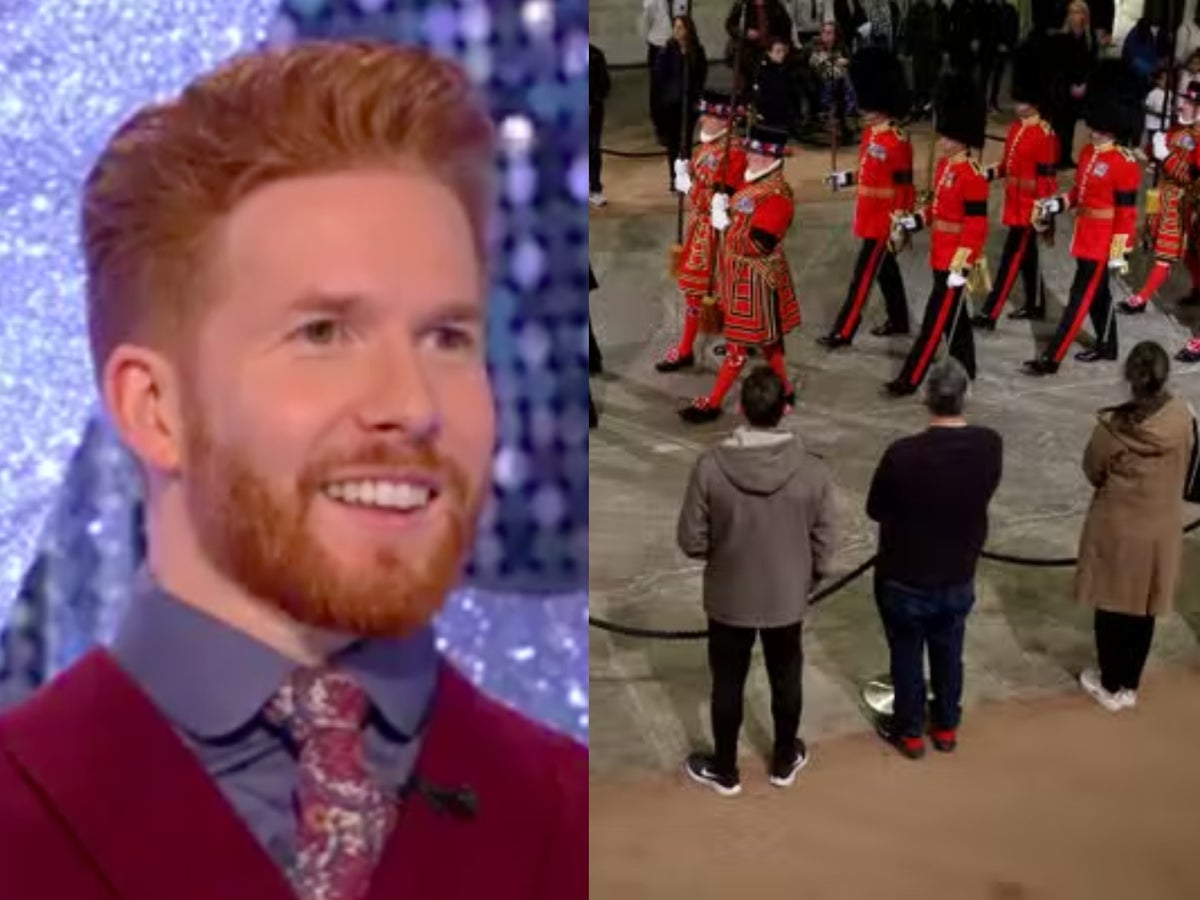 Be sure to come dance Star Neil Jones has reflected on the “incredible moment” he queued up to see the Queen lay in state.

The last of the mourners to see the Queen’s coffin have now left Westminster Hall and her four-day state rest comes to an end on Monday (September 19) as the UK prepares to walk away from its 70-year-old monarch say goodbye.

Jones and his girlfriend island of love Star Chyna Mills, were among a number of celebrities who joined the mile-long line to see the coffin. You can see a full list of stars that have performed here.

In a letter on Instagram on Monday (September 19), Jones apologized to his followers for not responding to their messages recently.

“As you have gathered from my stories, we queued for over 12 hours to pay our respects to the Queen in state,” he wrote.

“I have to say this is one of the most incredible moments of my life that I will never forget. I want to thank everyone we met on the walk yesterday. Thank you for the conversations, the laughter and the entertainment, especially for the shared experience.

“We had a mother and daughter who pushed their son in a wheelchair and were told many times they could skip the line and skip the fast lane, but they refused each time because they wanted to go with all of us.”

Jones was joined by stars such as David Beckham, Tilda Swinton and Sharon Osbourne.

You’re Beautiful singer James Blunt also starred in the series. On Twitter, he joked that he was “guided to the front” of the queue.

You can follow live updates from the Queen’s funeral here.

https://www.independent.co.uk/arts-entertainment/tv/news/queen-lying-in-state-neil-jones-b2170279.html Strictly Star Neil Jones praises the mother with son in a wheelchair who has turned down offers to skip the line in the state

Alison Roman’s cooking show on CNN will premiere this fall