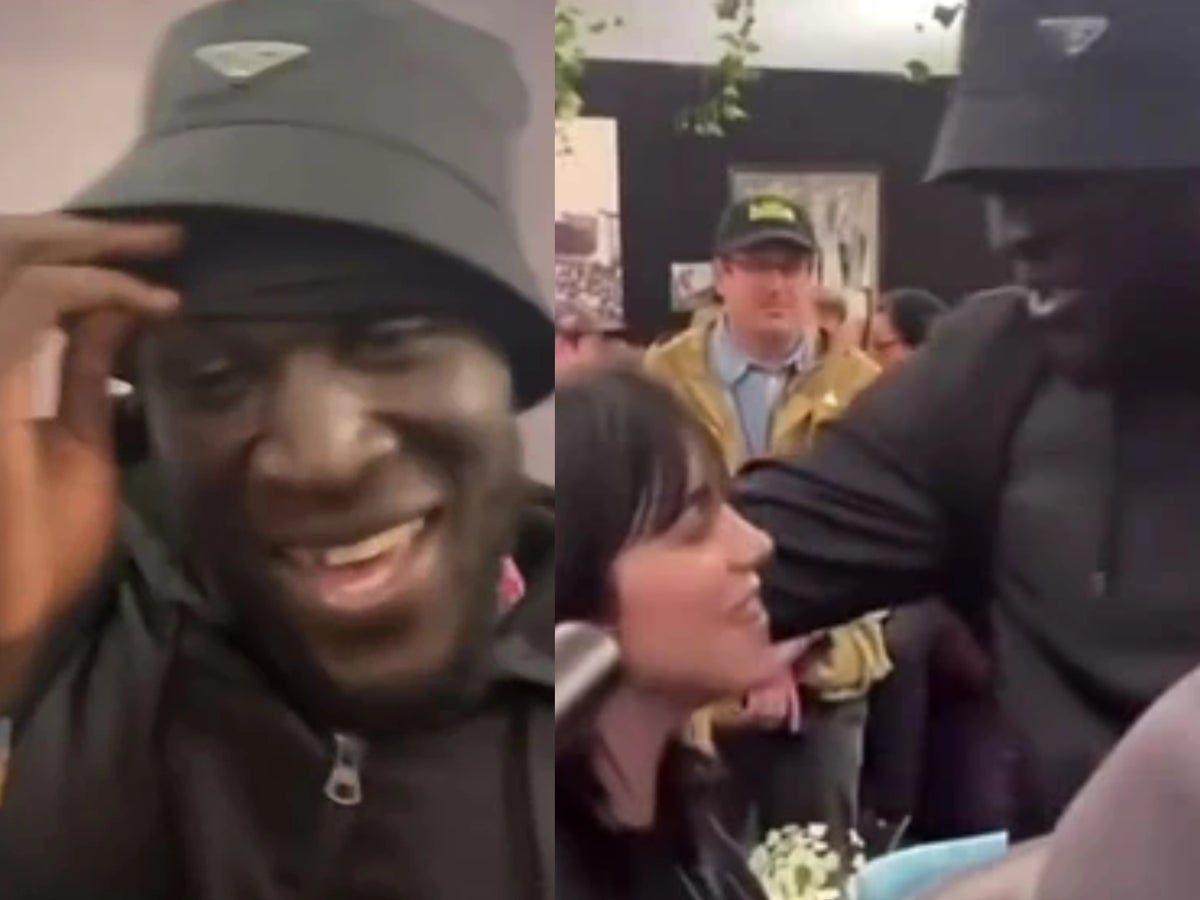 Stormzy was seen hugging Billie Eilish and dancing to Kendrick Lamar in Glastonbury.

The British rapper returned as a guest at Worthy Farm last weekend, three years after he himself headlined the music festival in 2019.

Several celebrities have been spotted at Glastonbury this year including Alexa Chung, Niall Horan, Tilda Swinton and Chris Martin.

Images of Stormzy at the festival have since surfaced, showing him talking to Eilish and hugging the singer.

The moment was caught on camera and then shared in a compilation video by TikTok user @UK1Drillent.

Eilish became the youngest solo headliner in Glastonbury history when, aged 20, she performed on the Pyramid Stage as the headlining act on Friday night (June 24). You can read The Independent‘s five-star rating of their performance here.

Three people died when a building collapsed in India in Mumbai