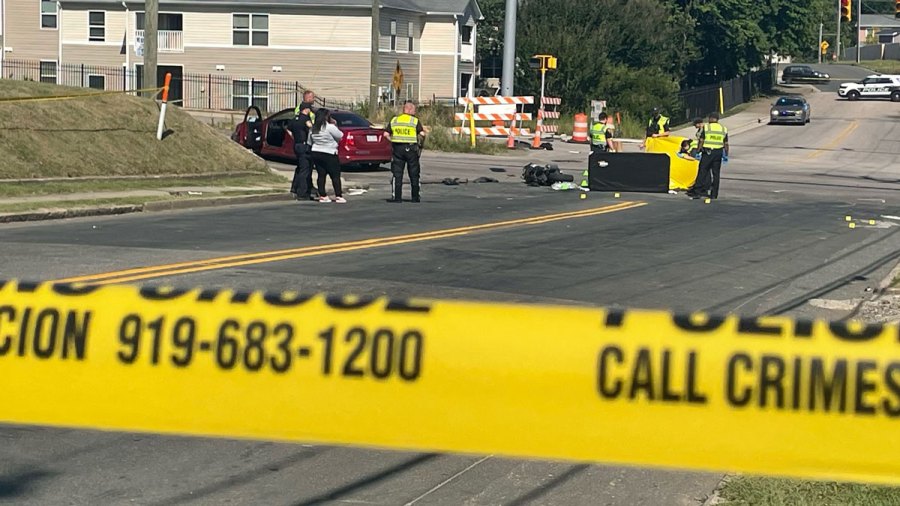 DURHAM, NC (WNCN) – Durham Police Department has identified the motorcyclist killed in an early morning motorcycle accident and made progress in the investigation.

The accident, which happened at 6:50 a.m., killed 25-year-old Juan Gracias Umanzor, police said, after he lost control and slid into the side of a 2011 Ford Fusion at the intersection of Angier Avenue and S. Alston Avenue was.


Officials said the Ford Fusion made a left onto S. Alston Avenue and Umanzor was pronounced dead at the scene.

Police also said Friday afternoon that speed did not appear to be a factor in their preliminary investigation.

Angier and S. Alston Avenue were closed for several hours but have since reopened.

https://www.cbs17.com/news/local-news/durham-county-news/speed-not-a-factor-in-durham-fatal-motorcycle-crash-friday-morning-police-say/ Speed ​​was not a factor in the fatal motorcycle accident in Durham on Friday morning, police say

NYC's Eric Adams reveals his teenage girlfriend had an abortion