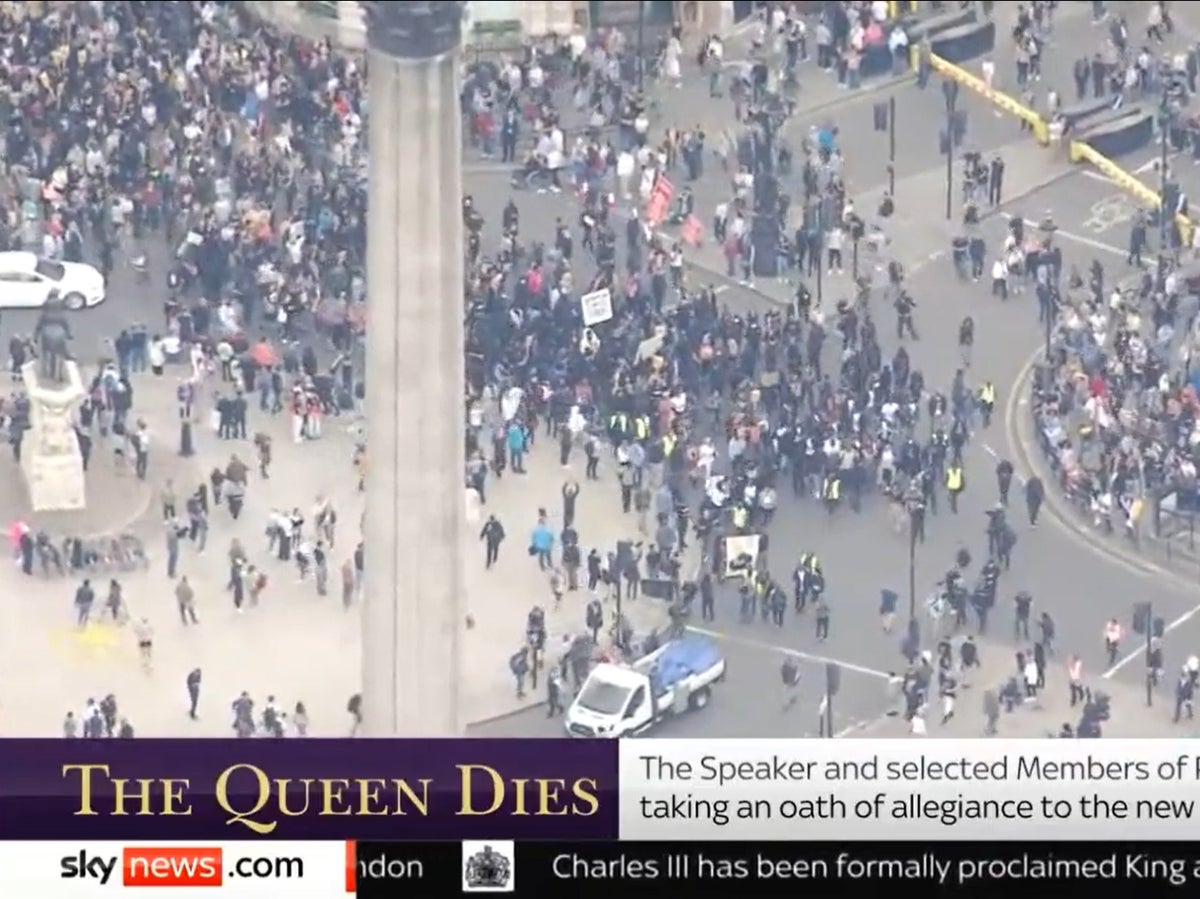 Sky News has issued clarification after a news report incorrectly described a protest march as a tribute to Queen Elizabeth II.

The march, which took place in London on Saturday (September 10), was held to protest the death of Chris Kaba, a 24-year-old man who was shot dead by police in Streatham.

Kaba was unarmed when he was shot by a Met officer from the Specialist Firearms Command Unit while driving a vehicle.

The Independent Office for Police Conduct (IOPC) has launched a murder investigation into the incident.

The Kaba shooting has sparked public outcry and prompted an organized protest that took place near Trafalgar Square on Saturday. However, a Sky News report misidentified the march as being linked to the Queen’s death.

The longtime monarch died in Balmoral on Thursday (September 8) at the age of 96.

Sky’s blunder was noticed by viewers and condemned on social media, with some people branding the blunder “disgraceful”.

The error was later confirmed on the air on Saturday afternoon. “This afternoon we showed pictures of a crowd in Trafalgar Square and described them as ‘en route to Buckingham Palace,'” said a newsreader.

“We just want to clarify that these images are in fact from a protest over the death of Chris Kaba, who was shot by a police officer in South London.”

News anchor Sarah-Jane Mee apologized on Twitter, writing: “I made a mistake on air, I misidentified crowds on Trafalgar Sq as some of the 1000s heading towards the Palace when at that moment it was people who turned out for Chris Kaba.

“I would like to personally apologize to those involved. We report on the march & it’s [sic] later meaning.”

Commemoration of September 11th on the 21st Anniversary

Who is Corbin Bleu married to?

Robert Irwin reacts to being hit on, reveals if he’s dating