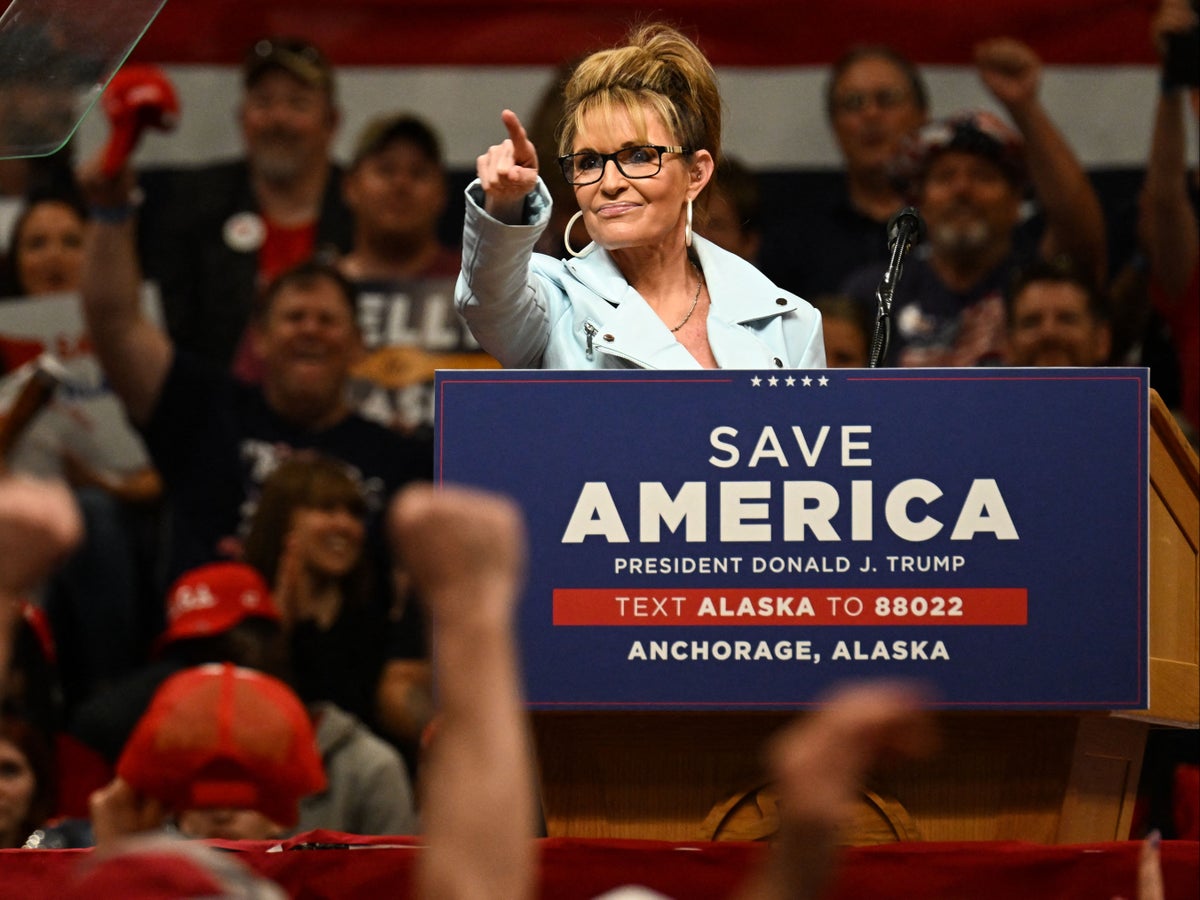 WWhen John McCain chose Sarah Palin as his running mate in the 2008 presidential election, she was viewed as a kind of wildcard by his own team; a Hail Maria for a campaign that lost momentum.

The former Alaska governor and self-proclaimed hockey mom was a rarity at the top echelon of national politics: She was notoriously averse to facts and political details, she embraced them wholeheartedly Culture War Issuesand smeared their political opponents with allusions and untruths.

But today, as she returns to the national stage through a congressional race in Alaska, she’s being welcomed back by a very different party than the one she left behind — one in which her brand of anti-intellectualism and populism is the norm . Today it is more the Republican Party of Sarah Palin and Donald Trump than John McCain.

Ms. Palin has thrown her hat in the ring in a special election beginning today to replace Rep. Don Young, who held Alaska’s sole congressional seat for nearly 50 years before his death in March. The winner will serve only the remainder of Mr. Young’s term, which ends in January.

The race began with an initial all-party primary with 48 candidates on the ballot before being reduced to the top four. Ms. Palin prevailed in the first round, but the special election winner will be determined by ranked voting — a first for Alaska and a method that favors less divisive candidates who can win votes from their rival’s supporters.

She is up against Republican businessman Nick Begich III and former Democratic Rep. Mary Peltola.

While the winner won’t be known until late August, when all the ballots sent in the mail have been counted, Ms Palin’s return could provide a litmus test for a Republican party at a crossroads.

It’s the first time the former governor has sought elected office since the 2008 campaign that made her a household name and, in the eyes of many, launched the GOP into its current form.

Ms. Palin was virtually unknown on the national stage when Mr. McCain selected her as his vice presidential nominee. Her speech at the 2008 Republican Convention in Minneapolis, when her spot on the ticket was formally established, was considered controversial at the time, but would hardly raise an eyebrow today.

“I’m not a member of the permanent Washington establishment. And I’ve learned quickly over the past few days that some media outlets consider a candidate unqualified if you’re not a respected member of Washington’s elite for that reason alone,” she said to sustained cheers from the crowd.

Your candidacy did what it was supposed to do, at least for a short time. Their popularity and all-out attacks appealed to the GOP’s conservative base. Her campaign stops drew crowds rivaling Mr McCain’s.

But the mistakes began to add up, and Ms. Palin eventually became a drain on the campaign under the harsh media spotlight that comes with a presidential bid. When asked about her foreign policy credentials, she cited Russia’s proximity to her home state of Alaska. When asked about the newspapers and magazines she reads to keep up to date, she replied, “All, all.”

Taken together, the gaffes made it easy for Democrats to portray Ms. Palin as unprepared for a position that put her a heartbeat away from the presidency.

Mr McCain eventually lost, and the inclusion of Ms Palin on the ticket was viewed by many as a fatal mistake.

Ms. Palin resigned as Alaska governor the following year, citing the numerous ethical grievances and investigations as a result of their tenurebut its popularity among the GOP-based ensured its relevance for years to come.

Ms. Palin remained a Fox News favorite for years to come and was a favorite of the Tea Party movement, which exploded as a bulwark against Barak Obama’s first term.

She wrote a memoir and meanwhile starred in a reality TV show about her life called Sarah Palins Alaska. There were rumors of a possible presidential bid, but Ms Palin’s political star eventually faded.

For a time it looked like Ms Palin would remain in the political wilderness – that the party had moved on. Then came Donald Trump.

Mr. Trump’s shock victory in the 2016 presidential election and his dramatic reshaping of the Republican Party in his own image have once again created space for Mrs. Palin. She was among the first nationally recognized Republicans to endorse Mr Trump, and her support among Tea Party activists was seen as a pivotal moment in his campaign.

Ever since Mr Trump’s ascension to the White House, Ms Palin has been quietly plotting a return to the national spotlight. Shortly after his election, she is said to have expressed interest entry into his administration. In 2018, she teased a primary challenge to Republican Senator from Alaska Lisa Murkowski.

Deciding to keep the fire going, she instead participated in a crowded race for Alaska’s only congressional seat after the death of Rep. Don Young, who held it for nearly 50 years.

Ms Palin’s time away from politics has done little to dull her characteristic combativeness.

“America is at a tipping point. As I watched the far left destroy the country, I knew I had to stand up and join the fight,” she said in a statement announcing her run in April.

“At this critical time in our nation’s history, we need leaders who will fight the left’s socialist, pro-government, final agenda,” she continued.

Mr Trump wasted no time in returning the favor and supporting Ms Palin just two days after she announced her run.

“Sarah shocked many when she endorsed me very early in 2016 and we won big,” Trump said in a statement. “Now it’s my turn!”

“Sarah lifted McCain’s presidential campaign out of the dumps despite having to put up with some very nasty, stupid and jealous people during the campaign itself. They wanted to destroy her but she wouldn’t let that happen.” Mr Trump added.

His endorsement might have made the race easy had it not been for Alaska’s ranked voting system — Mr. Trump won Alaska by a ten-point margin in the 2020 election.

But while the Republican Party has converged on Ms. Palin’s worldview during her absence, many fear her return.

Former Republican strategist Steve Schmidt, who helped run John McCain’s failed 2008 presidential campaign and urged him to vote for Ms. Palin as his running mate, has spoken out strongly against her future involvement in political life.

In a 2020 documentary about the divide in American politics today, Mr. Schmidt accused Ms. Palin of ushering in an era of “post-truth” that led to the rise of Mr. Trump.

“She is the first of a generation of politicians living in a post-truth environment. She was, and you can’t say it politely, but a serial liar,” he said in the FRONT LINE documentary America’s Great Divide: From Obama to Trump.

In May, he called her “an absolutely degenerate liar” in a series of tweets following her announcement that she was running for office. Pathological. unfit. Unwell.”

“She is a slacker and a buffoon who should never hold a position of public trust,” he added.

https://www.independent.co.uk/news/world/americas/us-politics/sarah-palin-alaska-special-election-b2146413.html Sarah Palin is returning to the national stage and making a Republican Party in her image

Houston crime: Nonprofit worker Terrance Lewis has been identified as the man killed in a June homicide on Tierwester

MacKinnon has concussion, plays at least 3 games and an All-Star game