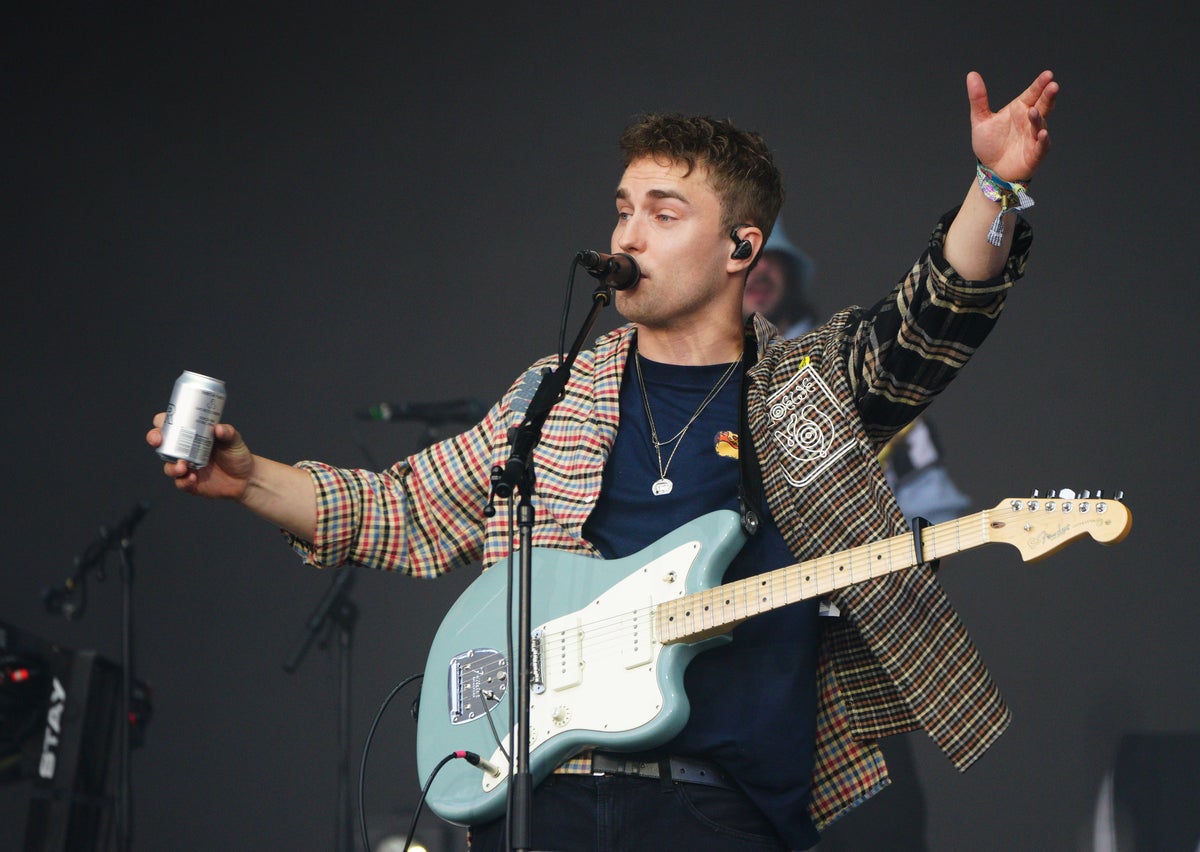 “Me and the boys have never been here,” admits Sam Fender, and perhaps three or four members of his field-filling Pyramid Stage audience will be surprised. His music isn’t exactly steeped in the psychedelic ciders or 12-dimensional mindset of this mystical valley. Rather, it’s entry-level radio-focused guitar rock, The Courteeners with training wheels.

We’d politely call it “playlist indie,” a cheekbone-led phenomenon that grew out of the tide of post-Oasis anthem rock and the monumental success of stadium-folk Dullards Mumford & Sons. It’s taken over Reading & Leeds and judging by Fender’s large and enthusiastic crowd he’s the newly crowned prince to invade Glastonbury with the stuff.

Unlike most Playlist indie rockers — who’d like to convince us they’re as punky as the Pistols or as grumpy as a horde of Gallaghers, while most notably keeping Jo Wiley firmly on their side — Fender knows his part as My First Indie Hero. He eases us into “Will We Talk?” with pounding, driving radio rock. and “Getting Started” and then gradually turn the knob up. “The Borders” spends a comfortable few minutes as Tom Petty’s drivetime pop, before Fender tests the waters with a raspy new wave guitar solo, a burst of pure rock rubbish that quickly leads to a gleaming eighties sax solo from some guy with bucket hat and Newcastle United jersey.

Fender senses we can take it, then warns us he’s about to play two punk songs, and piles into “Spice” and “Howdon Aldi Death Queue,” the deepest incantations of pandemic paranoia to date that the he wrote while barking.woah, woah, woah, that’s less than two meters!‘ at some pushy anti-masker in a discount store.

There’s real bite and rattle to these tunes, suggesting he might aspire to Wolf Alice’s alternative rock masterclass earlier in the day, and promises a justifiably exciting future if he risks building on it. For now though, he caters to the flowing crowd, so it’s back to the soft rock anthems quickly. “Seventeen Going Under” is a gentle rock massage of tinny rumble, the mandolin-led “Spit of You” – dedicated to his father – echoes the Crowded House set.

Soul-pop “Saturday” is pounded deep in Paolo Nutini’s ballpark, and as he sits at a piano adorned with a Newcastle United flag, sips a Newkie Brown Ale and dedicates “The Dying Light” to his hometown (note: not Winchester), his inner David Gray is starting to show itself.

It is still early. Fingers crossed, Fender tends to steer its popularity towards more demanding targets.