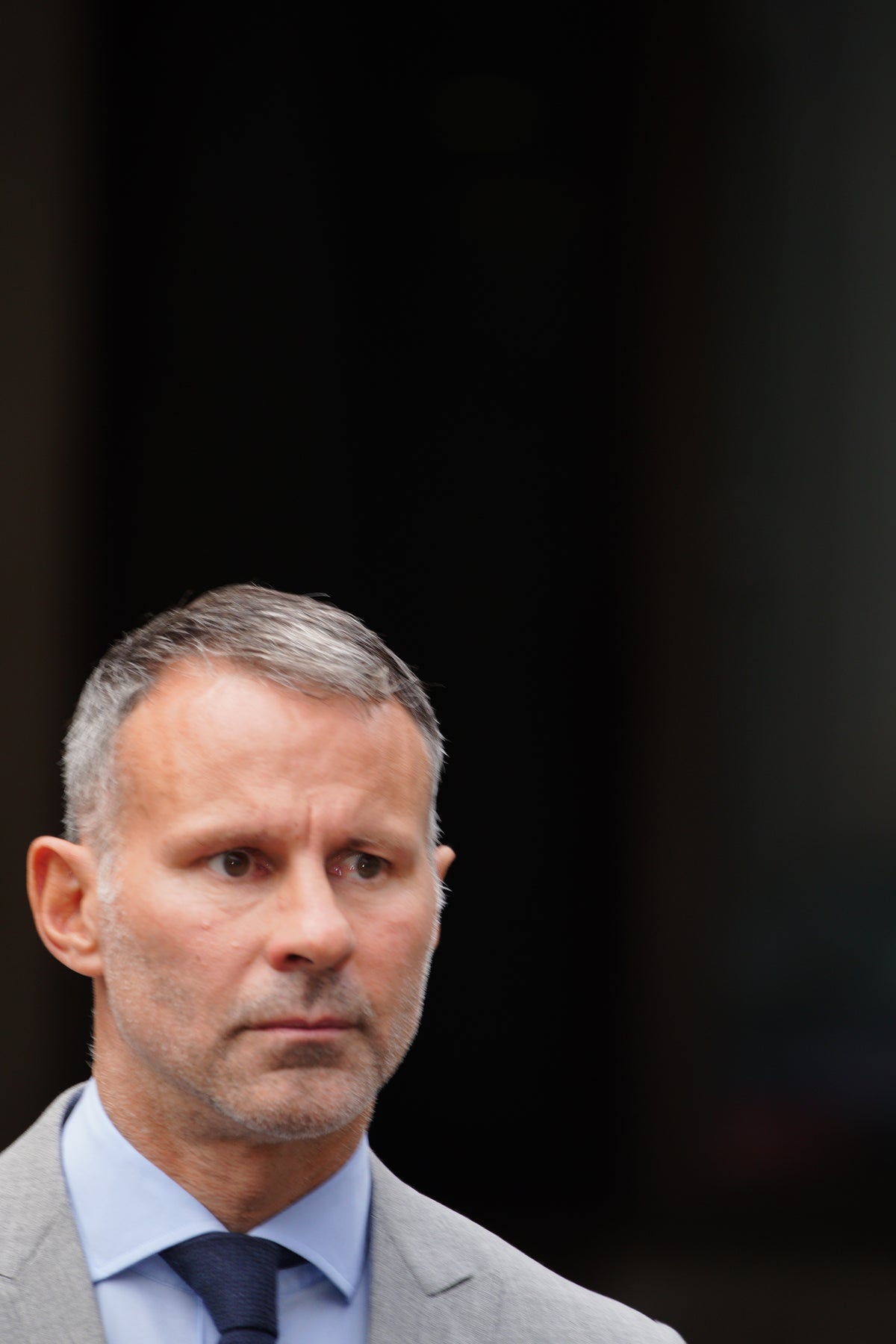 Former Manchester United footballer Ryan Giggs has collapsed in court as he described his night in a police cell as “the worst experience of my life”.

The 48-year-old later admitted to being “jealous” and “hot-tempered” at times in his relationship with public relations executive Kate Greville, bullying and threatening her.

He also accepted to monitor her movements online but claimed he had never been violent towards her or controlled and coerced their relationship.

The ex-Wales manager said he was taken to Pendleton police station after being arrested on 1 November 2020 on suspicion of assaulting his ex-partner.

He told the jury at Manchester Crown Court the incident was a “sort of tug of war” in which he and Kate Greville “butted heads” after he tried to grab her phone.

When asked by his solicitor Chris Daw QC how he had dealt with the police when they arrived at his home in Worsley, Greater Manchester, Giggs said: “I’ve just answered your questions.”

Describing his emotional state at the time, he said: “I was scared. I’ve never been in this position, so scared.”

Giggs confirmed he was arrested, taken to the police station and spent the night in a cell.

He then started crying as he said it was the “worst experience of my life”.

Giggs told the court he “hardly” slept that night and spoke to a lawyer for the first time the next day.

The defendant told jurors he would never headbutt Ms Greville and told the court he and his ex-girlfriend “totally lost our balance because we slipped on the grocery bags”.

He is on trial accused of assaulting the 38-year-old and her younger sister Emma Greville, 26, at his home. He is also accused of using controlling and coercive behavior against his ex-partner between August 2017 and November 2020.

Speaking of the incident at his home, Giggs said: “I was frustrated that Kate wouldn’t give me my phone back, so I tried to get her phone.

“When I went to reach for the phone, I was standing in front of the cloakroom door and Kate had her back to that door. We both slipped on the bags and I fell on Kate in the cloakroom.”

Mr Daw asked: “Was that intentional on your part?”

Giggs replied: “No, we just totally lost our balance because we slipped on the grocery bags.

“My head was about at waist level. Then Kate just went ahead and kicked me in the head.”

“Have you done anything physical?” Mr. Daw asked.

Giggs said: “No, once we were on the ground I just protected my head. After those six or seven kicks to the head, I just got up and we went our separate ways.”

He said he did not see Emma Greville when the fight took place.

Mr Daw asked: “Did you elbow Emma on purpose?” and Giggs replied: “No.”

Giggs said he later found his phone on a windowsill near the front door.

He said he later discovered Kate Greville’s phone in the utility room and put it in his pocket, adding: “It was tit for tat. If she wanted to take my phone, I would take her phone.

“She said she wanted her phone back and I said I’m not giving it back.

“Unfortunately, I kept her phone. Then Kate somehow grabbed my wrist while my hand was in my pocket and led me to the fridge.

“I didn’t fight back. We walked around the kitchen island.”

Mr Daw asked, “How far did you two get around the island?”

Giggs replied: “All the way to the dining table and chairs. Kate had then stopped because her back was against the chair and table.

“The pulling just got a little bit more aggressive… we faced each other, it was kind of a tug of war and we then bumped heads.

“That happened very quickly. I felt my lips on hers.”

Mr Daw asked, “What was your reaction?”

Giggs said: “I could see quite clearly that she had been hurt. She just fell backwards, more towards the table.”

Mr Daw asked: “Did she (Kate Greville) say anything at that point?”

“Did she say anything afterwards to say what happened?”

“Did you at any point put your hands on Kate’s shoulders and vigorously and deliberately butted her head in the face?”

“Would you ever do such a thing?”

Peter Wright QC, Prosecutor, asked Giggs: “The reality here isn’t it that Ryan Giggs has a very different side?”

The defendant admitted to being the “jealous type” and also “hot-headed” at times.

Mr Wright asked him to explain why he called Kate Greville “c***” in an email.

Giggs said, “I was emotional and there was no apology for my language.”

Mr Wright said: “This is an apology, not an explanation. My question was why?

Giggs said, “Because I was angry.”

He also agreed that he can “be boisterous at times.”

Mr Wright asked: “Is it because you thought, as far as your personal life goes, you could get away with it?”

Mr Wright said: “You could do whatever you wanted.”

Mr Wright said: “Up until the evening of November 1st when the police arrived – that’s the truth, isn’t it?”

Mr Wright said: “Until, I suppose, until the woman you controlled and coerced for years turned against you, didn’t she?”

Mr Wright went on to read an email exchange between the pair about their work accounts at GG Hospitality – the company owned by Giggs and former teammate Gary Neville – about a man they both knew.

Mr Wright asked Giggs: “What power did you have over her? How do you want to be able to do anything to take care of her?”

Mr Wright said: “Would you agree that you are threatening her?”

Giggs further agreed that such news may have worried and alarmed her.

Mr Wright said: “Because she really valued her job?”

Mr Wright said: “Because it was an important part of her life?”

Mr Wright said: “And you tampered with that?”

Mr Wright said: “Is there an excuse for that?”

Mr Wright said: “Would you consider it bullying?”

Mr Wright asked: “Have you apologized?”

Giggs replied, “I can’t say that.”

The accused denies wrongdoing and the trial will resume on Thursday.