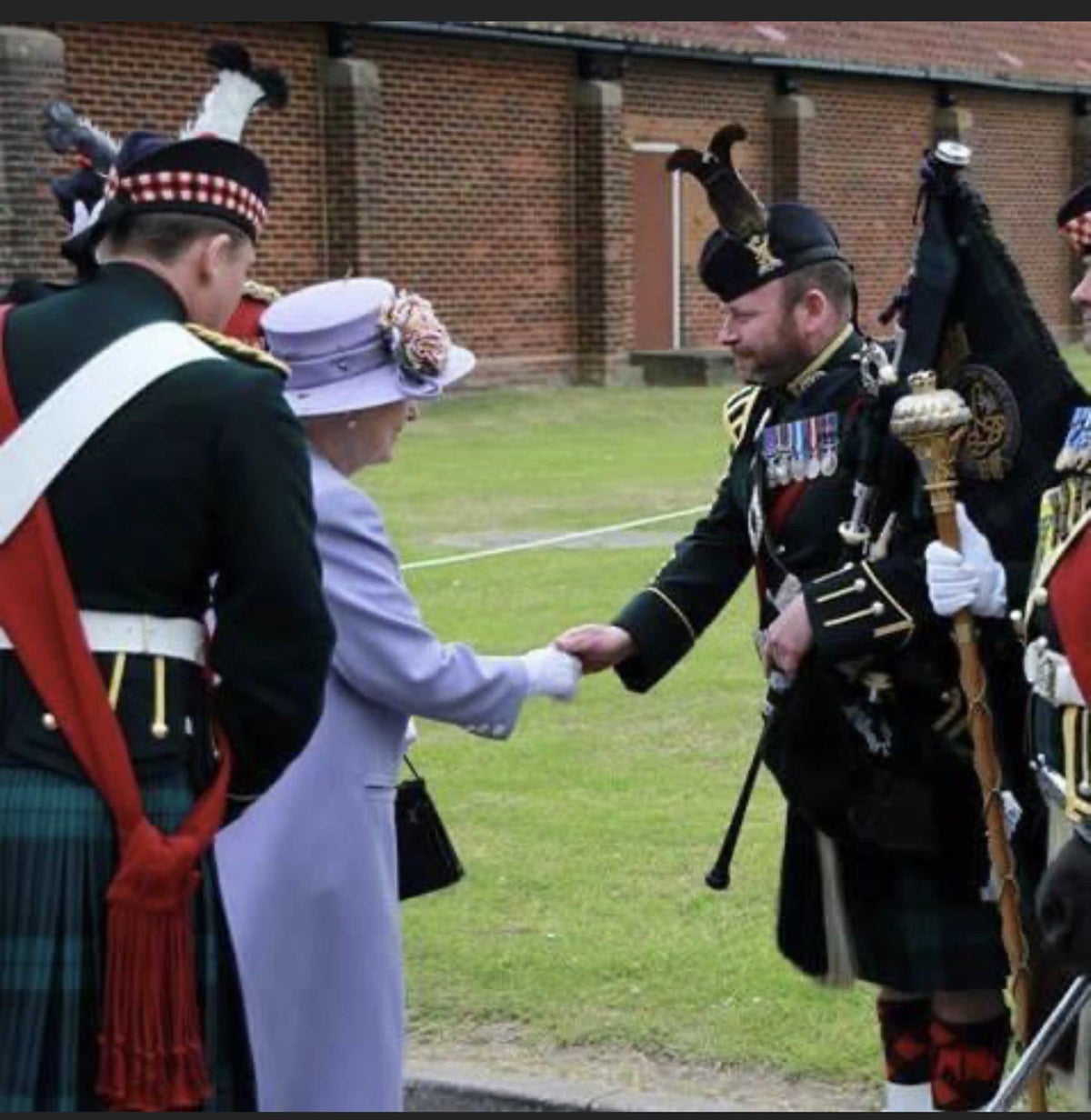 Former Queen’s piper, Pipe Major Scott Methven, recalled how King Charles III – formerly known as the Prince of Wales – once asked him to play AC/DC at an event.

The professional bagpiper – who has performed at other events including Sting’s 60th birthday party in 2012 – said he had a “good laugh” with the royal family.

“I remember one night it was just the Queen, the Duke of Edinburgh and several other family members. The invitees hadn’t come, so I said I would mix it and I did movies on the bagpipes,” he said.

“I would walk around the tables and it would be like this top gun and the Prince of Wales (now King Charles) had asked if I could do AC/DC ‘Thunderstruck’.”

Methven also recalled the “banter” he shared with the Queen during his four years at Buckingham Palace.

Methven described her character as “easygoing and fun” and said he developed a great relationship with the Queen during his time with her.

“She really had a quick wit, as is well documented. It was always one-liners, I had so much banter with the Queen, it was great,” he said.

“When I was first appointed, she turned around and said to me, ‘Look, you only got this job because you’re the same size as me,’ and then she just walked away.

“I didn’t expect it from the Queen, if that makes sense. She set the bar, so I kept going with that, and we just laughed. She was just the most easy-going person to work for,” he continued.

“I think that’s one thing I loved about the Queen, she was so easygoing and fun.”

Methven also told how supportive and understanding the Queen was when he lost his mother and wife to a terminal illness and subsequently his father within eight months.

“I stood by the Queen and she said, ‘If you’re not here in the morning and you’re not playing the bagpipes, then I know you’re gone. The family needs you because family comes first,'” Mr Methven recalled before the death of his wife.

“She grabbed my arm again and said, ‘You know Pipes, if anyone has a problem with that, tell them I said it’s okay to go.’

“That’s the kind of person she was. She was the best employer I’ve ever had, just fantastic.

“She didn’t make you feel like your boss. We’re talking about the most famous women of the last century and she was just a great person.”

“It was just a great relationship. She made you feel like just your grandma,” he added.

Methven had called the palace to check everything was okay after seeing the fragile images of the Queen shaking hands with Prime Minister Liz Truss.

Upon hearing the news of the Queen’s death, Methven said: “I was devastated. It was my daughter who called me and she cried. As my daughter put it, it felt like she (the Queen) was the only one looking after our family.”

“She was the one who said I could leave my children at Balmoral Castle, she said go and sit in the hospital with your wife.

“I was devastated, it feels like I lost a member of my family,” he said.

“I think she cared more about other people than she did herself, and you can say that about everyone.”

Trevor Noah is leaving The Daily Show after seven years