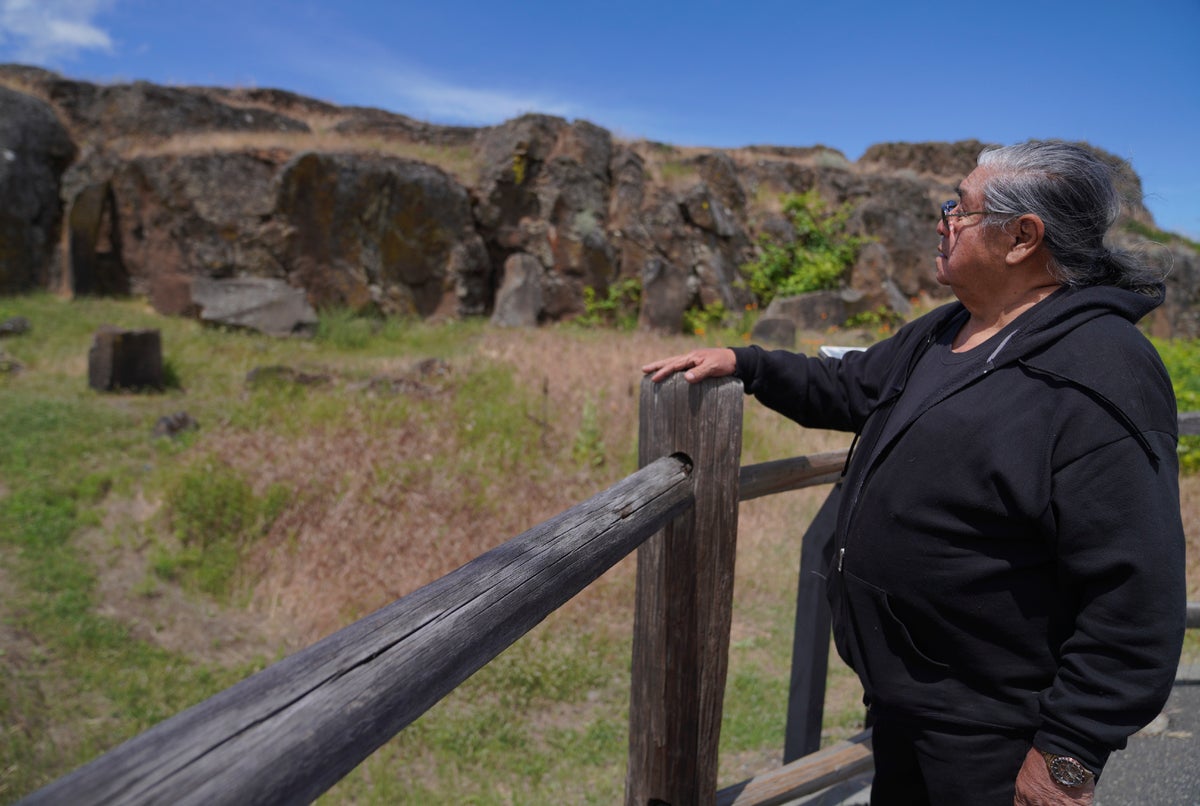 Wilbur Slockish Jr. was shot at, stones were hurled at him. He hid underground for months and then spent 20 months in federal prisons across the country — all to fish in the Columbia River.

But Slockish, a traditional river chief of the Yakama Nation’s Klickitat band, would endure anything all over again to protect his right of access to the river and the fish his people believe were bestowed upon them by the Creator.

“It’s a sacred covenant,” he said. “Nothing is more important.”

Tribal fishermen like Slockish have drawn the ire of commercial and sport fishermen and government officials over the decades for engaging in an act of faith. For Slockish and his ancestors, who inhabited the Columbia River Basin “from the beginning of time,” stewardship of the land, the river, and its fish, beast, and plant life is a divine contract at the core of a religious practice that goes back thousands of years. They have fished in the river not only to practice their faith but also to make a living.

Tribal rights along the Columbia have led to bitter, protracted legal and legislative battles. This was despite an 1855 treaty with the federal government that said the tribes would cede most of their lands but retain their fishing rights.

In April 1983, Slockish and four other fishermen were convicted in a US District Court of selling off-season salmon to undercover federal agents in an count known as the “salmon fraud.” Slockish has been accused of illegally taking 16 fish from the river.

Tom Keefe Jr., a Washington-based civil rights attorney who represented the fishermen in the case, said federal agents claimed 40,000 salmon were missing from the river but later discovered the fish had migrated into tributaries due to pollution.

Keefe said that for Slockish and the other fishermen, the fight to save the river and its resources has always been about freedom of religion. A practicing Catholic, Keefe said representing the fishermen gave him insight into the spiritual life of the “river people.”

“To them, the Columbia River is a giant cathedral stretching from the mouth of the Pacific Ocean to the mountains of Canada,” he said.

Slockish is “a man of integrity and commitment,” Keefe added. His voice cracked with emotion as he described the moment the Klickitat boss removed his wedding ring just before he went to jail and placed it in Keefe’s palm for safekeeping.

Slockish hasn’t stopped fighting for the river. After his release from prison, he focused his efforts on water quality and health issues related to the Hanford Nuclear Reservation in Benton County, Washington, which was decommissioned in 1989. The plant released significant amounts of radioactive waste into the river, causing irreparable ecological damage.

For the past two decades, Slockish has lectured on the spiritual significance of the river and its fish to local elementary schools around Thanksgiving. He has represented the Yakama Nation on several river-related commissions and committees and is still a member of the Columbia River Inter-Tribal Fish Commission, which represents the tribes and their rights along the river.

The high-profile case of Slockish and the other fishermen has helped draw attention to their problems and allowed tribes better access to the river, said Jeremy FiveCrows, the organization’s spokesman.

The 20 months Slockish spent in prison “was hell” but it’s all about keeping a promise he made when he was 14 – the first salmon he ever caught – to be a good steward to be of the country.

Slockish recalls this fish staring him “dead in the eye” as if to say, “I did my job. Now you do yours.”

The Associated Press’s religion coverage is supported by AP’s collaboration with The Conversation US, funded by Lilly Endowment Inc. AP is solely responsible for this content.

Navalny’s daughter accepts the EU rights award on his behalf