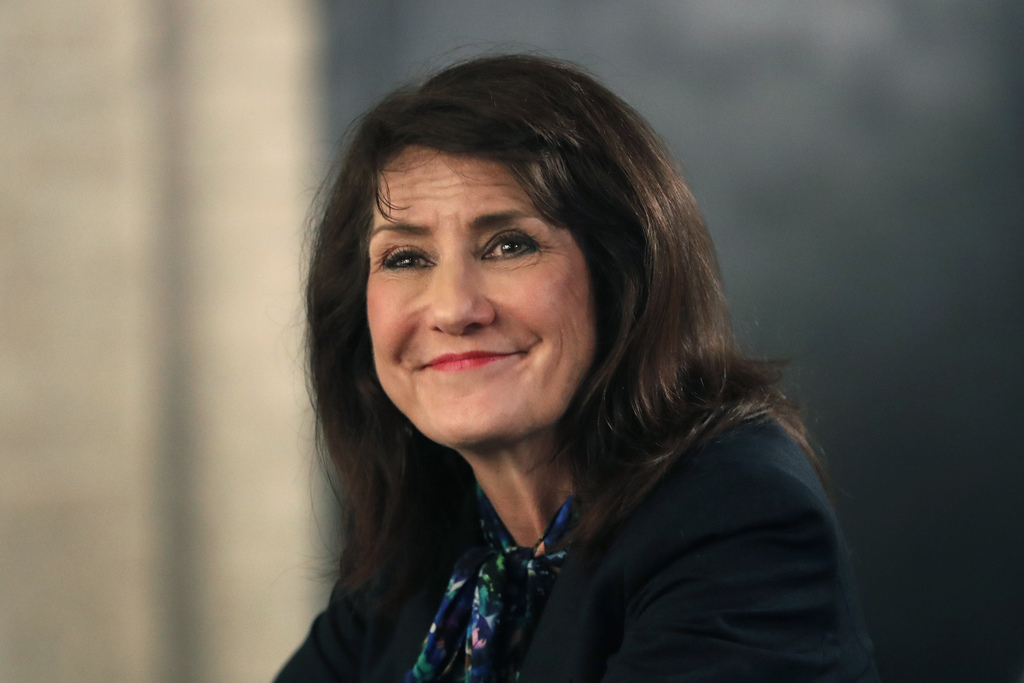 WASHINGTON – A congressional ethics watchdog has concluded that U.S. Representatives Marie Newman of Illinois and Doug Lamborn of Colorado may have violated federal law, prompting a House Ethics Committee review. .

Although the ethics office conducts the initial review and makes recommendations, only the House Ethics Committee has the power to punish a lawmaker for misconduct. The commission said in a statement Monday that it would review the reports and investigate further.

The charges against Newman stem from a legal dispute over an employment contract between the Illinois Democrat and Iymen Chehade, a former foreign policy adviser during her successful House campaign last year. 2020. Newman, a progressive lawmaker, Representative Dan Lipinski of Chicago, a staunch opponent of abortion and one of the most conservative Democrats in Congress at the time.

An attorney representing Newman told the committee in December that the congresswoman “fully cooperated with the review,” but that the OCE “prejudiced the matter from the start.”
At the start of her campaign, Newman made “firm promises of future employment” to Chehade in her congressional office, the ethics office report said. “Those promises were reduced to a contract signed by both parties,” the December 2018 report read.

When Newman didn’t hire Chehade, he filed a lawsuit to enforce the contract. He announced that he decided not to run for a congressional seat in 2020 because of a promise that Newman would hire him as a foreign policy adviser during the campaign and then as county or district director when she took office. In a motion to dismiss the lawsuit, Newman’s attorney admitted that her contract violated federal contract and employment rules.

Newman eventually settled the case with her former adviser, and the two signed a non-disclosure agreement as part of the settlement. The OEC recommends that the House committee subpoena Chehade and political advisory group LBH Chicago as it conducts a review of its findings.

A spokesman for Newman said Monday that the OCE’s review stemmed from a “politically motivated” complaint from a right-wing organization and that documents released during the investigation “demonstrate It is clear that the moral complaint is completely futile.”

Newman is a former management consultant who started and led an anti-bullying nonprofit. During the House campaign, she argued that Lipinski no longer reflected the views of the region, which favored Senator Bernie Sanders, a democratic socialist, over Hillary Clinton in the presidential election. 2016. She calls herself a “true Democrat” in the race, and says she will fight for Medicare for All, abortion rights and the path to citizenship for those in America. illegal.

“OCE has discovered evidence that suggests a pattern and practice in the office of Representative Lamborn of official staff members who perform personal and campaign-related duties for Representative Lamborn, his wife. he and other family members during formal working hours and using official resources,” the report stated.

In a December statement to the committee, an attorney for Lamborn said, “A thorough examination of the facts will make it clear to everyone that no ethical violations have occurred and that the same is true. should be removed.” Requests for comment from Lamborn were not immediately returned.

The report included details of Laborn’s wife having access to House’s official email account and even at one point sleeping in the office with Lamborn. The lawmaker told the ethics office that his wife played “an important role” in his congressional office, sometimes including hiring, firing and promoting.

“While it is not unusual for a spouse to play a role in a congressional office or to have an official email account, the evidence obtained by OCE suggests that Ms Lamborn has a role in the office that goes beyond what is allowed. for spouses,” the report continued.

The OCE recommended that the House Ethics Committee review other charges against Lamborn, including that he solicited or received inappropriate gifts from subordinates. It also recommended issuing subpoenas to Lamborn and some of his senior staff.

Lamborn, an eight-term congressman from Colorado Springs, was sued in May by a former employee for allegedly disregarding coronavirus safety procedures in his Washington office even after he and fellow employees infected, leaving one of his sons to live in a basement in America. Capitol and ordered staff to take care of personal errands for his family.

https://www.mercurynews.com/2022/01/24/ethics-office-reps-newman-lamborn-may-have-broken-law/ Represent. Newman, Lamborn may have broken the law

Washington Snipers: Who Are Lee Malvo and John Allen Muhammad, and What Was the Beltway Sniper Attack in DC?