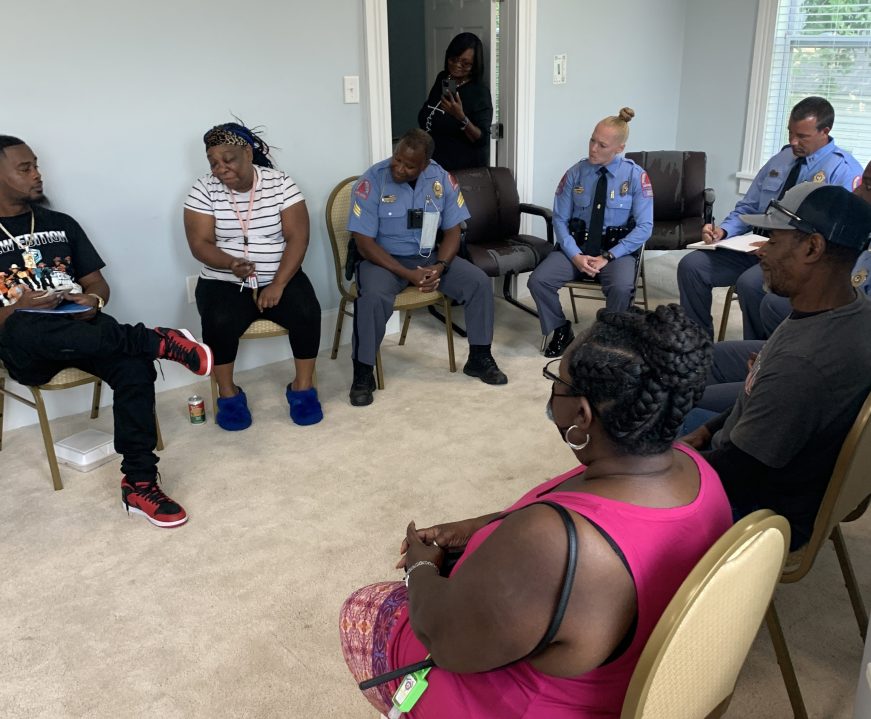 RALEIGH, NC (WNCN) – The Raleigh Police Department is working to build better relationships between the department and the community.

On Monday they held a community meeting with Justice Served NC. Some of the concerns discussed by the neighbors were community-official relations, race relations, violent crime, and officer response times.

“We deal with so much … homelessness, mental health, substance abuse, and then we deal with the officers on the other side. They’re people, they have their own challenge — they have to come into a drug-ridden community, come into a community that’s not happy with law enforcement,” Powell said.

Raleigh Police Chief Estella Patterson was also present. Their goal is for officers and neighbors to come together to talk and listen.

“Having the support of the community, having the community helping us solve the problems we’re dealing with is so tremendous. It’s vital to have that,” Patterson said.

She says police are working to address residents’ concerns and are also reducing violent crime.

At a news conference last week, US Attorney Michael Easley Jr. said there had been 33 murders in the past year. So far this year there have been 24.


“The recent increase in violent crime that we’ve seen – we’re doing everything we can. We use all of our resources, we use technology to the best of our ability, we also work with community groups,” Patterson said.

Johnny Depp arrives in Italy with a black-haired French teacher

Mark Meadows reveals the moment that made Trump ‘fallen’