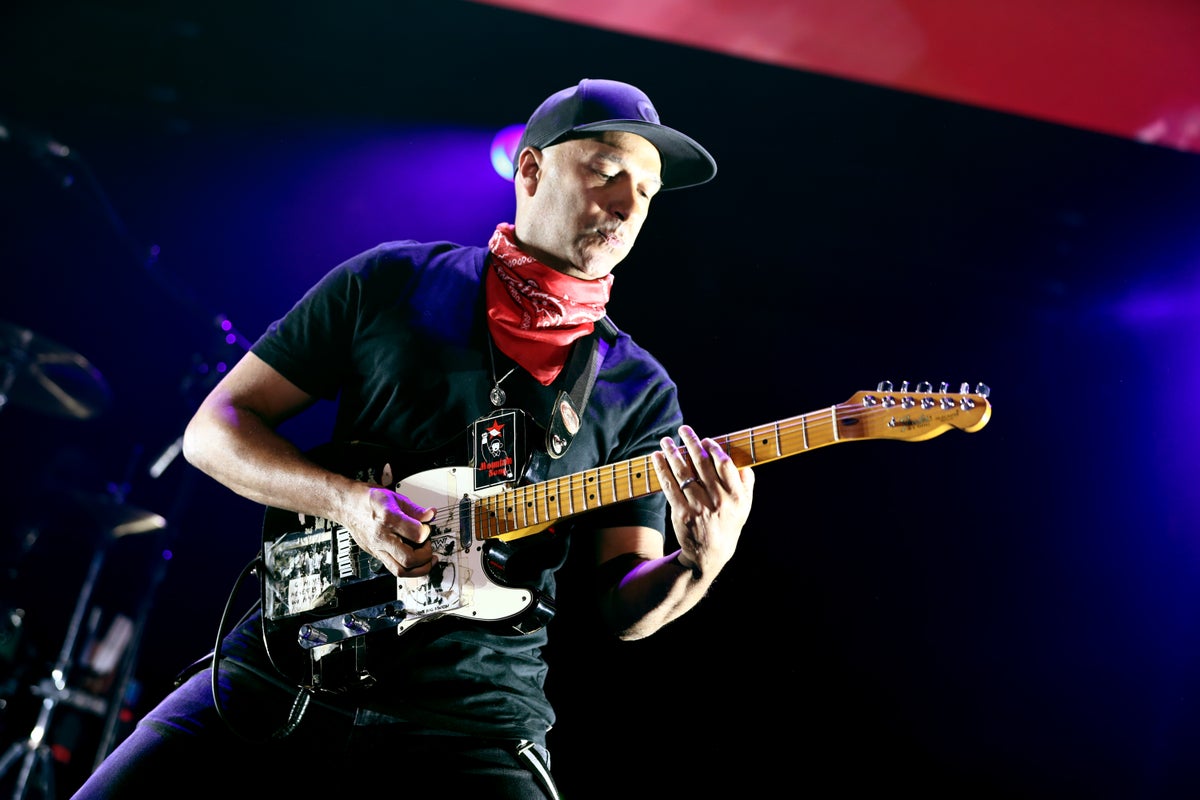 Rage Against the Machine’s Tom Morello was accidentally attacked by a security guard during the band’s performance in Toronto on Saturday night (July 23) after a fan stormed the stage.

The band performed at the Scotiabank Arena as part of their Public Service Announcement North American Tour.

According to fan shot footage, during the closing track, “Killing in the Name,” a member of the crowd ran onto the stage down a series of steps.

A security guard quickly responded by running toward the fan, which fell into the pit.

Eventually, without realizing it, the guard grabbed Morello instead of the stage cracker as Zack de la Rocha interrupted the performance by yelling, “Wait! Wait!” Keep!”

Morello eventually managed to get back on stage and was greeted with cheers from the crowd. “Don’t try that,” de la Rocha announced. “We’re cool, we love you all… but don’t do that.”

Rage Against The Machine then restarted “Killing In The Name” from the beginning.

The American rock band – consisting of de la Rocha, Morello, Tim Commerford and Brad Wilk – are playing shows in Canada after a decade.

In another show last week, Rage Against the Machine called out injustices against indigenous peoples in Canada during their performance at this year’s Bluesfest in Ottawa.

As they performed their hit song “Freedom,” a huge black screen in the background read: “An Indigenous person in Canada is over 10 times more likely to be shot by a police officer than a white person.”

“In Canada, Indigenous women and girls are 16 times more likely to be murdered or disappeared than white women.”

https://www.independent.co.uk/arts-entertainment/music/news/tom-morello-tackled-security-fan-crashes-concert-b2130347.html Rage Against the Machine’s Tom Morello was accidentally attacked by security after a fan stormed the stage

Ubisoft denies that Roller Champions will be canceled after Season 3

J.Lo breaks down over Oscar snub: Gave me ‘low self-esteem’