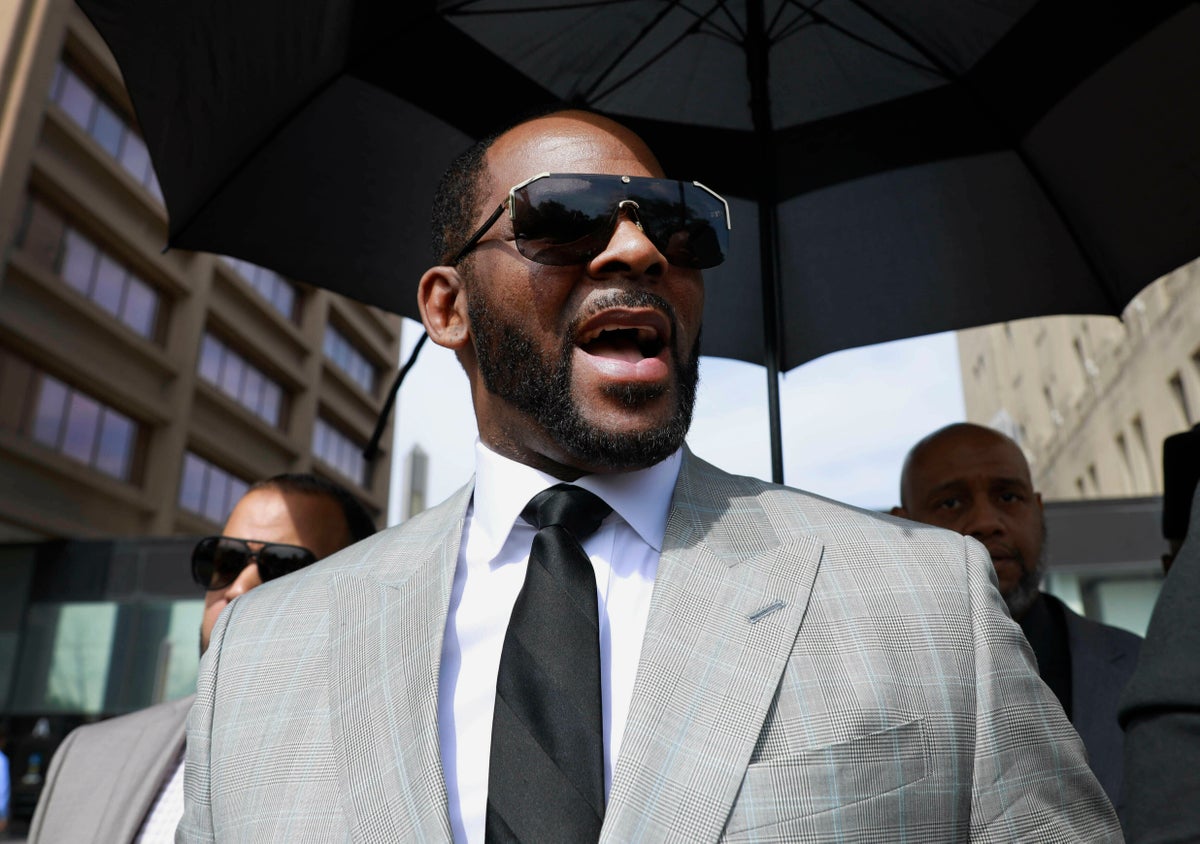 The new verdict found the disgraced R&B artist guilty of six of the 13 charges against him; He was acquitted of tampering with his child sexual abuse trial in 2008.

Any child sexual abuse conviction carries a mandatory minimum 10-year prison sentence ChicagoTribunewith the possibility that they would have to be delivered one after the other.

The “I Believe I Can Fly” singer has faced constant allegations of sexual abuse and misconduct throughout his career, which he has denied.

In 1994, then 27, Kelly married 15-year-old singer Aaliyah in a secret ceremony in Chicago. The marriage was later annulled after the teenager was found to have lied about her age on the marriage certificate.

Kelly faced further allegations of having sexual relations with underage women in 1996, 2001 and 2002.

He was indicted in June 2002 on 21 counts of making videos of child sexual abuse involving various sexual acts, but was acquitted of all charges after the 2008 trial.

2017 a new investigation by buzz feed claimed Kelly held six women captive in a sex “cult” after they asked him for help with their music careers.

The singer has been accused of controlling women’s lives, including what they ate, wore and when they slept, and keeping records of their sexual activity.

The article prompted more alleged victims to come forward, with a six-part documentary titled Survive R. Kelly Airing on Lifetime in 2019. Further allegations of sexual abuse and misconduct against the singer were listed.

In July 2019, Kelly was arrested and charged with sex trafficking offenses, including possession of child abuse images and obstruction of justice.

Kelly was convicted of racketeering and sex trafficking in September 2021 in New York after two days of jury deliberations.

Shortly thereafter, a federal judge ordered the singer to be tried in Chicago on charges of child sexual abuse and obstruction of justice.

The trial began in August when a woman testified in opening statements that Kelly had sex with her “hundreds of times” when she was between 15 and 18 years old.

Before his legal troubles began in 2008, Kelly was known for carrying around a bag of sex tapes, according to court records.

Who should he compete with? – Billboards