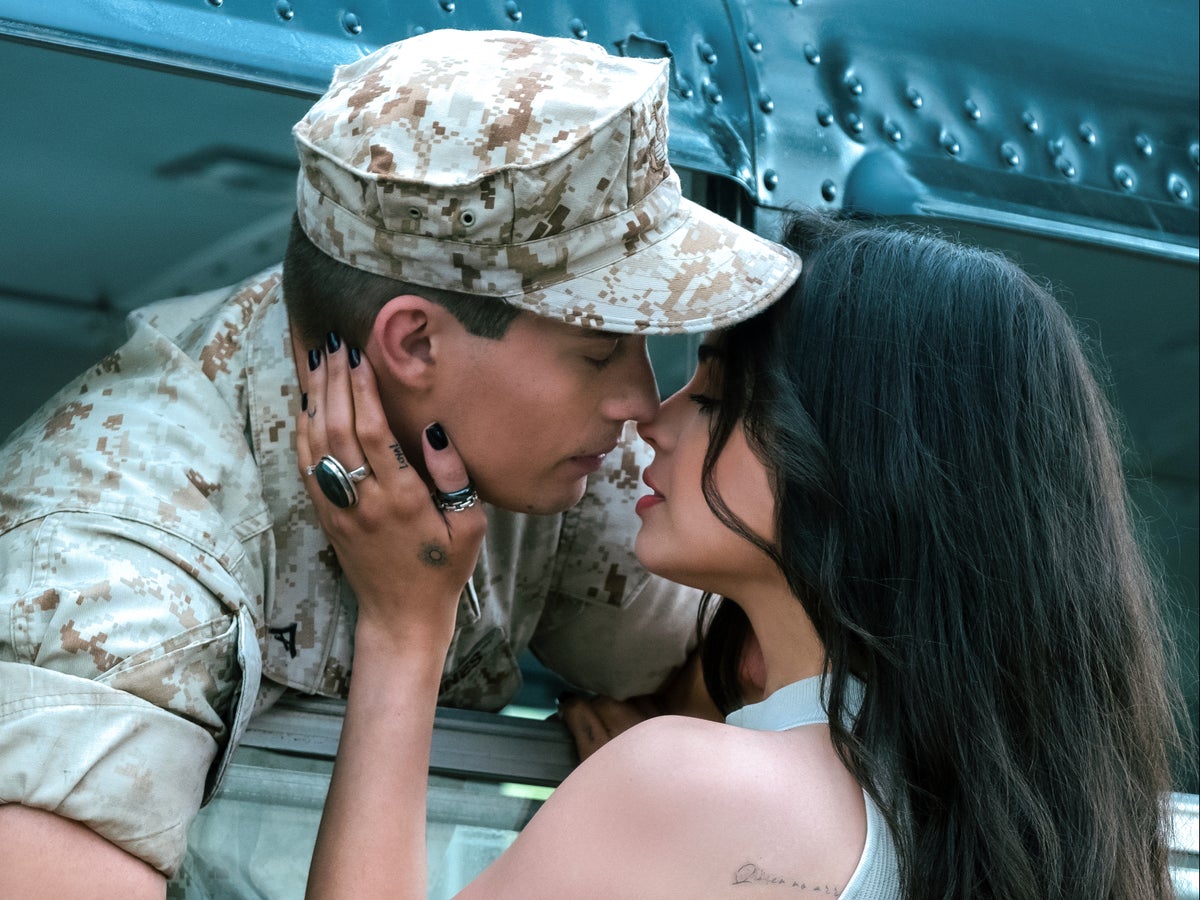 The film, which released on the streaming service last month, focuses on a romance between a liberal musician and a conservative marine.

Although the film received critical acclaim, it was a surprise hit with viewers and topped the streaming service’s movie charts.

However, one scene caused particular dismay among viewers. In the scene, a marine character toasts “chasing down some goddamn Arabs.”

While the film doesn’t approve of the man’s words — in fact, he’s seen being called out by other characters — some viewers had suggested it was unnecessary to include the moment.

“Why I fell in love with the film is that it’s a love story,” Carson said. “But it’s so much more than that. It’s two hearts, one red, one blue, two worlds apart, that were really raised to hate each other.

“Through the power of love, they learn to lead and love one another with empathy and compassion, and transform into this beautiful shade of purple. We wanted to represent both sides as accurately as possible. What I think I’ve learned as an artist is to detach from all of that and just listen to what the world is feeling and what it’s responding to with the film. It was so beautifully overwhelming and so many people saw or felt comforted by this film. That’s all we could wish for as filmmakers and as artists.”

Rosenbaum, meanwhile, said: “I hope people understand that characters have to be flawed in the beginning in order for them to grow. So we very consciously created two characters that were bred to hate each other.

“They are flawed in the beginning and that was intentional. In order for the red heart and blue heart to turn purple in any way, they have to be extreme. Some of the people they surround themselves with are even more flawed than they are.”

purple hearts is now available to stream on Netflix.

Movie review of Orphan: First Kill – a prequel that fits nicely into the outrageous twist camp of its predecessor