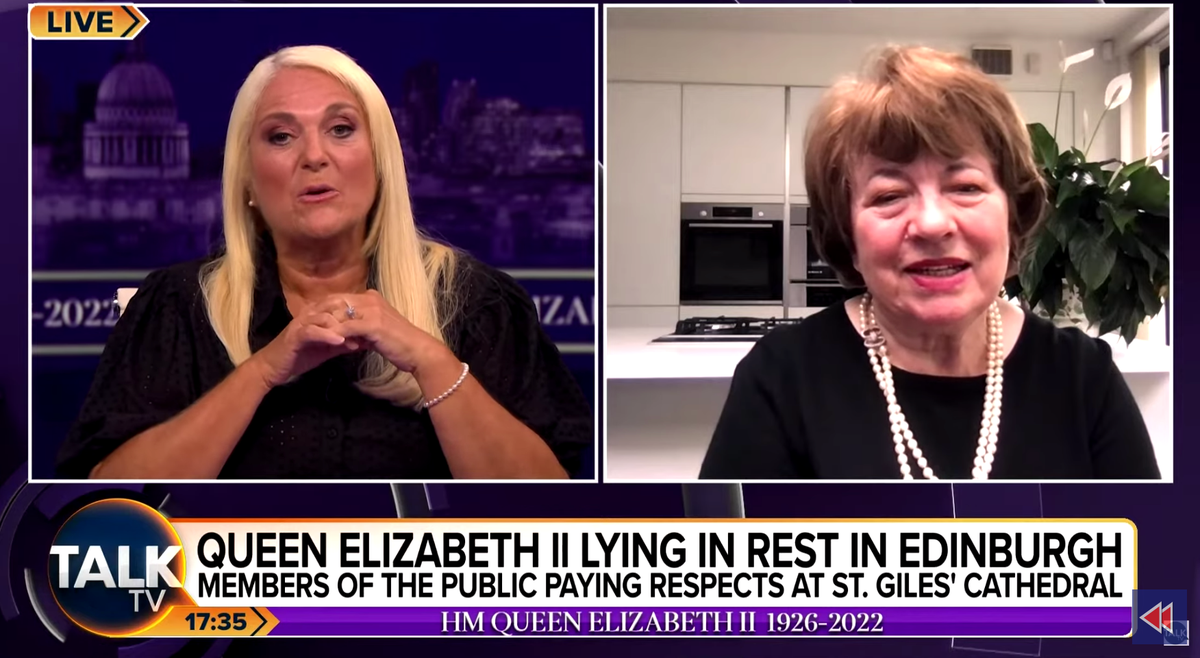 TV presenter Vanessa Feltz angered royal biographer Angela Levin for her portrayal of the Duchess of Sussex Meghan Markle during a heatwave interview on Talk TV on Tuesday, accusing Ms Levin of perpetrating a “vicious” anti-Meghan faction in the UK.

“Are you feeling guilty? Do you think you were responsible for fomenting some kind of anti-Meghan faction that was spiteful and targeted and possibly imaginative too? Pretty much what’s been said about her was pretty much made up anyway,” Feltz asked Ms. Levin.

Ms Levin pushed back – arguing that Meghan’s decision to give Oprah Winfrey an interview about the racism she faced in the royal family was a “disgrace” and that she “changed” the Duke of Sussex to have one “Becoming kind of a walking victim.”

The argument continued for the next few minutes, with Feltz refusing to let her guest off the hook over her coverage of the royal family.

“I don’t have to explain myself to you,” Ms. Levin once said during the interview. “I’m not in court.”

Following the death of Queen Elizabeth II last week, there was a flurry of commentary on the state of the royal family, including Harry and Meghan, who stepped down from their roles as formal representatives of the crown two years ago amid allegations that the family and British Media mistreated Meghan.

In the Talk TV interview, Feltz relentlessly pursued a series of questions directed at Ms Levin about the depth of her true knowledge of Meghan, her integrity as a journalist and her role in the perceived abuse Meghan has faced since their marriage in 2018.

“I wonder if it’s based on real knowledge of her personality and how she really feels and thinks, because after all, how can you know? How can any of us really know that?” Feltz asked Ms. Levin.

Ms. Levin struggled to parry Feltz’s questions, then told her, “If you’re going to attack me, you shouldn’t invite me.” At the end of the interview, Ms. Levin reiterated that she didn’t think she wanted to be a guest on the talk show and be “treated that way.”

The irony in Ms Levin’s complaint about her media treatment was not lost on a number of observers.

Mrs Levin, who has published books about Harry and the Queen Consort, has been very busy following the Queen’s death. Speaking to Sky News, she claimed Meghan was “unfit” to be part of the royal family.

Sookie St. James should have been fired