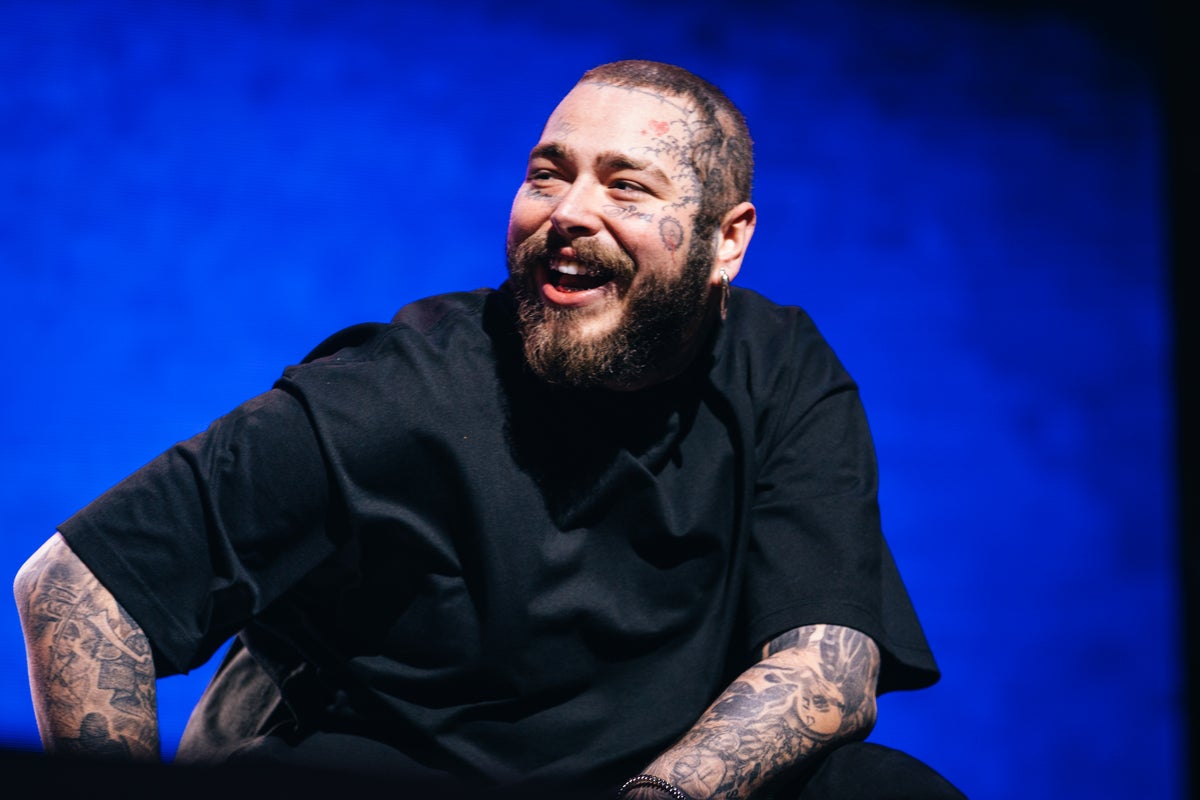 Post Malone has issued a health update after suffering a nasty fall on stage during his concert in St. Louis over the weekend.

The 27-year-old singer partially fell into a gap in the stage used for moving equipment while performing at the Enterprise Center on Saturday (September 17), eventually hitting his chest.

The show was suspended for a few minutes while the rapper, whose real name is Austin Richard Post, was examined by medics.

Malone then returned to the stage and performed five more songs.

On Sunday (September 18), the “White Iverson” rapper opened up about the incident in a video, saying, “Whenever we do the acoustic part of the show, the guitars on the guitar stand… it goes down, and there’s the big A **hole, so I go around there and I turn the corner and blow my a**.

“[It] really blew me away. Hit me pretty good. We just got back from the hospital and everything is fine,” he added. “Everything’s fine. They gave me some painkillers and everything and we can continue to push the tour.”

“We took X-rays [the] hospital after the show and they said he bruised his ribs!”

According to multiple eyewitnesses, Malone kept apologizing to his fans for “ruining the show” after his fall, but people were so “relieved” that he was fine.

“Next time I’m here like that, we’re going to do a two-hour show for you so we can catch up on the couple of missed songs that we missed,” Malone said in his video. “Thank you guys for your support and thank you for your love and thank you for sticking around even though I got my ass kicked.

“Love you guys. Thank you and have a great night. Thank you St. Louis.”

My lip fillers exploded after a bad reaction to sunlight

Should I buy the Apple Macbook M2 or wait for the M3?