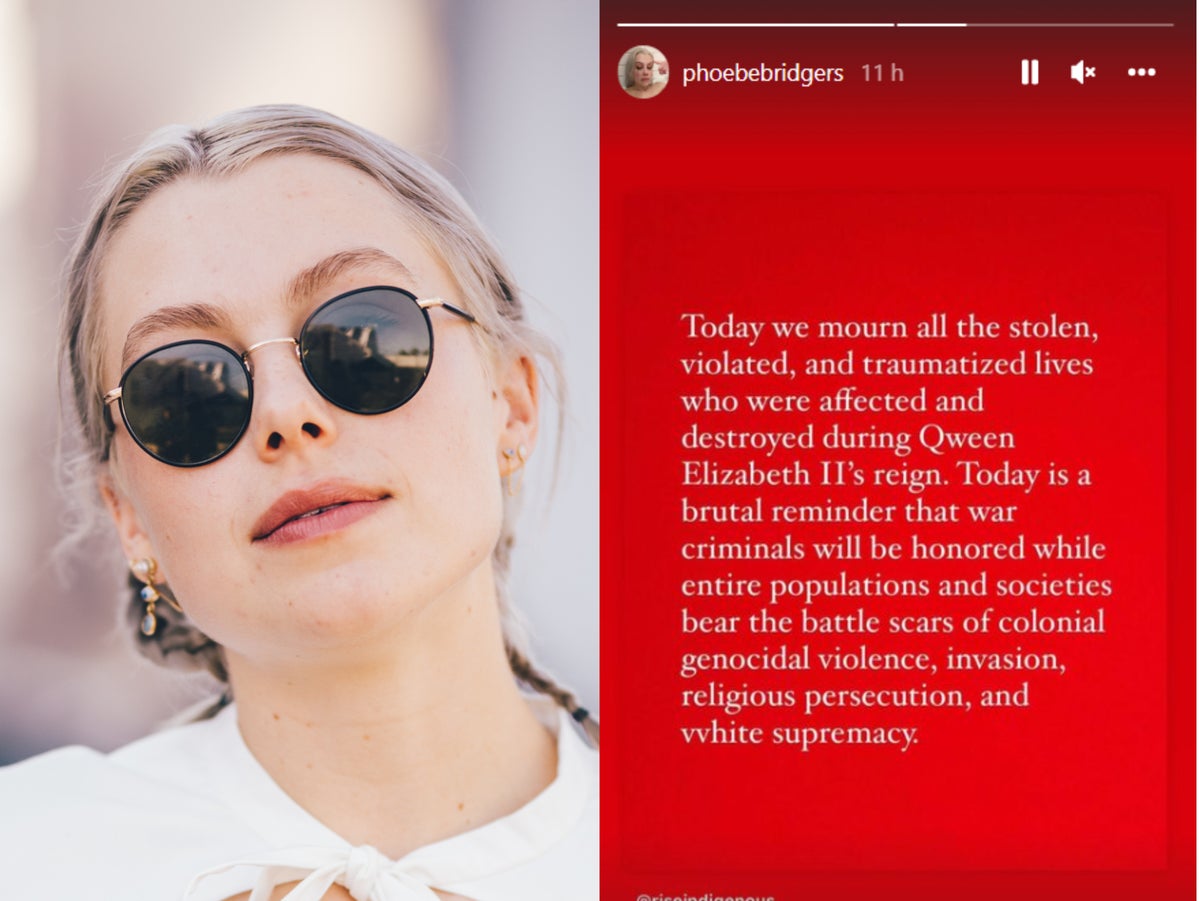 Phoebe Bridgers shared a social media post mourning “all lives” that were “destroyed” during the reign of Queen Elizabeth II.

The Queen died in Balmoral on Thursday (September 8) at the age of 96, prompting a spate of tributes from the likes of Mick Jagger, Sir Paul McCartney and Sir Elton John.

It said: “Today we mourn the loss of all the stolen, injured and traumatized lives that were affected and destroyed during the reign of Qween Elizabeth II.

“Today is a brutal reminder that war criminals are honored while entire populations and societies bear the scars of colonial genocide, invasion, religious persecution and white supremacy.”

While the worst atrocities of the British Empire were committed before Queen Elizabeth’s reign, the Queen was nonetheless criticized throughout her reign for some alleged failings of the monarchy.

Bridgers’ post drew criticism from some social media users, with some pointing out that it was shared “too soon” after the monarch’s death.

https://www.independent.co.uk/arts-entertainment/music/news/phoebe-bridgers-queen-elizabeth-ii-death-b2163728.html Phoebe Bridgers shares grief after “all the injured lives destroyed during the reign of Queen Elizabeth II”.

50 Cute Animals from Around the World