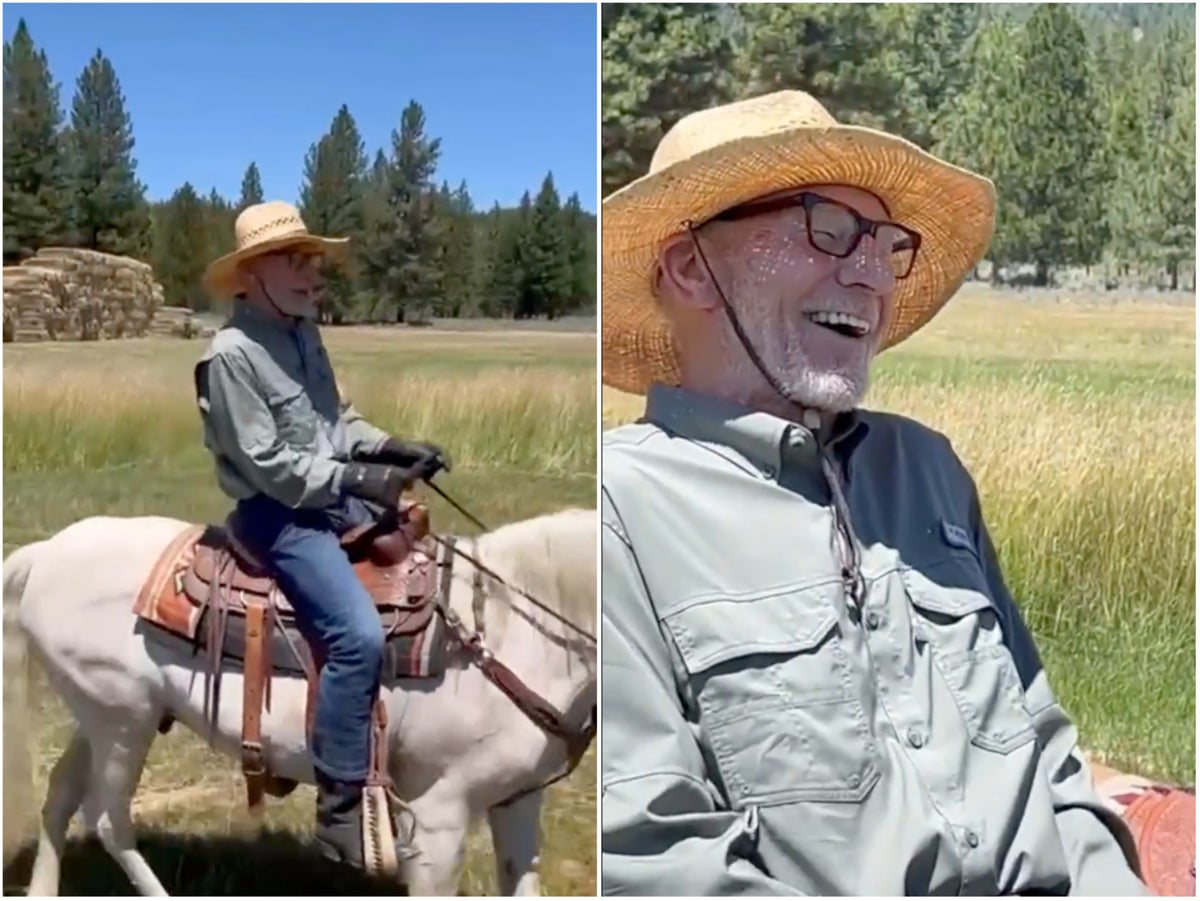 Sir Patrick Stewart has delighted fans with a video of him riding a horse on his 82nd birthday.

The veteran star trek The actor celebrated his 82nd birthday on Wednesday (July 13) and posted a clip on social media to celebrate.

In the video, Stewart was seen wearing a straw hat riding a white horse through a field. At the same time he could be heard singing Cole Porter’s “Don’t Fence Me In”.

On the last line, Stewart accidentally sang the words, “Don’t send me in,” before correcting himself.

The post’s comments section was flooded with adoring messages from fans calling the clip “the best.”

“Sir Patrick’s sense of humor – love a guy who isn’t afraid of being silly or imperfect. I think the horse is amused. Go on sir!” another wrote.

Earlier this year, Stewart made a surprise appearance as Charles “Professor X” Xavier in Doctor Strange in the Multiverse of Madness.

The actor had previously dismissed ideas that he would have a cameo in the film and appeared to shut down speculation that his voice would be heard in the film’s trailer.

However, Stewart’s Professor X was in the film, where he was shown using a yellow hover chair.