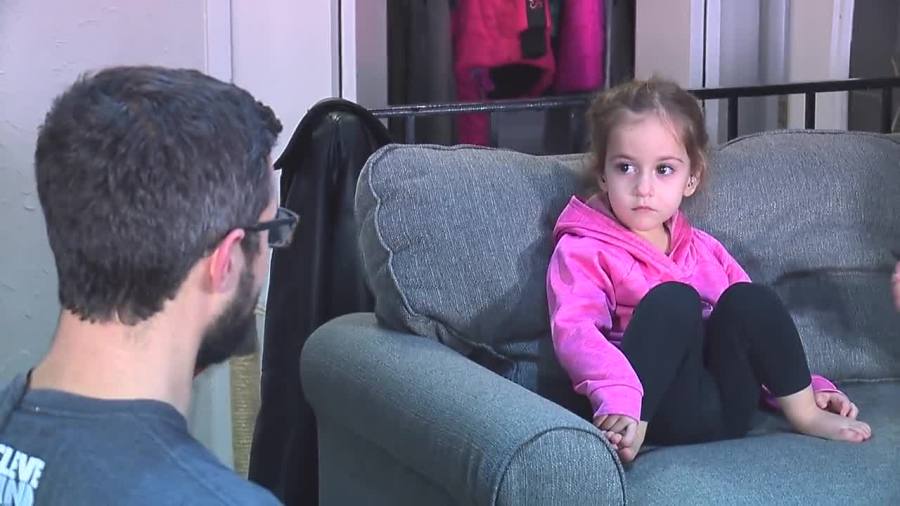 Nick and Jamael Szucs told FOX 8 News they have been battling the school district for months over how their daughter Ivy has been treated.

“Ivy couldn’t handle everything that was happening to her. A lot of things where people would grab her and put her somewhere and get mad at her and then she just totally didn’t understand why,” Nick said.

Ivy was born with a congenital cytomegalovirus. Hearing loss was mild at first, but now it has progressed to profound deafness.

“We didn’t know that could change, and once we did, we started learning sign language,” says Jamael.

The couple also enrolled Ivy in Solon’s Early Learning Center, where their eldest daughter, who can hear, attended and had a great experience.

But they said very quickly that the school staff was not equipped to handle a child with hearing loss.

“They have no training in deaf education,” says Jamael.

For months, the family said they have been in discussions with the school district to try to find Ivy as a sign language interpreter, and both parties have even retained attorneys.

When that didn’t work out, Nick took his concerns to this week’s board of education meeting, where he accused them of providing interpreters for older students, but not Ivy.

A district spokesman told FOX 8 it could not comment on Ivy’s situation due to student confidentiality but said the accusations were inaccurate.

They also said in part, “The district does not and does not deny students the necessary support they need to access language, learning, and the curriculum regardless of their age,” and “ Solon School fully supports ASL learning for students and ASL interpreters currently serve students in our district. ”

The Szuc family disagreed, saying they had no choice but to move the family to Columbus, Ohio, and enrolled Ivy in the Ohio School for the Deaf.

“The best we can do is surround her with the deaf community and support her in the best way we can and hope that when we send her to school, she’s in school. ,” said Jamael.

Nick has also spoken before the Ohio State Board of Education about the situation and is urging them to take action to better serve the state’s 2,000 deaf children.

‘What a shame’: Driver suspected of taking the wrong road speaks out

“It is difficult because many school districts do not understand what sign language means for the deaf. Nick said.

Szucs asked the state council to find ways to better connect deaf children from ethnic minorities, whether that be through bussing or the Ohio School for Deaf odd-sites.

Nick said: “Just tie them together so they grow up together, as friends, they can sign together.

The State Council has absorbed the proposals and is currently reviewing possible policy changes and actions.

Flow La Movie producer/artist, best known for hits like 'Te Boté', dies in a plane crash with his family

What was the original name of the Big Mac?