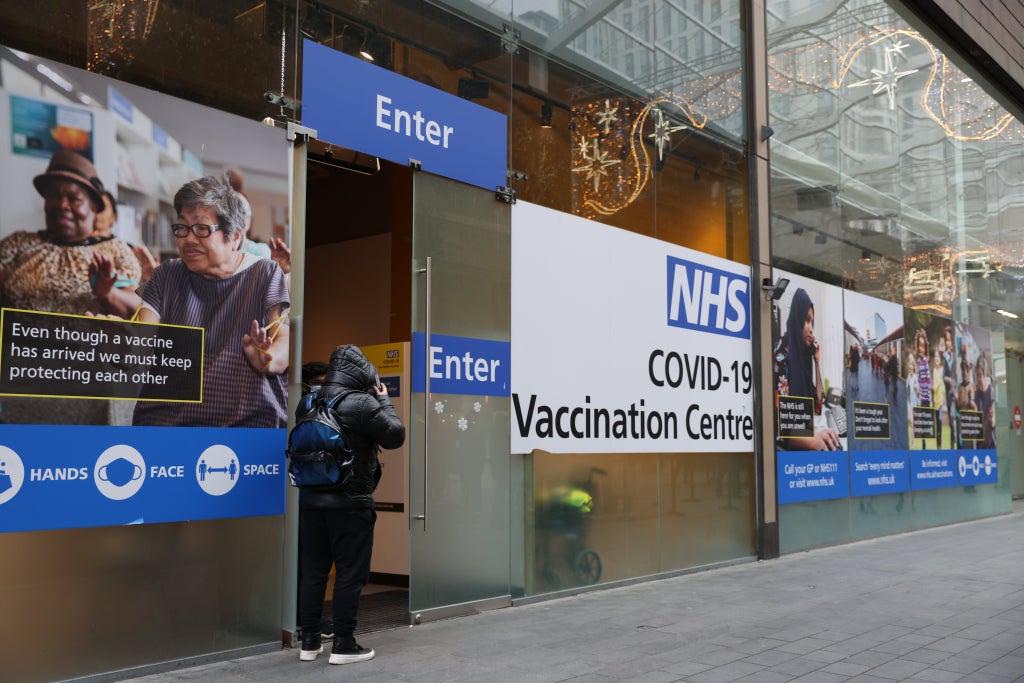 The omicron variant could cause a new wave of the pandemic worse than that seen last winter without a new lockdown, modelling by top UK scientists advising the government has found.

Scientists at the London School of Hygiene & Tropical Medicine (LSHTM) found that the variant could potentially cause higher levels of cases and hospitalisations than was seen in January 2021 if no action was taken – with as many as 75,000 before April.

The researchers, who sit on the Scientific Pandemic Influenza Group on Modelling (SPI-M) or the Scientific Advisory Group for Emergencies (Sage), say there is still a “a lot of uncertainty” about omicron’s characteristics and that their research is yet to be peer-reviewed.

But Dr Rosanna Barnard from LSHTM’s Centre for the Mathematical Modelling of Infectious Diseases, who co-led the study, said:

“In our most optimistic scenario, the impact of omicron in the early part of 2022 would be reduced with mild control measures such as working from home.

“However, our most pessimistic scenario suggests that we may have to endure more stringent restrictions to ensure the NHS is not overwhelmed. Mask-wearing, social distancing and booster jabs are vital, but may not be enough.”

She added: “Nobody wants to endure another lockdown, but last-resort measures may be required to protect health services if omicron has a significant level of immune escape or otherwise increased transmissibility compared to Delta. It is crucial for decision makers to consider the wider societal impact of these measures, not just the epidemiology.”

The team of researchers estimated that omicron was evading vaccines “by a substantial degree”, and is likely to be anywhere between 10 per cent less transmissible or up to 35 more transmissible than than the existing Delta variant.

Under the most pessimistic scenario in the study they estimate there could be anywhere between 25,000 to 75,000 deaths in England over the next five months without any additional control measures. They say that omicron is expected to become the dominant variant in England before the end of this month.

The scientists say they have taken into account additional protection afforded by booster doses but that the picture could be improved if “a very high uptake of booster vaccines is achieved”.

The researchers’ findings agree with other studies that boosters, and the scale and speed of the booster programme, will have a “large impact” on the results.

Dr Nick Davies from CMMID, who co-led the research, said: “These are early estimates, but they do suggest that overall omicron is outcompeting Delta rapidly by evading vaccines to a substantial degree. If current trends continue then omicron may represent half of UK cases by the end of December.

“Further analysis suggests that the booster programme is vital, with a counterfactual scenario with no boosters showing a peak in hospitalisations that could be as much as five times as high as the scenario with boosters.”

He told reporters that there was “pretty good evidence of exponential growth” of the variant in the data they analysed.

Dr Davies also said the latest data showed “a very fast rate of increase” and painted a picture that was “quite concerning”.

But he said that “the case for further control measures is really not for us to decide”.

“We really need to leave that to the decision makers who will be weighing up a huge number of factors,” he said.

Other countries in Europe such as Austria and the Netherlands have moved towards new lockdown or partial lockdown measures.

The UK government has not floated the idea, however, and is instead reintroducing mask mandates and recommending people work from home.

https://www.independent.co.uk/news/health/omicron-covid-19-lockdown-nhs-b1974177.html Omicron Covid wave could be worse than last winter without new lockdown

USPS, UPS, FedEx shipping deadlines for Christmas package deliveries are around the corner