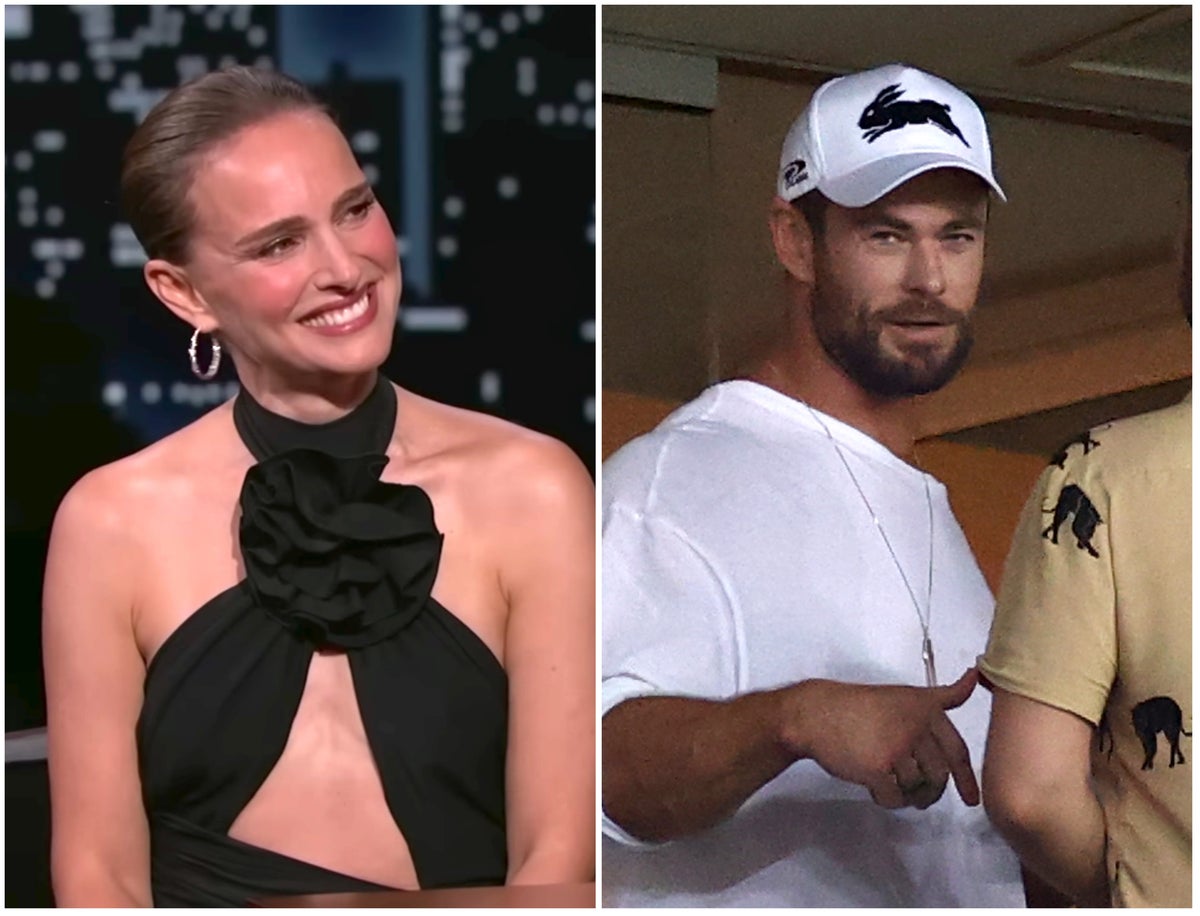 Natalie Portman revealed that her Thor franchise co-star Chris Hemsworth had to hide behind a tree while picking up his kids from school to avoid drawing too much attention.

The actor who appears next in Thor: Love and Thunder (to be released on July 7th) was on Jimmy Kimmel Live! on Saturday (June 25) and spoke about the shooting of the fourth film in the series in Hemsworth’s native Australia.

Portman’s two children, son Aleph, 11, and daughter Amalia, 5, joined her on filming and were able to attend a local school with Hemsworth’s children. Hemsworth has three children with wife Elsa Pataky, daughter India Rose, 10, and twins Sasha and Tristan, both 8.

“One day we ended up at school at the same time and I felt so bad for him,” Portman told guest host Sean Hayes. “Because I’m small and I can disguise myself with the mothers. And then he comes in, he’s like a Greek god going through.”

She continued: “He’s really famous everywhere but especially in Australia he’s so, so well known.

“So to see him kind of hidden by the tree … it felt like a weird sitcom of the superheroes at the school pickup.”

Thor: Love and Thunder will be released on July 7th.

https://www.independent.co.uk/arts-entertainment/films/news/natalie-portman-chris-hemsworth-thor-b2110469.html Natalie Portman says Chris Hemsworth has to hide from other parents when he picks up his kids from school

Conor McGregor makes his acting debut opposite Jake Gyllenhaal in the remake of Road House.