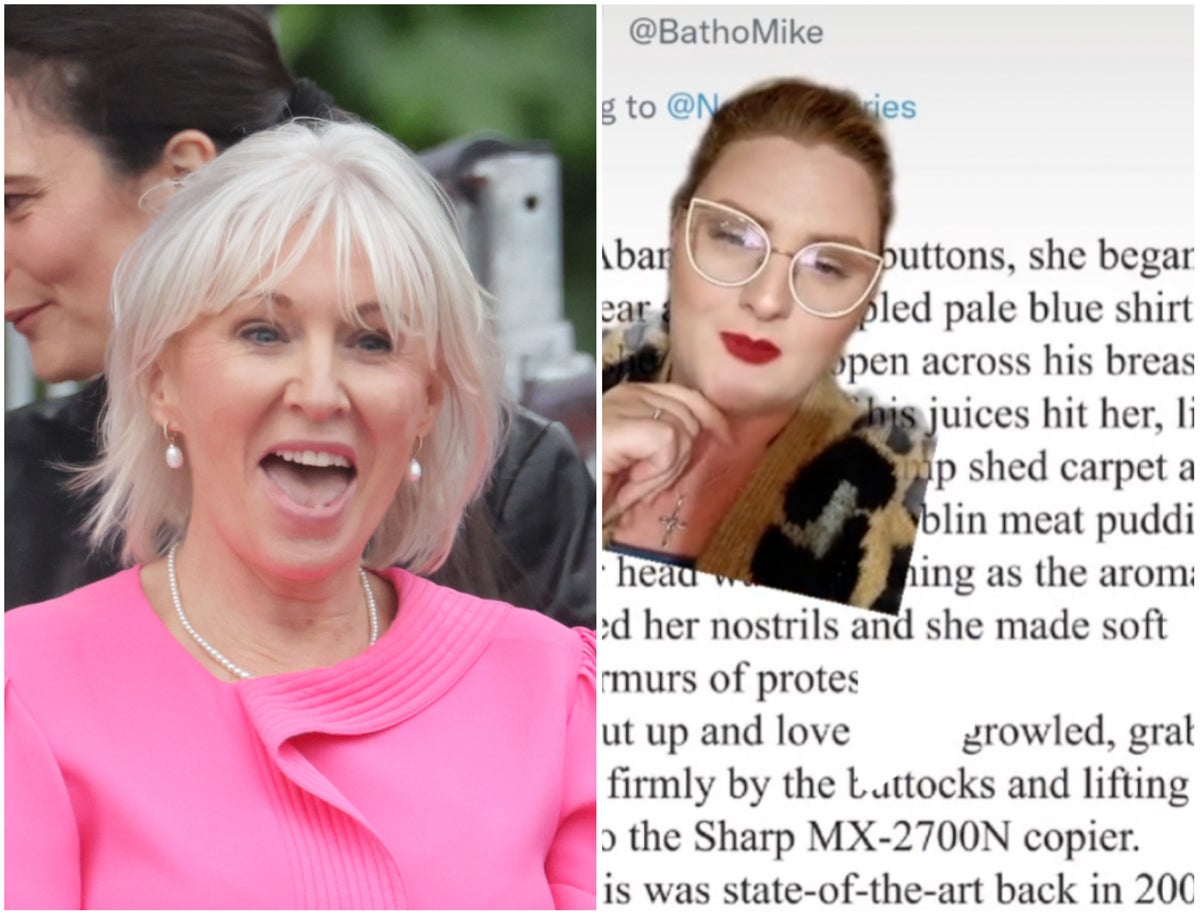 As the race for Tory leadership heats up, more and more people are learning about Culture Secretary Nadine Dorries’ work as a novelist.

This week Dorries threw her support behind Liz Truss and launched a series of attacks on rival Rishi Sunak.

The woman made vomit expressions the entire time she read through the prose, which includes lines like, “She could feel his semen, now cold, slowly creeping down her nose and cheek.”

“It’s about to get a lot worse,” the TikToker noted, before moving on to another excerpt in which Dorries describes a man’s smell as “a cross between a damp carpet of scales and the drain of a goblin meat pudding.”

According to her publisher, Head of Zeus, Dorries has sold more than 2.5 million copies of her numerous novels since 2014, with the majority of sales coming from e-book purchases.

Excerpts of her work have long been shared by the popular Twitter account. @DailyDorrieswho shares a piece of her work every day.

The eroticism of Dorries was also spoofed by comedian Sooz Kempner, who dons a wig similar to the politician’s hair to read parody versions of her work, though one could argue that the writing already goes beyond parody.

Is iOS 16 beta stable?: Is it safe to install on iPhone?