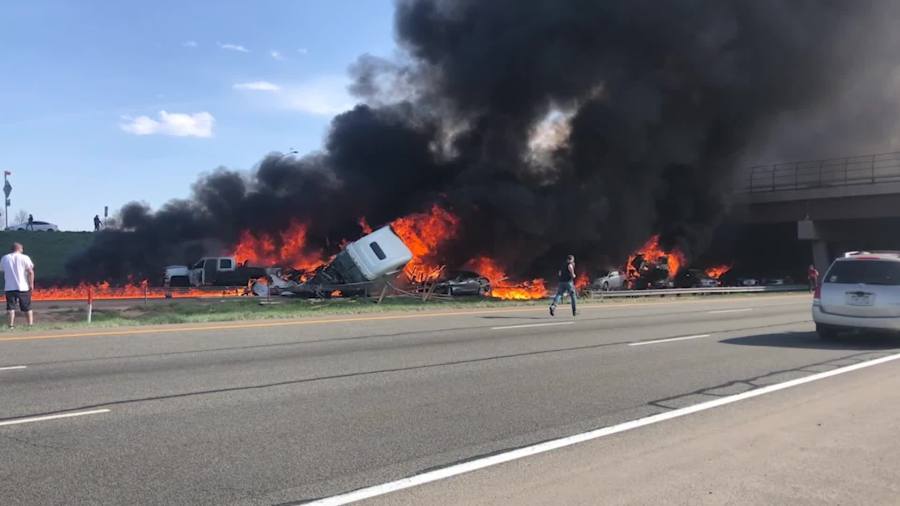 DENVER (KDVR) – Deadly crashes involving large trucks and buses like the one caused by Rogel Aquilera-Mederos claim thousands of lives each year – often not the occupants’ lives. big truck or bus.

On average, there were 5,035 deaths each year from crashes involving large trucks and buses between 1975-2019. The number of deaths per year gradually decreased until 2009. Since then, the number has increased by 1,300 deaths per year.

The majority of those killed in these crashes were passengers of the vehicles other than the trucks and buses involved.

Human error is the biggest factor in big truck crashes.

More than three-quarters of truck accidents are attributed to human error rather than the environment or the vehicle itself.

Forty-two percent of large truck crashes are caused by driver problems such as speeding or hasty driving, according to crash cause reports from the Motor Vehicle Safety Administration. Federal.

Another 35% is due to lack of attention, while 3% is due to poor performance such as drowsiness or illness.

Vehicle problems such as brake failure in the case of Mederos account for only 8% of fatal truck crashes.

https://kdvr.com/news/data/most-of-the-5000-truck-and-bus-related-crash-deaths-a-year-are-human-error/ Most of the more than 5,000 truck and bus-related deaths each year are caused by human error

Can you get double pay for working over Christmas? Your rights explained

The June 16 celebration is a federal holiday, thanks in part to 95-year-old Opal Lee