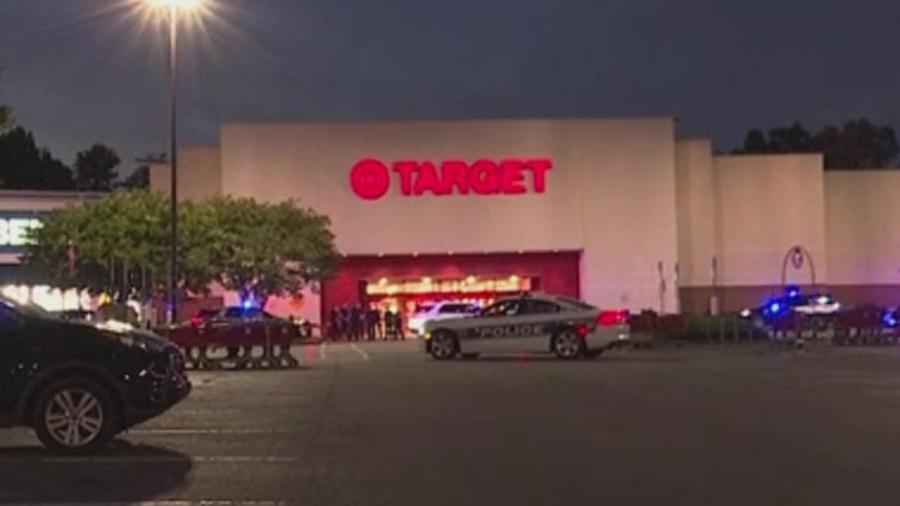 WINSTON-SALEM, NC (WGHP) — Several attackers were undeterred even after the victim fired a shot into a target in Winston-Salem, according to the Winston-Salem Police Department.

At 8:32 p.m. Tuesday, officers were responding to a report of a possible shooting inside the target at 1040 Hanes Mall Boulevard.

Forsyth County officials and deputies evacuated the store in search of possible shooting victims, but found no injuries. However, they found evidence of a fight in the back of the store, as well as damage that suggested a gun had been fired.


A 25-year-old man was taken to the hospital with head and facial injuries, police said. Police said his injuries were minor and he has since been discharged from hospital.

He told police he was inside the store when three men approached him and began attacking him, hitting him several times in the face and head.

The victim then pulled out a gun and fired a shot “to discourage the suspects from attacking him,” police said. According to reports, the shot did not deter the attackers. They continued to beat him and took his gun from him before running out of the store.

The victim told police he drove home before being taken to a hospital.

“The investigation is still in its early stages, but there are indications that it was not a random act of violence,” police said in a press release.

Officers offered descriptions of three suspects. All three were white males between the ages of 20 and 30. One suspect, described as heavyset with a reddish beard, wore a red T-shirt and black pants. The second wore a purple shirt with “Fremont Ross” written on the front and tan khaki shorts. The third suspect, who was described as having a thin build, wore a black T-shirt with a multicolored design on the front, along with Carolina blue shorts and black sneakers.

The attackers were last seen exiting the front door of the target and entering a small, white, four-door, midsize or hatchback vehicle. The vehicle may have an Ohio license plate.

Brody Jenner was 'thrilled' when The Hills reboot was cancelled