RELATED: Lunar New Year 2022: Things to know about traditions and celebrations for the year of the Tiger

We know the occasion is often presented through cultural clothing, food, dancing, games, etc. But there are details that are not commonly known about the holiday. The Asian American community in Houston spoke with ABC13 reporter Rosie Nguyen on Race and Culture to give us a deeper insight into Asian traditions.

Why is the Lunar New Year on a different day every year?

“We now use the Gregorian calendar, which is based on the movement of the sun. Greater Houston,” said HC Chang, chapter president of the OCA. “A lunar year is about 11 days shorter than a solar year. We have 365 days a year, but in a lunar year, there are about 354 days a year.”

Besides the Lunar New Year, what else is the lunar calendar used for throughout the year?

“We often celebrate the death anniversary of our ancestors, especially grandparents and great-grandmothers according to the lunar calendar. So I always have to calculate carefully, because our calendar will change every year,” Ms. Thu said. Nguyen, executive director of OCA Asian Pacific American Advocates.

“The lunar calendar is traditionally used for agricultural functions. Agriculture is one of the largest industries in East and Southeast Asian societies. So a lot of farmers rely on this calendar to determine determine when to plant and when they will have rain or drought.” Chang said.

“In Korea, many holidays are celebrated based on the lunar calendar. The biggest holiday among them is Chuseok, which falls on the fifth day of the eighth lunar month. It’s like Thanksgiving in America,” said Jin Lee, an instructor at the Houston Center for Korean Education.

Besides China, what other countries celebrate the Lunar New Year?

“Vietnamese and Korean also celebrate it. Some Chinese Singaporeans and Chinese Malaysians do too,” said Mei Li, director of fund development and culture at the China Community Center. 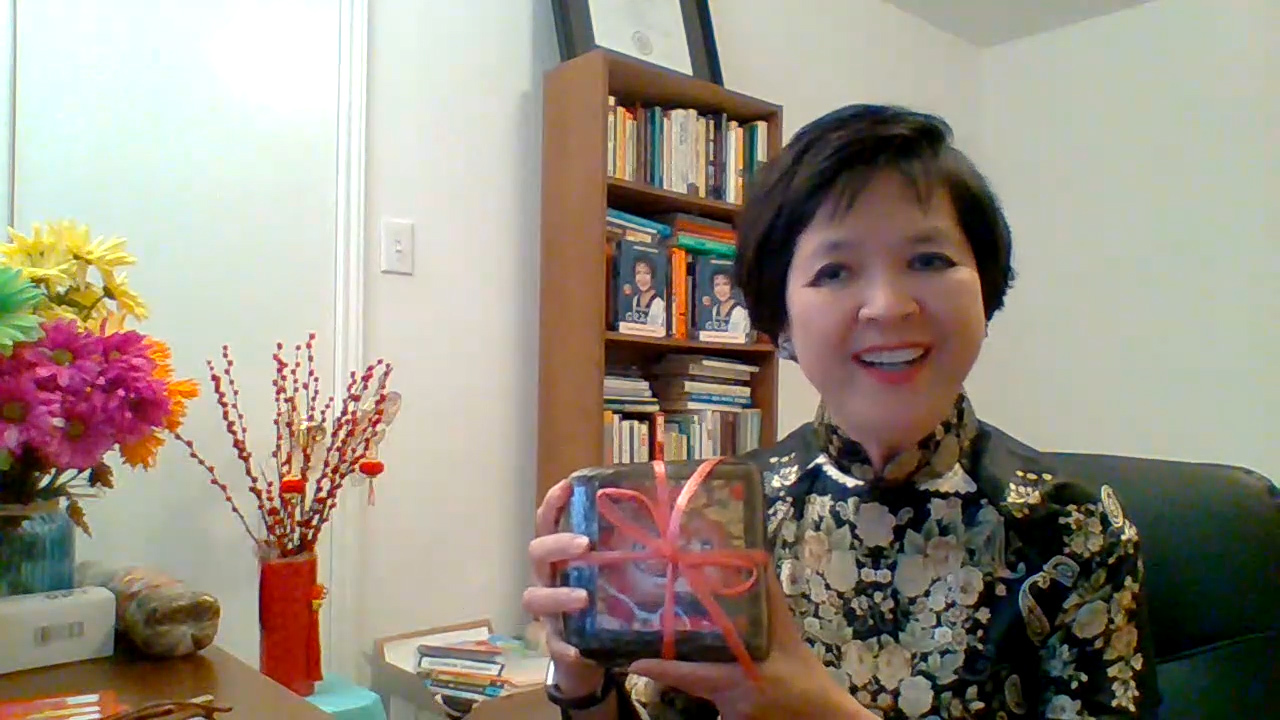 Is there any difference in how some of these cultures celebrate?

“In Vietnamese culture, we have different dishes like banh chung and banh tet, which are sticky rice wrapped in banana leaves. But in China, they eat dumplings and noodles for longevity and that’s usually not made in Vietnam”. Thu Nguyen said.

Chang said: “In Korea, people will eat sticky rice cakes quite a bit. In Vietnam, traditionally, people will break a tree branch, as that symbolizes an act of growth, as well as good luck. “, said Chang.

Are the animals of the zodiac the same in all cultures or are there slight variations?

“According to the Chinese calendar, the rabbit is one of the animals of the zodiac. As I understand it, the Vietnamese New Year uses a cat instead of a rabbit. Both are lovely animals,” Chang said. .

“In China, one of the animals of the zodiac is a cow. But in Vietnam it’s a buffalo. There is also a slight variation with the pig, it will be called a wild boar instead,” said Alice Lee, CEO of Southwest Management said. District.

Is your zodiac year considered good or bad for you?

“It’s been a year of caution. People like to be very cautious when it’s their zodiac year,” said Thu Nguyen.

“It is a year when someone should pay attention to wealth, health and everything in general,” said Chang.

“It can be extremely bad or extremely good. If it’s bad, we have a way to fix it. Just wear a lot of red, because red is considered a very positive color by the Chinese and others. according to the lunar calendar”, Li.

“I can say that there will be a lot of challenges for that person in their zodiac year. But there’s nothing they can’t overcome. I truly believe that whatever situation befalls you, you have strength within me to really deal with it,” said Dr. Anhlan Nguyen, chief executive officer of Lyceum Global. 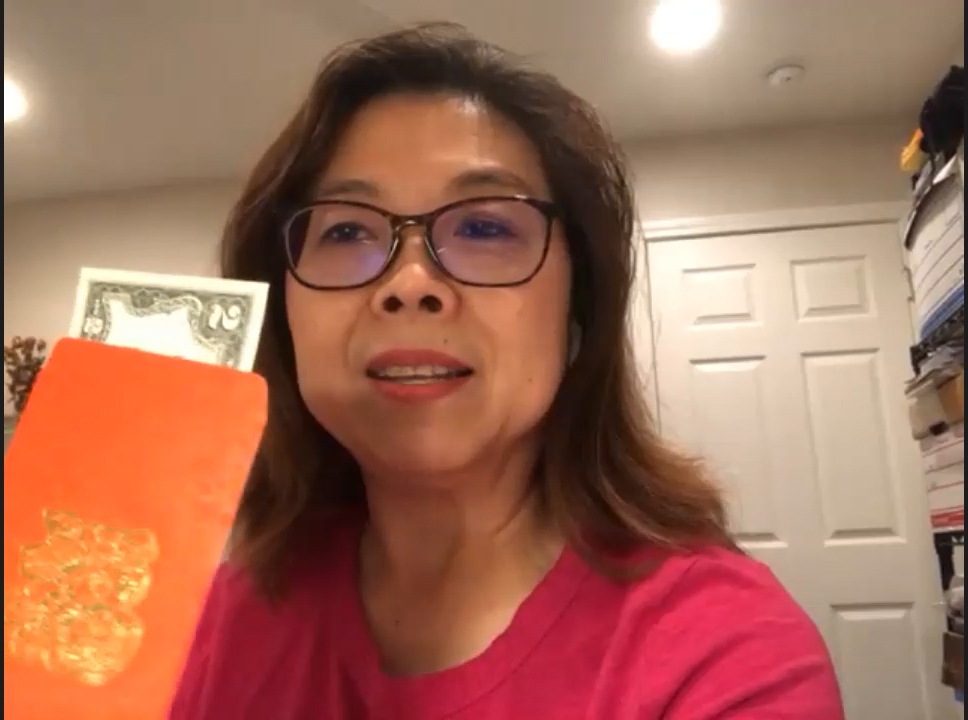 What is the criteria for red envelopes in red/white envelopes? Who took them? Who gives them?

“You will usually get a red envelope from someone a generation or two older than you, such as your parents, your uncle, your aunt, your grandparents, etc,” says Chang.

“There’s no set age. It varies from family to family. But I would say when you start making money, like when you’ve graduated from school, started working and are making money, you can should start giving instead of taking,” Li said. “Another scenario is after you get married.”

Alice Lee said: “Red red packets are usually passed from the elderly to their children and unmarried people. So if you are single and you are 50 years old, you can still receive lucky money. in month”.

Dr Anhlan Nguyen says: “No matter how old you are, you can always get a red envelope from someone older than you.

What are some superstitions or taboos surrounding the Lunar New Year?

“You should have your hair cut or manicure/pedicure before the Lunar New Year. That’s not something you should do during the first two weeks of the New Year. Everything revolves around your health, wealth and safety. So you don’t want Thu Nguyen to speak.

“You don’t want to schedule any doctor’s appointments on New Year’s Day, unless of course it’s an emergency. You want things to be positive,” Li said. “In the culture and region where I grew up, it’s funny that we believe you can’t say ‘no’ to people during the first three days of the new year. So as a kid, I always took advantage of that. there and ask. my mother for things like candy.”

Jin Lee said: “In Korea, our ancestors did not sleep on New Year’s Eve, believing that if you do, your eyebrows will turn white.

Faced with the impact of the COVID-19 pandemic, does the 2022 Lunar New Year have a special meaning for the Asian-American community in Houston?

“This year has been especially exciting for so many families to see each other for the first time in a few years,” said Thu Nguyen.

Nguyen added, “On the anti-Asian side, this is also a holiday that we approach with caution. We know this is a time when everyone understands that small businesses are run by Asians. Asian owners are peaking in business. So people are exercising a lot of caution when going out, as they could be attacked while on essential travel or gathering in groups.”

“Interestingly, firecrackers have traditionally been seen by Asian folk as a tool to prevent pandemics,” says Chang. “Coincidentally, we draw some historical similarities to where we are now. stay with a new year. Hopefully with the New Year and fireworks we’ll be able to stop this pandemic.”

“This year, the Lunar New Year is more than just a celebration of the holidays. It’s a celebration of unity and a price to pay for all of us, regardless of culture- in together, overcome the Pandemic, to get through this difficult time. We cannot win this alone, and we certainly cannot win it when we are divided,” said Mr. Li.

Consumer Prices: Houston economists weigh up the recovery in the economy