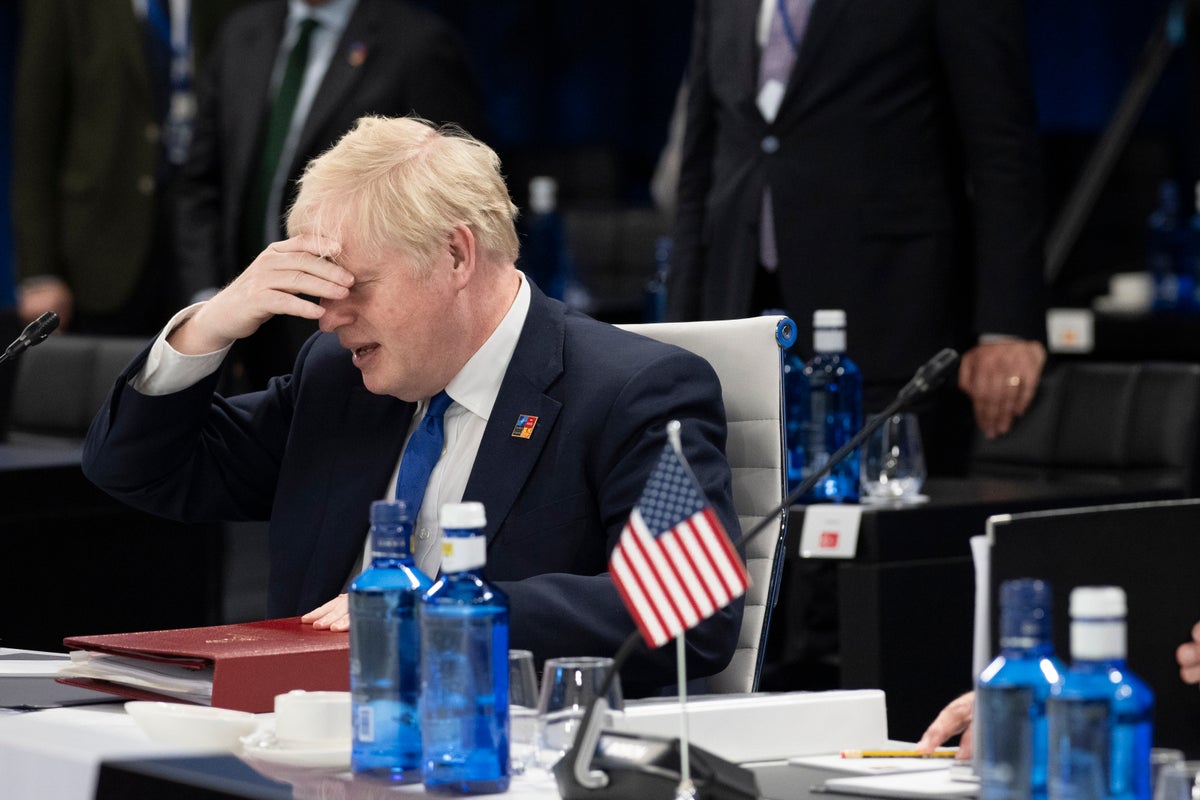 Liz Truss has dismissed claims by Boris Johnson’s allies that the probe into whether he lied to Parliament about the Partygate scandal will be “a kangaroo tribunal”.

No 10 appears to have launched a whisper campaign against the crucial probe – after announcing whistleblowers can make anonymous testimonies about what the Prime Minister knew.

Allies told by Mr Johnson The Daily Telegraph of their fears that ‘hearsay evidence’ will be used against him, and also wonder why Labor veteran Harriet Harman will lead the inquiry.

A No. 10 source told the newspaper it would be impossible for Mr Johnson to challenge anonymous evidence when he testifies before the Commons Privileges Committee in the autumn.

“It’s crazy. To speak of hearsay is not in the interest of the matter. How can you interrogate someone who hasn’t turned up? If you don’t trust the process, how can you trust the outcome?” the newspaper quoted a pro-Johnson MP as saying.

But Ms. Truss, the secretary of state, dismissed questions about the credibility of the process – after Defense Secretary Ben Wallace also said he was satisfied.

When asked if she feared “a kangaroo court,” Ms Truss said Sky news: “No. We have these processes in Parliament. The process has started. Now we have to wait for the result.”

She told that BBC radio 4: “We must allow this process to continue. I have complete confidence in my fellow parliamentarians to listen carefully to the evidence and make the right decision.”

Chris Bryant, who resigned from chairing the inquest for Ms Harman for calling for Mr Johnson’s resignation, accused him of trying to ‘overthrow the rules’ before they started.

“You’re afraid of getting caught. Committee members are thorough, fair and conscientious. They are being advised by the former head of the Tribunal Service,” he tweeted.

“But that’s what Johnson always does, throwing the rules or the body that decides overboard.”

Although anonymous evidence will be allowed, it is only possible where Ms. Harman “is able to ascertain the identity of the individual in cooperation with committee staff.”

The committee has appointed as an adviser Ernest Ryder, a former Court of Appeals judge who recently reviewed the norm system for disciplining MPs.

The Secretary of State also lashed out at colleagues who used abusive language about Russia’s leader after Mr Johnson called him “nasty” and Mr Wallace said he had “Kleinmann syndrome”.

“I never met Vladimir Putin. I’m not claiming I can do a psychological analysis of him, nor do I think it’s helpful,” Ms. Truss said.

And when asked about the prime minister’s argument that Putin would not have invaded if she had been a woman, she said: “I believe that both men and women are capable of doing evil things.”

Ms Truss also hinted that Britain should send arms to Taiwan, which is under threat from China, saying: “We must learn the lessons of Ukraine. We could have ensured earlier that a Ukraine had the defense capability.”

https://www.independent.co.uk/news/uk/politics/liz-truss-partygate-johnson-harman-b2112663.html Liz Truss dismisses Claim #10 that the investigation into Partygate’s “lies” will be a “kangaroo court.”