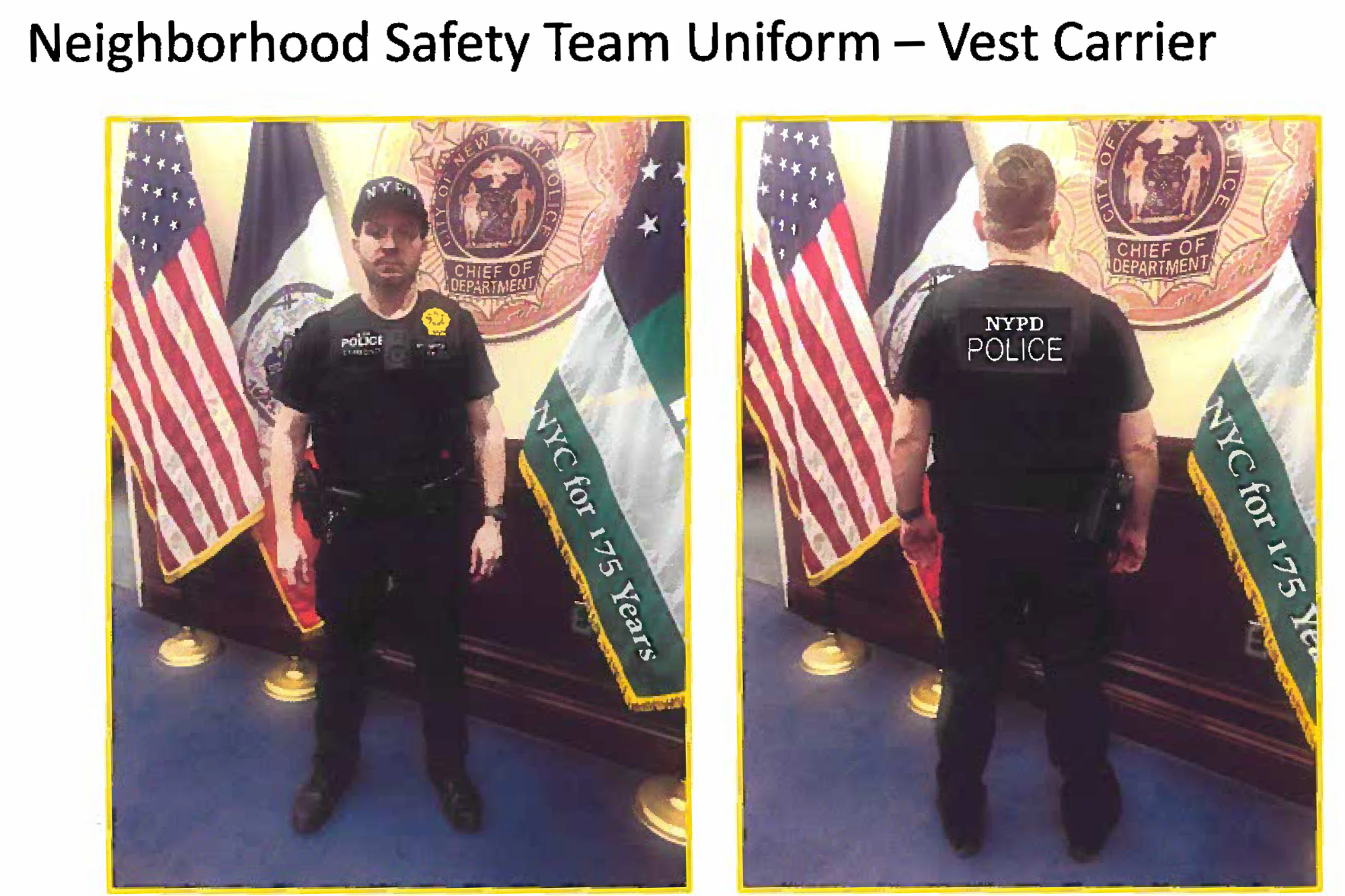 They might as well come with flashing lights and little built-in sirens.

Do the terms “undercover cop” or “surprise effect” mean anything to Mayor Adams? The goal of a crime-fighting unit is to get close to the villains, some of whom are suspected of carrying unlicensed weapons without them realizing it. The poster uniforms that the police will wear are a joke.

As a former police officer, the mayor knows what I’m saying is true. My guess is that Adams is being run by Governor Hochul — or maybe he’s just giving in to the police reform fanatics.

This new crime-fighting unit will never be successful unless equipped as planned. The street gangs will laugh out loud.

criticize Trump
Thank you, finally, for printing a piece like Michael Goodwin’s “Forget the past, Don.” (27th of February).

It is important that such thoughts appear in print. There are many conservatives out there who feel alone and that they are the only ones who believe that one can disagree with a policy or two of former President Donald Trump’s policies or opinions while still supporting him overall.

Many on the hard right are trying to bully these citizens with an all-or-nothing attitude. Personally, I have lost such friendships simply because I question Trump’s antics and extreme politics.

Make no mistake — as President, I feel like Trump has had few, if any, peers in the recent past, and I’ve shouted my support.

During his tenure, I have tried to refrain from criticism. But the end of his run was messy and unproductive, and many of his staunch supporters don’t want to admit it.

Goodwin’s article will serve to validate the opinions of maligned conservatives who would still likely offer support for another Trump run.

rodeo ‘bull’
The video Cody Hooks shared of him falling off a bull and his dad helping him was indeed “harrowing” — but not just for the people involved (“Furious Bull: Video Shows Dad Protecting Son From Attacking Beast At Rodeo” February 28).

Seeing a terrified bull trying to protect himself from ropes cutting his skin and a man clinging to his back – just like a predator would – was terrifying too.

Rodeos are nothing more than manipulative demonstrations of human domination over animals. Sharp sticks, spurs, and pinching ratchet straps are commonly used to irritate and upset the animals. They are also sometimes stung with an electric “hotshot.”

Abusing bulls and provoking them into “wild” behavior to make cowboys look brave is not what “bravery” really means.

Let Kyrie play
With immunization records on the way out, Mayor Adams said private employee mandates will continue (“Free Kyrie!” Editorial, March 2). Reconsider the game! The message is both muddled and muddled.

Case in point: Kyrie Irving can shoot baskets outside of Brooklyn, but not at home. He can now get dressed, sit down – while watching unvaccinated players from other teams run circles around his teammates. What’s the point? Let Kyrie play.

And take all other unvaccinated employees out of the bank. Many of these people have worked during the pandemic and kept the city in the game when COVID held us down.

LeBron James pours in 56 points to lead Lakers past Warriors

Man denied heart transplant because he wasn’t vaccinated against COVID