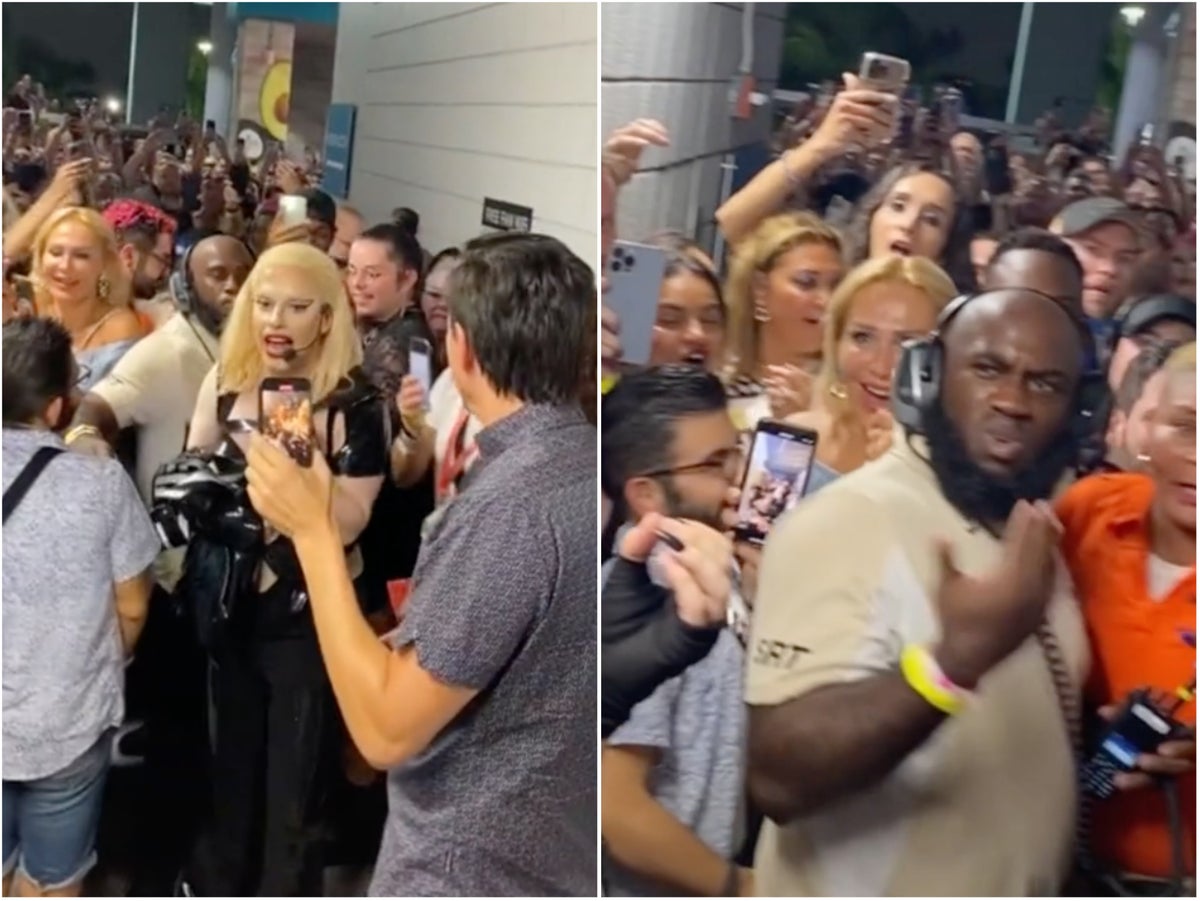 Drag queen Penelopy Jean was apparently mistaken for Lady Gaga by the singer’s security guard at a live concert.

Gaga performed as part of her Chromatica Ball tour in Miami, Florida on Saturday (September 17) before the concert was interrupted mid-show due to a thunderstorm.

Brazilian drag queen and Gaga impersonator Penelopy was among those watching the show and was swarmed by fans at the venue who mistook her for the real pop star.

In a clip that has gone viral on social media, Penelopy is chased by a security guard as she shouts “I’m a drag queen” over the screams of fans.

She then turns around and the security guard looks shocked to realize she isn’t the singer of “Born This Way”.

“The moment security realized I’m not Gaga,” Penelopy captioned the video, which has been viewed more than 12 million times on TikTok.

“I would love to see Lady Gaga’s reaction,” wrote one commenter.

“Imagine being this iconic,” wrote another.

“THE FACT YOU NEED TO TELL IT AND NO ONE LISTENS,” read one comment.

You can read The Independent‘s review of the Chromatica Ball here.

Man stabbed to death on New York train by what appears to be a youthful attacker: police officers

Andy “Fletch” Fletcher of Depeche Mode has died at 60