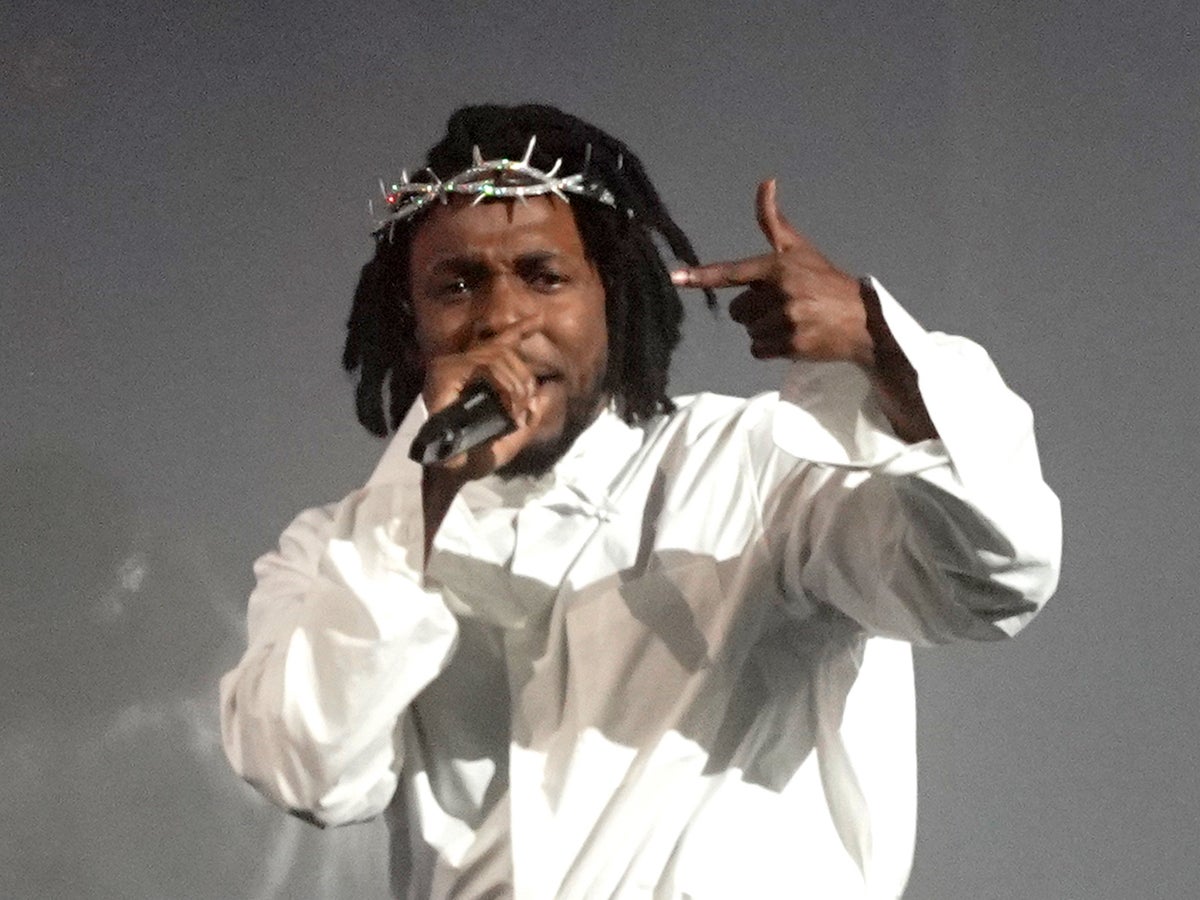 Billie Eilish had a wild light show. Paul McCartney had Bruce Springsteen and Dave Grohl. How does Kendrick Lamar get on stage? Understated setup, zero guest appearances, white shirt, black dress pants, and a crown of thorns. He’s half dressed for his own wedding.

But what a sentence. This is so full of bangers that it breathes life back into a crowd struggling to stay conscious.

Lamar opens with “United In Grief,” the mellow first track on his latest album. Mr. Morale and the big steppers. But before anyone feels a false sense of security, the opening bars of “mAAd City” sound through the night. Fireworks blast across the grounds as “Yawk! Yeh! Yeh! Yeh!” lands. Anyone who thinks this is going to be a series of reflective, conscious hip-hop – like most of the work on Mr Morale – a shock is imminent.

Lamar rolls right into Money Trees. The hypnotic sample – an inverted riff from beach house track “Silver Soul” – meanders insistently through warm bodies as a chilly night falls. “It goes Halle berry… or hallelujah,” yells the crowd. Before anyone has time to think, we’re in Backstreet Freestyle, followed by the opening bars of The Art of Peer Pressure. Lamar is having a hard time; he never misses a beat; his flow is on point.

“Swimming Pools,” his 2012 single, is an early crowd puller as drinks are held high. Then “Poetic Justice” flows seamlessly into “B*** Don’t Kill My Vibe”. Lamar didn’t let up throughout his first album, moving seamlessly from track to track. His most recent single “N95” marks the transition in Mr. Morale and the big steppers.

As the performance develops, Lamar’s unusual staging choices begin to make sense. Its graceful main feature is a clique of dancers that grows larger as the concert progresses. During “N95” they surround Lamar, flashing confusing flares. It’s a fascinating spectacle. Midway through the show, he swaps the male dancers for females, who frame him in a caring embrace. “I love when you call me out,” Kendrick sings on one of his album’s hauntingly slow jams. But we don’t have time to get sentimental… we’re straight to King Kunta. The P-Funk-influenced classic lifts the lid on the worn-out Sunday night contingent.

“I like where your energy is tonight, Glastonbury. We’re going to have a good time tonight,” an appreciative Lamar tells the audience. “DNA” from his Pulitzer Prize-winning album DAMN IT Drops, and Lamar’s energy and flow are so good it feels like he’s overtaking everyone. Suddenly the lights come on and the crowd roars for him as he stands there, nodding and maybe even puffing up a little. Everyone sings his name.

The final song is “Savior,” and without warning, the thorns framing his head seem to bleed, falling off his face and white shirt. “Thank God for women’s rights. They’re judging you, they’re judging Christ,” Lamar raps to great cheers. He changed the text in apparent reference to the Supreme Court’s decision to overturn it Deer vs Wade.

It’s kind of a relief, if not a surprise, that he’s that good. Because Glastonbury has a turbulent history with hip-hop. Jay Z became the first hip-hop artist to headline the festival in 2008, an announcement that prompted Oasis’ Noel Gallagher to claim, “I don’t have hip-hop in Glastonbury. It’s wrong.” Jay’s performance was well received, but it didn’t seem to calm the doubters. What it did pave the way for another hip-hop great, Kanye West, whose low-key performance in 2015 – Big in Spectacle, but without warmth – it was widely seen that he failed to catch up with the crowd.

Stormzy turned the tables again in 2019, making up for a relatively new career with a widely acclaimed performance that came to life thanks to a set packed with pyrotechnics – along with his celebration of Glastonbury and the British grime scene.

And Lamar? Well, tonight he has it all: the hits, the legacy and the humility. “I don’t do it for the gram,” he says on “ELEMENT”. “I do it for Compton”

https://www.independent.co.uk/arts-entertainment/music/reviews/kendrick-lamar-review-glastonbury-b2109997.html Kendrick Lamar Review, Glastonbury 2022: He’s got the hits, the legacy and the humility