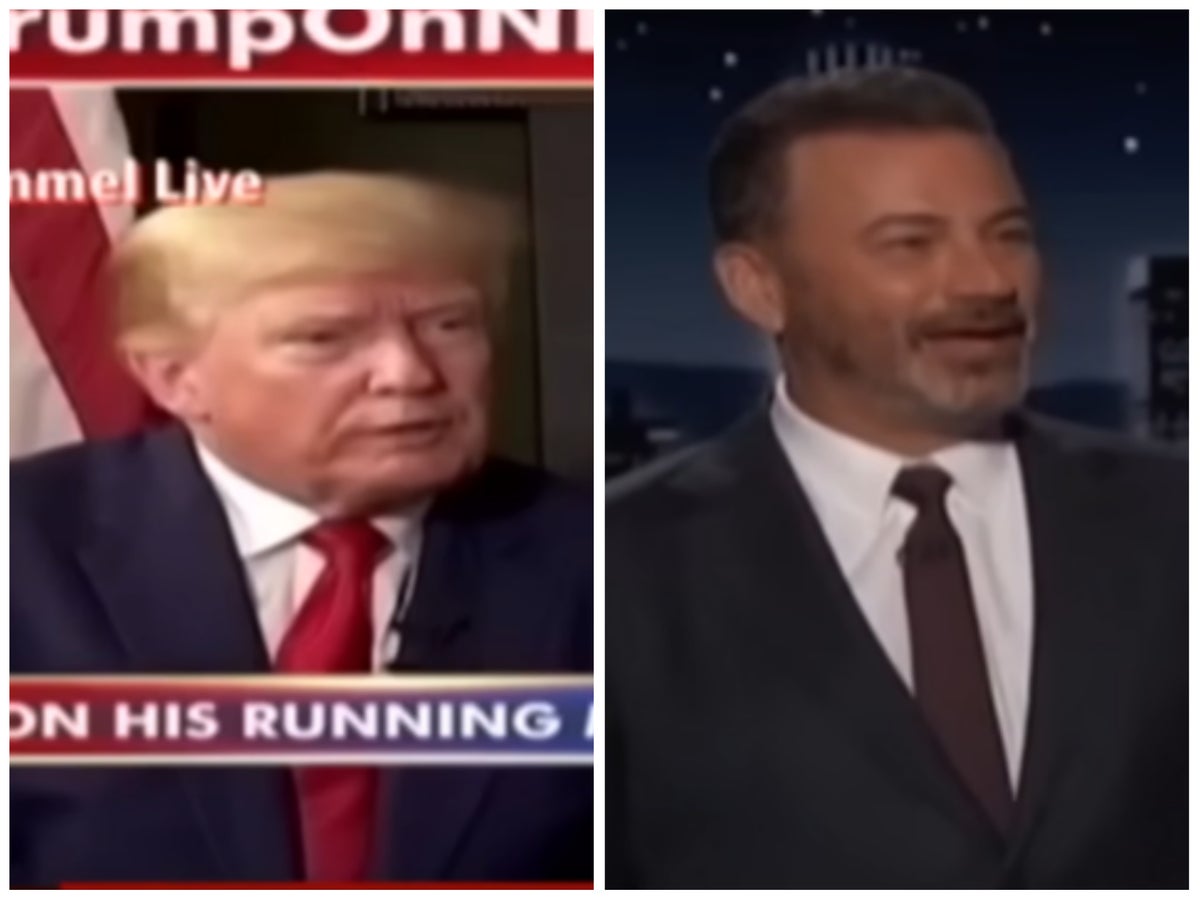 The former US President caught up with NDTV’s Sreenivasan Jain for an exclusive interview that aired on Thursday (September 8) last week.

“What was noticed [about the interview] is the fact check of every statement made by the former US President,” said Sarah Jacob of NDTV, citing the international attention the network’s on-air interview has garnered.

During the interview, Trump, 76, made several false claims, including that he “beaten” President Joe Biden “many times over” in the 2020 election and that he was “a poll leader” ahead of the 2024 presidential elections.

“Would you run again, do you think you could beat him?” Jain once asked Trump.

“Well, I’m leading in the polls by a wide margin. I would think I would hit him easily. I think I beat him last time… If you look at the numbers, if you look at what happened, I beat him by quite a bit,” Trump replied.

The screen then cuts to the results of a poll The Wall Street Journal suggesting that “Joe Biden is indeed leading Trump” in the 2024 presidential race beginning September 1.

Address the interview during Sunday’s (September 11) episode Jimmy Kimmel Live!the late-night host said NDTV had come up with a “new and fun way to fact-check him.”

“Can all interviews with Trump be like this?” Kimmel quipped, adding, “He makes a clearly false statement and edits to a graphic that refutes it, with funky music behind it.”

During the interview, Trump doubled down on his claims that the 2020 election was “stolen” from him after Jain pointed out that the key principle of a democratic election process is that the losing side concede defeat.

Another infographic will then appear on the screen showing the final count of Electoral College votes in the election. Trump won just 232 votes while Biden had 306, Jain pointed out.

“Well, sure. If you do the math,” Kimmel joked, addressing the segment, adding, “But what about the fact that Trump feels like he’s won? Doesn’t count.

“Fibberacci also contributed to the success of Truth Social, his wildly unsuccessful social media platform,” Kimmel pointed out, before leading to a clip of Trump telling Jain “it’s going phenomenally well” during the interview.

In its fact check, NDTV noted that Truth Social is reportedly facing “serious” financial difficulties, with an estimated $6 million loss occurring “in the first six months of 2022.”

“Oh man, I hope he didn’t see the edited version of that interview,” Kimmel finished his segment before making one last joke at the former president’s expense.

“You know, he heard New Delhi and thought he was getting a big pastrami sandwich.”

During his interview with NDTV, Trump also reiterated his unproven claim that the Federal Bureau of Investigation (FBI) placed the documents found at his Mar-a-Lago, Florida residence.

You can read the whole story here.

Robert Pattinson Broods In The Rain In This Motion Poster