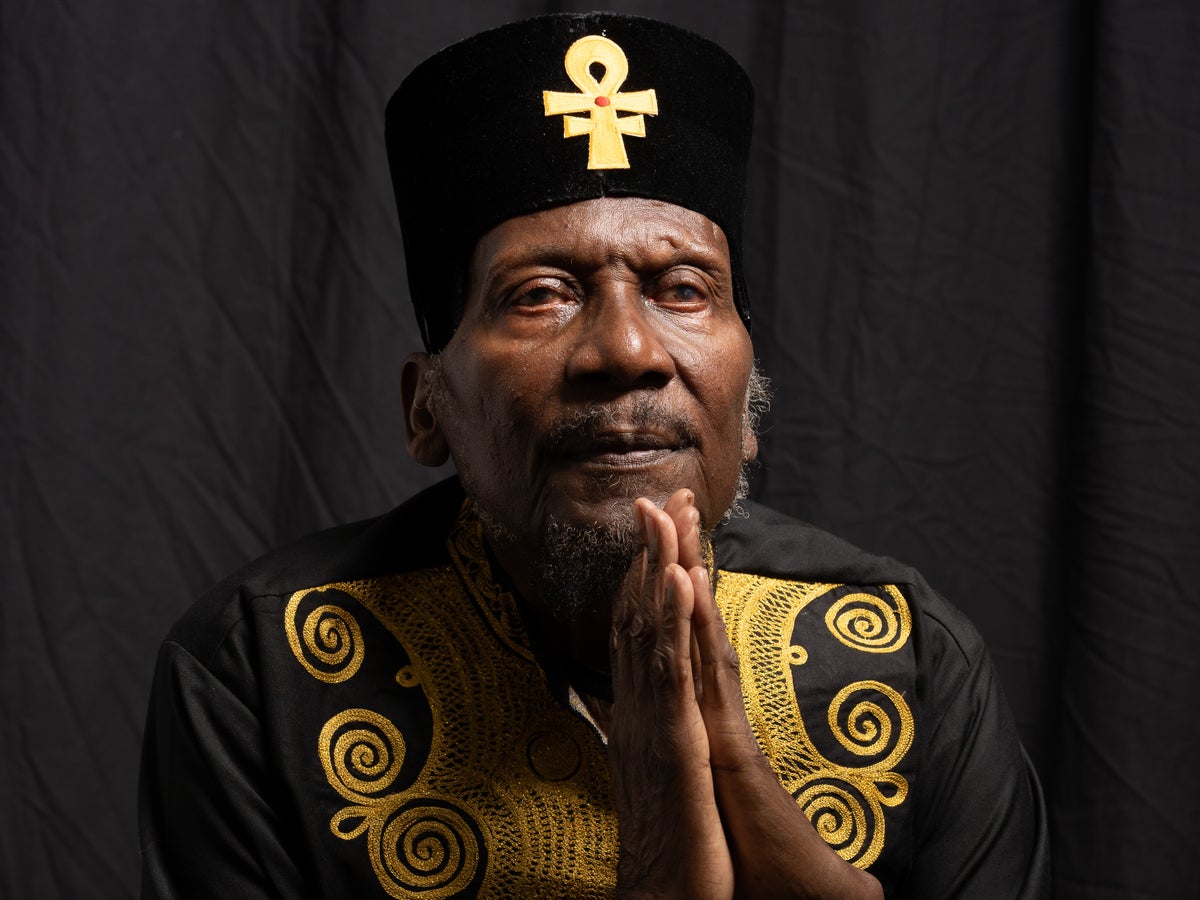 In 1970, Jimmy Cliff was at a crossroads. At the age of 26, the Jamaican singer-songwriter was already one of reggae’s pioneers and rising stars, having had top 10 hits in the UK with his upbeat anthem to the unit “Wonderful World, Beautiful People” and a chilling cover from Cat Stevens’ “Wild World”. He was in London preparing for an extensive tour when he received an offer to star in a low-budget film at home. “I said, ‘You know, I’m really happy to be here in Europe,'” recalls Cliff, now 78, in a voice that’s still rich and resonant, singing from his home in Miami. “It’s not wise to run around and do something like that.”

Perry Henzell, the writer-director who wanted the musician for his film, flew to the UK to try to change Cliff’s mind. “He said a phrase to me that stopped me,” Cliff recalls. “He said, ‘I think you’re a better actor than a singer.’ I said to myself: wow! No one has ever said that to me, and I always thought so! Someone read my mind! It happened like this. I canceled the European tour I had planned and left to do the film.”

The harder they come was released in UK cinemas this month to celebrate its 50th anniversary and became an instant classic upon its release on September 5, 1972. Hugely received in Jamaica — where it was one of the first films to show the realities of life on the island and have characters speak in patois — it was also credited with helping introduce reggae to a global audience. The film’s indelible soundtrack is bursting with classics from many of the artists who helped shape the genre, including Toots and the Maytals, Desmond Dekker and of course Cliff himself, who wrote “You Can Get It If You Really Want”, “Sitting Here in Limbo” ” and “Many Rivers to Cross” as well as the unforgettable title track.

Despite Henzell’s reliance on Cliff’s magnetic screen presence, the singer had little acting experience. Cliff was born James Chambers on July 30, 1944 in Saint James, a suburban community in northwestern Jamaica, and had previously only appeared in school plays. At the age of 14 he moved to Kingston with his father in hopes of finding his way into the music industry. These experiences flowed into the film. Cliff’s character, Ivanhoe Martin, travels to Kingston from his rural home and his attempts at becoming a singer are illustrated by scenes of him writing and performing The Harder They Come. After being ripped off by a producer, he turns to a life of crime. This side of the character comes from the real Ivanhoe Martin, a notorious 40’s Jamaican outlaw turned folk hero after escaping prison known as “the original rude boy.” Cliff searched for stories about his antics in Kingston. “I remember going to an old barber shop and saying, ‘Tell me about Ivanhoe Martin,'” he says. “Everyone told me a different story, and I sat there and absorbed everything they imparted to me.”

Although Cliff’s performance was celebrated, he returned to his daily work after the film’s release. “I went into it thinking that I’m going to do this work with my life and when I’m done I’m going to tour again,” he explains. “That’s how I looked at it.” He did. In the 45 years between 1967 and 2012, Cliff released an incredible 32 albums. Now he’s coming back with me refugees, his first new album in ten years. “It’s been far too long,” he says firmly. “It was time to release new music.”

As the title suggests, the impetus for making the record came in part from the many ongoing refugee crises around the world. Its title track is a political anthem derived from Cliff’s 1970 single “Vietnam,” which Bob Dylan once described as “the best protest song of all time.” It was inspired, Cliff says, “by what’s happening around the world, especially in my home country of Africa.” He pauses. “Some people don’t like it when I say that.” That the whole African continent is his homeland? “Yes, I say that,” he confirms, expressing his pan-Africanist belief in the unity of the continent and its diaspora. “It’s my country. In your ignorance you draw lines across the land. That’s so sad.”

The song marks Cliff’s first collaboration with Wyclef Jean, whose group Fugees takes its name from an abbreviation for “refugees,” and who Cliff has called “one of my biggest inspirations.” Cliff can’t remember exactly how long the two have known each other, although he points out it must have been since at least 2010, which was the year Wyclef inducted him into the Rock and Roll Hall of Fame. “We knew each other from that time and liked each other,” he says. “We love and respect each other’s talents.” To mark the release of the album, Cliff partnered with the UN Refugee Agency to gather information on how best to help refugees through donations and advocacy. In this way, Cliff uses his music to gradually change the world. “I like to start with small things,” he says. “Even if I think big.”

While the album tackles many other weighty themes, including racism and the dangers of greed, it also has its playful moments. Cliff giggles when I ask him about the song “Punus”. “That’s what we call a rough song in Jamaica!” he says. The song concerns a couple, Ernest and Mavis. “They ended up getting married and he was hard of hearing,” explains Cliff. “So when he and his wife had a fight, he just ignored it and said: [he breaks into a lilting melody] “I’ve got the punus, and I’m rubbing the punus, and woooah!” He speaks that way because he’s hard of hearing.” It’s a tune Cliff heard as a little boy. “It wasn’t even a song, just a few words that we used to sing,” he says. “I was like, wow, Jimmy Cliff singing a rude song is probably going to get more attention than singing a clean, pretty song.” I tell him it’s nice, a mix of lighter material alongside the heavy themes listen. “We need balance in life,” he agrees. “That’s what it’s about.”

Cliff has always had a keen ear for hits. He recalls walking into the Island Records offices in London one day in early 1970 and overhearing his publisher playing a demo he didn’t recognize. I said, ‘Who’s singing?’ because the voice sounded familiar,” Cliff recalls. It was Cat Stevens singing “Wild World”. “He said, ‘It’s Steve.’ We called him Steve at the time.” At the time, Stevens wasn’t sure he would release it. “I thought it would hit the bull’s eye!” says Cliff. “I told him I loved the song and if he didn’t want to record it, I would. He said ‘okay’. I said: ‘When?’ I nailed it! I didn’t want him to put it off because he might change his mind. I went to the studio and recorded it the next day. It was a hit, so obviously I was very happy, and then Cat Stevens decided to record it herself.”

While “Wild World” earned Cliff a Top 10 single, he also had the opposite experience of writing songs that became hits for others. His next single from 1970, the glorious rocksteady track You Can Get It If You Really Want, failed to chart in the UK, but Desmond Dekker took it to number two just weeks later. After all this time, does Cliff still believe that if you really want it, if you just try, try, and try, you can get it? He thinks about it for a moment. “Of course most of it,” he finally says, although he can think of a few exceptions. “I didn’t have a number one hit [in the UK or US],” he clarifies. “I’ve had a few in Europe, but I’d love to get more number ones, and I’ve always seen myself as a singer, songwriter and actor — so I’m still chasing that Oscar!”

Jimmy Cliff’s Refugees is available now. “The Harder They Come” is in UK cinemas and is available on BFI player

Kim Kardashian was ‘snubbed’ by Anna Wintour at the NYFW Fendi Show.

When does the house of dragon play?