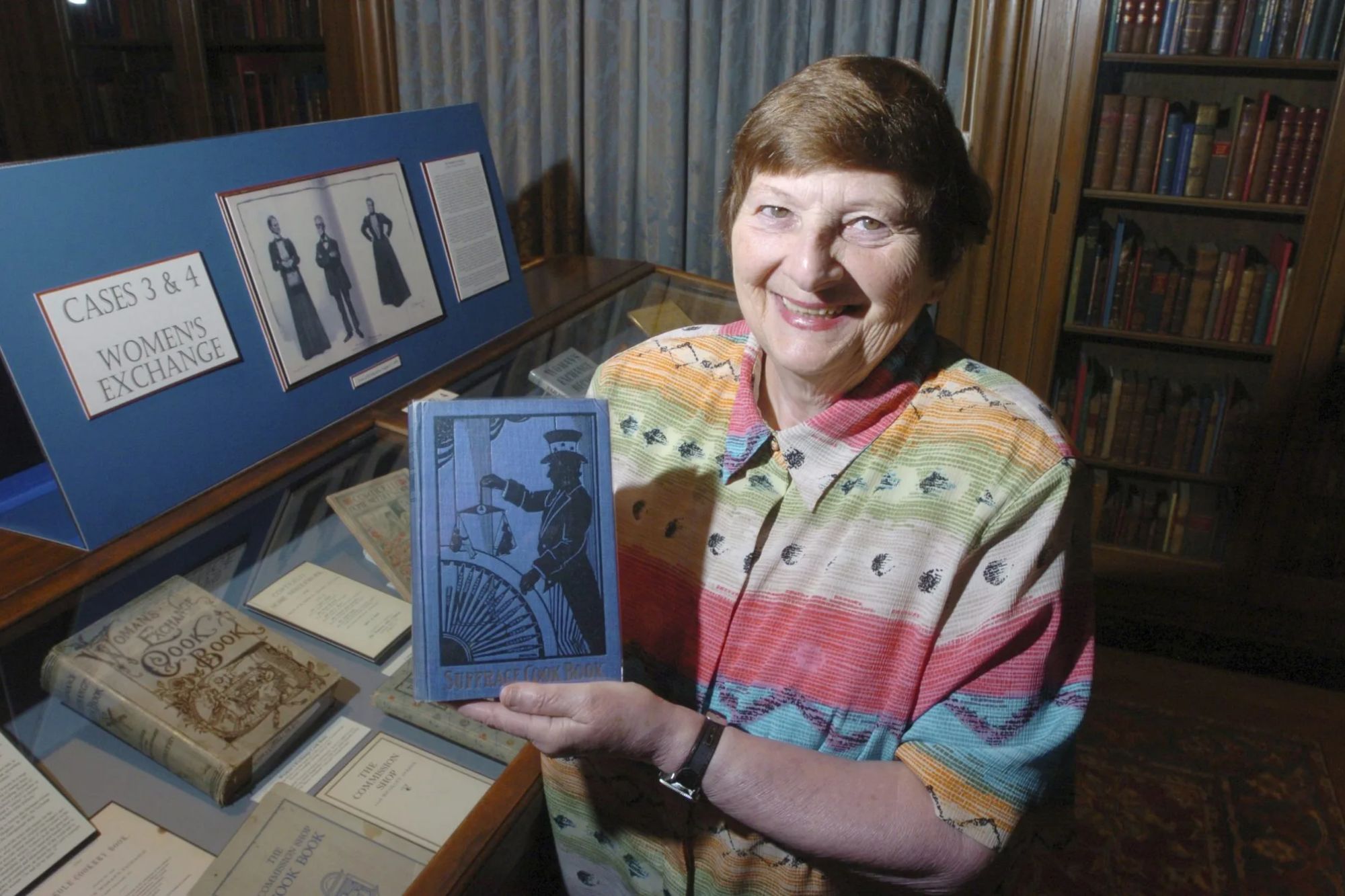 ANN ARBOR, Michigan — Janice Bluestein Longone, who is credited with collecting thousands of items chronicling the culinary history of the United States, including cookbooks, menus, advertisements and diaries, has died at the age of 89.

Longone died Wednesday, according to the Nie Family Funeral Home in Ann Arbor. The cause and place of death were not disclosed.

Longone’s collection formed the Janice Bluestein Longone Culinary Archive at the University of Michigan in Ann Arbor, where her husband, Daniel T. Longone, was a chemistry professor.

Longone said she believes the collection shows how American agriculture and culinary practices defined regional customs and traditions. Her collection included cookbooks from the 1800s and early 1900s called “charity cookbooks” sold as fundraisers and cookbooks for immigrants.

“Our hope is that we have collected materials that will provide researchers with access to a new perspective on American history,” she said in a 2010 University of Michigan article. “It could be rethinking the role of women publishing cookbooks for charity more than 150 years ago, which often reflected the pressing issues of the time, or simply the impact of refrigeration on American tastes and lifestyle.”

The collection included early U.S. cookbooks, such as one printed in 1796, one published by an African American woman in 1866, and a Jewish cookbook published in America in 1871, the university said.

Longone’s activities as a culinary historian included founding membership of the American Institute of Wine and Food, author of entries for The Oxford Companion to Food, and hosting the National Public Radio show Adventures in Gastronomy in the 1970s.

https://nypost.com/2022/08/08/janice-longone-chronicler-of-us-culinary-history-dead-at-89/ Janice Longone, chronicler of American culinary history, has died at the age of 89

The mystery surrounding the skeletal remains of “Mr. Bones” found in an abandoned camp has been solved as cops investigate the “violent” death of a US Air Force veterinarian

What is Peter Thiel’s net worth?