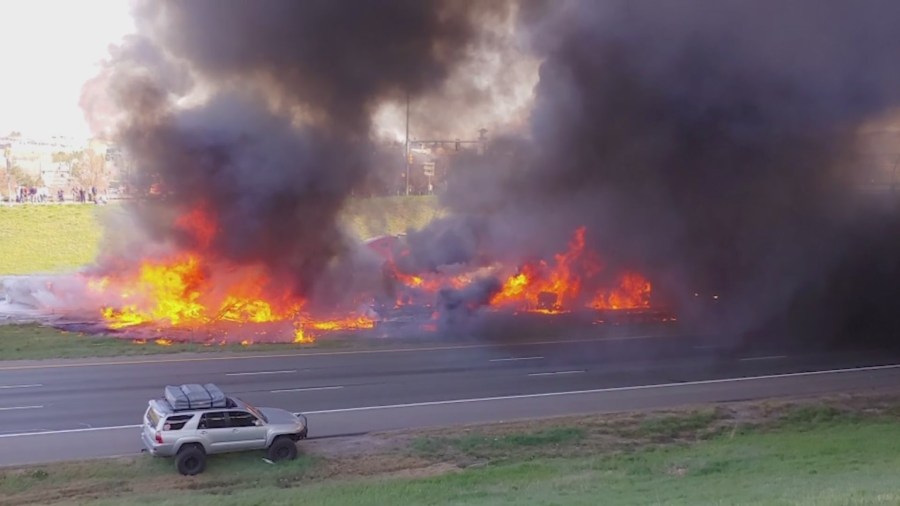 DENVER (KDVR) – While millions have signed on to a petition calling for leniency for the trucker in the deadly crash on Interstate 70, one victim in the case is speaking out about what she thinks will happen.

Valerie Robertson Young will never forget the drive she took on April 25, 2019. She just hung up with her daughter as she drove east on I-70 in Denver West.

“Looked in the mirror and saw a speeding truck,” she said.

Large rig, driven by Rogel Aguilera-Mederos – now sentenced to 110 years in prison for his role – crashed.

Young struggled to get out of his car, snapping photos of the fireball erupting as Aguilera-Mederos crashed into more than two dozen stopped vehicles and four hemispheres in Lakewood, killing four people and injuring at least 10 others. love.

She soon encountered Aguilera-Mederos. She said he asked to use her cell phone.

Now living in Nebraska, Young said she thinks Aguilera-Mederos should serve the 110 years he was sentenced to – or at least half.

How does the sentence compare elsewhere?

Leonard Martinez, an attorney for Aguilera-Mederos, said other cases around the country proved 110 years was too much and suggested that leniency was needed. He cites a case in Nebraska in which a truck driver was sentenced to several years after killing three people in an accident.

DA asks for sentencing hearing for truck driver in I-70 . crash

“This is a kid who woke up that morning with the sole purpose of working and providing for his family,” says Martinez.

But Young still testified to what happened that day.

“I had to watch those four men burn alive,” she said through tears. “It’s not something I’m going to forget.”

https://kdvr.com/news/rogel-aguilera-mederos-victim-speaks/ I-70 crash victims call for leniency of Rogel Aguilera-Mederos

GOPers stand confirmed and other comments

Guilty Jussie Smollett: What’s Next for the Former ‘Empire’ star?