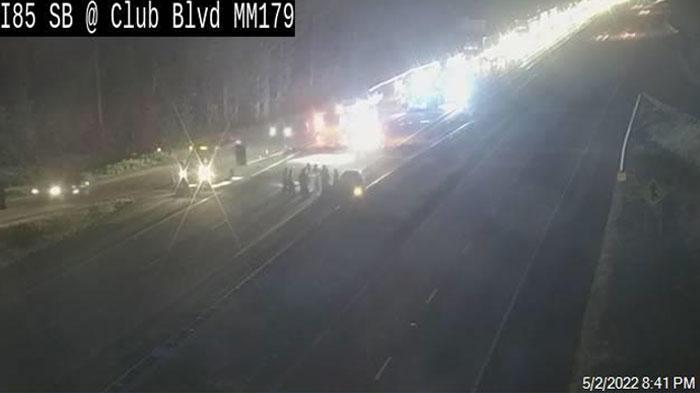 RALEIGH, NC (WNCN) — One person died in a wrong-way crash early Tuesday morning. The North Carolina Highway Patrol reported that a driver was going the wrong way on the east exit of I-540 to Falls of Neuse Road.

A second driver exited the same ramp when the two collided.

The state’s latest 2021 data showed a total of 66 wrong-way trips. The number was just two fewer than in 2020, when the number of wrong-way accidents was the highest in at least 20 years.

A 2020 North Carolina Department of Transportation report found that wrong-way accidents account for less than 1 percent of all accidents, but when they do occur, they are of relatively high severity.

Government data shows that half of these accidents happened between midnight and 5 a.m. and half were alcohol-related accidents.

Wrong lane crash data for 2022 is still being collected, but CBS 17 has already reported several.

In May, NCSHP confirmed four people were taken to the hospital with injuries after a wrong-way crash in Johnston County. Interstate Police said a driver began exiting the westbound lanes of westbound I-40 before turning on a ramp and then proceeding east in the westbound lanes. Several vehicles were hit.

Also in May, the NCSHP reported that a drunk driver driving the wrong direction on I-85 collided head-on with an elderly couple who had just exited a Durham hospital where the woman was undergoing chemotherapy. The couple were taken to hospital for their injuries. The driver was never found because the NCSHP said the Maryland license plate on the car was “fake.” The car itself was linked to Indiana but could not be traced.

A police officer used his own squad car to stop a driver from going the wrong way on the interstate in April. NCSHP said a suspect involved in a police chase began driving the wrong way on an slip road before a soldier put his vehicle in his path to stop them.

https://www.cbs17.com/news/1-dead-in-raleigh-wrong-way-crash-how-common-are-these-kinds-of-wrecks-in-nc/ How common are such wrecks in NC?

Why the lazy "Hello, I'm Dory" trend took over TikTok