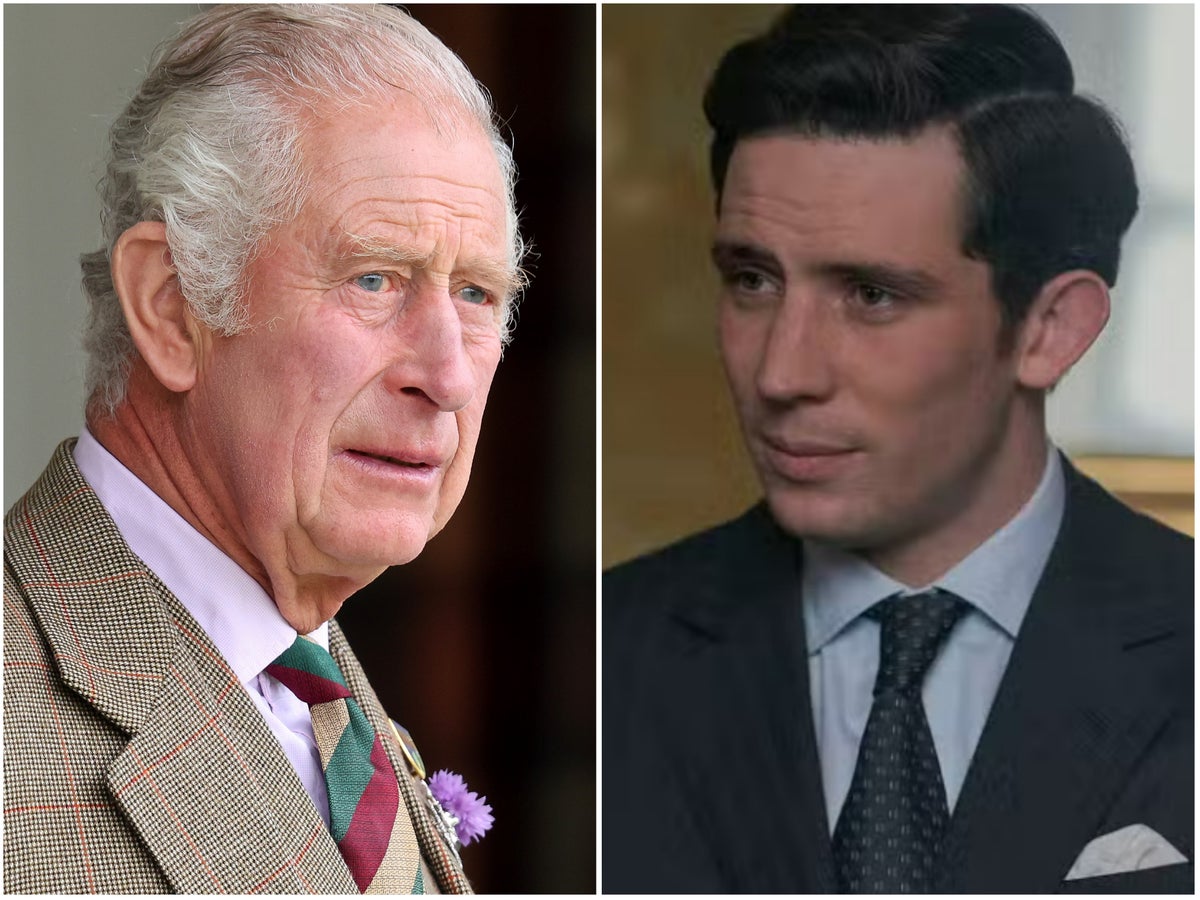 The crown has won 21 Emmys and five Baftas in its four seasons on Netflix, with a total of three actors winning King Charles III. represent in his years as a prince. But how accurate were the storylines surrounding Britain’s new monarch?

On the show below, read about some of the former prince’s key storylines, how accurately they portray reality and how the king himself and those in the know reacted to the show…

Before Prince Charles started dating Princess Diana, he fell in love with Camilla Shand around 1971 – but the royal family didn’t approve.

in the The crownIn season three, Lord Mountbatten (a father figure of sorts to Prince Charles) is shown arranging for the king to be sent on a Navy mission to separate him from Shand. It’s unclear if the real-life royal family calculated to separate the couple, but according to Tina Brown’s 2011 book The Diana Chronicles, they saw Shand as a “learning experience” for the prince rather than a serious suitor. In 1973, while Prince Charles was away, Shand became engaged to Andrew Parker Bowles.

According to the biography by Sally Bedell Smith Prince Charles: The Passions and Paradoxes of an Improbable Life, Prince Charles was constantly on the phone and talking to Parker Bowles after she got married. And in Brown’s book, she writes that the two resumed their relationship in 1979 after Prince Charles was devastated by the IRA’s assassination of Lord Mountbatten.

In season four of The crownViewers see a fictionalized version of what happened when Prince Charles first met a 16-year-old Lady Diana Spencer in 1977 while visiting her family home with Diana’s sister, Lady Sarah McCorquodale, with whom he dated briefly.

Speaking of their meeting after their engagement in 1981, Prince Charles said: “I remember thinking what a very cheerful, amusing and attractive 16-year-old she was. I mean lots of fun and bouncy and full of life and all.”

The series shows Princess Diana years later approaching Prince Charles in his car to “make an offer [her] Condolences’ following the death of Lord Mountbatten.

In interviews with her language coach featured in the Channel 4 documentary Diana: In her own wordsShe said: “We were talking about Mountbatten and I said, ‘You must be so lonely.’ I said, ‘It’s pathetic to see you walking down the aisle with Mountbatten’s coffin in front of the aisle, awful, you need someone by your side.’ Then he jumped up to me and started kissing me and I was like, ‘Urgh, that’s not what people do.’ And he was all over me for the rest of the evening, following me like a puppy.”

This moment is not seen in the series, but Prince Charles is shown pursuing Princess Diana and inviting her to the Royal Family’s Scottish residence, Balmoral. There she impresses the royal family, especially Prince Philip.

In the show, it is the Duke of Edinburgh who puts pressure on Prince Charles to propose to Princess Diana, with the show exercising dramatic license by emphasizing his fear and insecurity, suggesting he still has feelings for then-married Camilla Parker Bowles.

The frenzy shown in season four caused by Princess Diana’s appearance on Prince Charles’ Australian tour in 1983 is accurate. Additionally, her husband’s frustration at being overshadowed by Princess Diana was also confirmed by multiple sources.

Speaking to ITV for a four-part documentary entitled Inside the Crown: Secrets of Royals, Photographer Ken Lennox said it was in Australia for the first time that he saw things weren’t quite right with the couple’s marriage.

“I’m about four feet from the princess trying to get a little bit of the opera house and some of the crowd in the background and Diana burst into tears and cried for a few minutes,” he said during the documentary .

“After it was over, I went to the Prince and Princess’ press secretary and said, ‘What happened?’ He said, ‘Ken, mozzies and jet lag and heat.’ So I just accepted that.”

This was announced by former Princess Diana press secretary Patrick Jephson The sun: “They were unbeatable as professional royal performers, but behind the scenes it was very different.

“They didn’t speak to each other, there was minimal eye contact, they were short-tempered with each other. Diana enjoyed showing off her husband and if she laughed and smiled more, it wasn’t because she was having more fun, it was because she knew it was getting on his nerves.”

In the sixth episode of the season, while in Australia, Princess Diana references the fact that Prince Charles wore cufflinks given to him by Parker Bowles on their honeymoon. That actually happened.

The princess herself referenced it in the Channel 4 documentary Diana: In her own words, and explained: “We opened our diaries to discuss different things. The result is two pictures of Camilla. And on our honeymoon, cufflinks arrive on his wrists. Two Cs intertwined like Chanel’s “C”. I have it. You knew exactly. So I said, ‘Camilla gave you these, didn’t she?’ He said, “Yeah, so what’s up? They’re a gift from a friend.’”

Diana added: “And boy did we have a fight. Jealousy, total jealousy. And it was such a good idea, the two Cs, but it wasn’t that clever.”

in the The crown, Prince Charles is depicted hating Gordonstoun School, the institution his own father Prince Philip attended and sent him to. How true this is is unclear.

It has previously been reported that Prince Charles called the Scottish school “Colditz in Kilts” in reference to the German POW camp in World War II. We also know that he sent his own sons to Eton rather than Gordonstoun.

But acc the telegraph, Prince Charles has praised the school in speeches throughout his life. In the House of Lords in 1975 he said: “I never cease to be amazed at how much nonsense is said about Gordonstoun and how carelessly old clichés are used to describe it.”

He added, “It was just difficult in the sense that it asked more of you as an individual than most other schools do — mentally or physically … I think it taught me a lot about myself and my own abilities and disabilities.”

In conversation with The ObserverMeanwhile, Prince Charles said he was “glad” he went to school, saying she has “an emphasis on self-reliance to develop a well-rounded person,” adding, “I don’t have school like that enjoyed it as I might have, but that was only because I’m happier at home than anywhere else.”

Charles almost dies in an avalanche

The crownThe fourth series shows Prince Charles on a ski trip in the Swiss Alps. According to the series, his close friend Major Hugh Lindsay dies in an avalanche, with the prince escaping unharmed. That actually happened.

A helicopter pilot who was called to the scene when the tragedy happened in 1988 previously recounted The times that Charles “was near death when the avalanche hit”.

in the The crownthe former Prince of Wales was shown speaking Welsh at his investiture in 1969. This was done and the entire ceremony – including the Prince’s speech in Welsh – was televised.

Prince Charles once spoke about his struggles with the language in an ITV documentary, saying: “I’ve done my best to learn as much as I can. But in one term it’s quite difficult, and I’m not as brilliant a linguist as I’d like to be.”

What was the reaction to the portrayal of the former prince in The crown?

Grant Harrold, Prince Charles’s former butler, said that in seven years he’s worked for him, he “never raised his voice to me,” adding that actor Josh O’Connor did in seasons three and four had mastered the King’s idiosyncrasies and voice. The former prince was more compassionate than the show suggested.

“He’s not at all how they portrayed him,” he said. “He is strong, powerful and compassionate. And I think he will make a fantastic king.”

In 2020, Prince Charles is said to have responded to this The crown‘s representation of him. According to Scottish Labor Party leader Anas Sarwar, the former Prince of Wales spoke candidly about his portrayal on the hit Netflix show at an event in Edinburgh, Scotland, saying his portrayal was “nowhere near” what he really is is.

At an event at the Edinburgh Fringe Festival, ahead of the opening of the Scottish Parliament, Sarwar claimed Charles led with a mention of The crowns inaccuracy.

“There was a group of MSPs standing there, and he came over and said, ‘Hi, nice to meet you all,’ and he said, ‘I’m not anywhere near how they portray me on Netflix.’ I thought that was a really interesting way of describing yourself.”

https://www.independent.co.uk/arts-entertainment/tv/news/king-charles-the-crown-accurate-fact-fiction-b2169664.html How accurate is the depiction of King Charles in The Crown?

Missouri man Jeremy Garnier, who dressed up as a Batman villain, has been convicted of terrorism threats