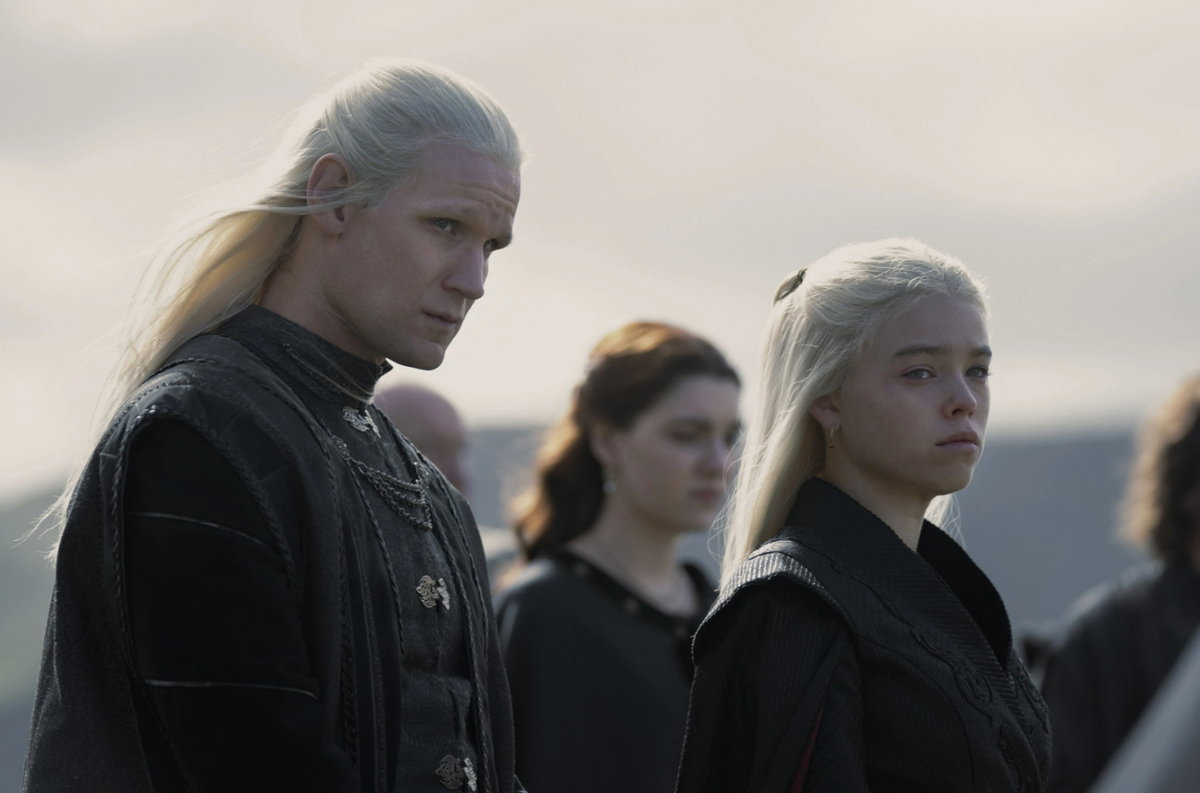 house of the dragon Star Milly Alcock has reflected on what she described as a “crunchy” incest scene set in episode four “King of the Narrow Sea”.

Spoilers follow for the fourth episode of house of the dragon – you have been warned!

In Monday’s (September 12) episode, Rhaenyra Targaryen (Alcock) is led on a secret nocturnal adventure around King’s Landing by her uncle Daemon (Smith).

The couple ends up in one of Daemon’s favorite brothels, where they start kissing and stripping each other.

With Rhaenyra’s pants around her ankles, Daemon suddenly has doubts and can’t bring himself to go through with the deed, abandoning his niece.

However, the scene shocked many of the show’s viewers house of the dragonthe predecessor game of Thrones never shied away from incestuous storylines.

Alcock considered filming the scene New York Post: “Clare Kilner, our director, made sure we didn’t see any of the brothel stuff until we shot. So that was the first time we walked through the brothel and he walks her around the room with all these other bodies. So that was pretty shocking. You’re like, ‘That’s kind of weird and silly.'”

She added: “There were extras we just met who were 69-ing for 12 hours. It’s pretty gnarly. We felt pretty overdressed because everyone else was naked.”

Alcock, 22, said the scene was not awkward to film. “No, oddly enough. [Matt Smith and I] were just kind of pals,” she said. “Well, it was quite comfortable. We had an intimacy coordinator and we worked with her during the rehearsal process and blocked him months beforehand.”

Like Daemon and Rhaenyra, many other ancestors of game of Thrones Character Daenerys practiced incest and polygamy – read all about the Targaryen family tree here.

And you can read about the biggest talking points from episode four here.

Columbia University falls behind in the “Best Colleges” ranking