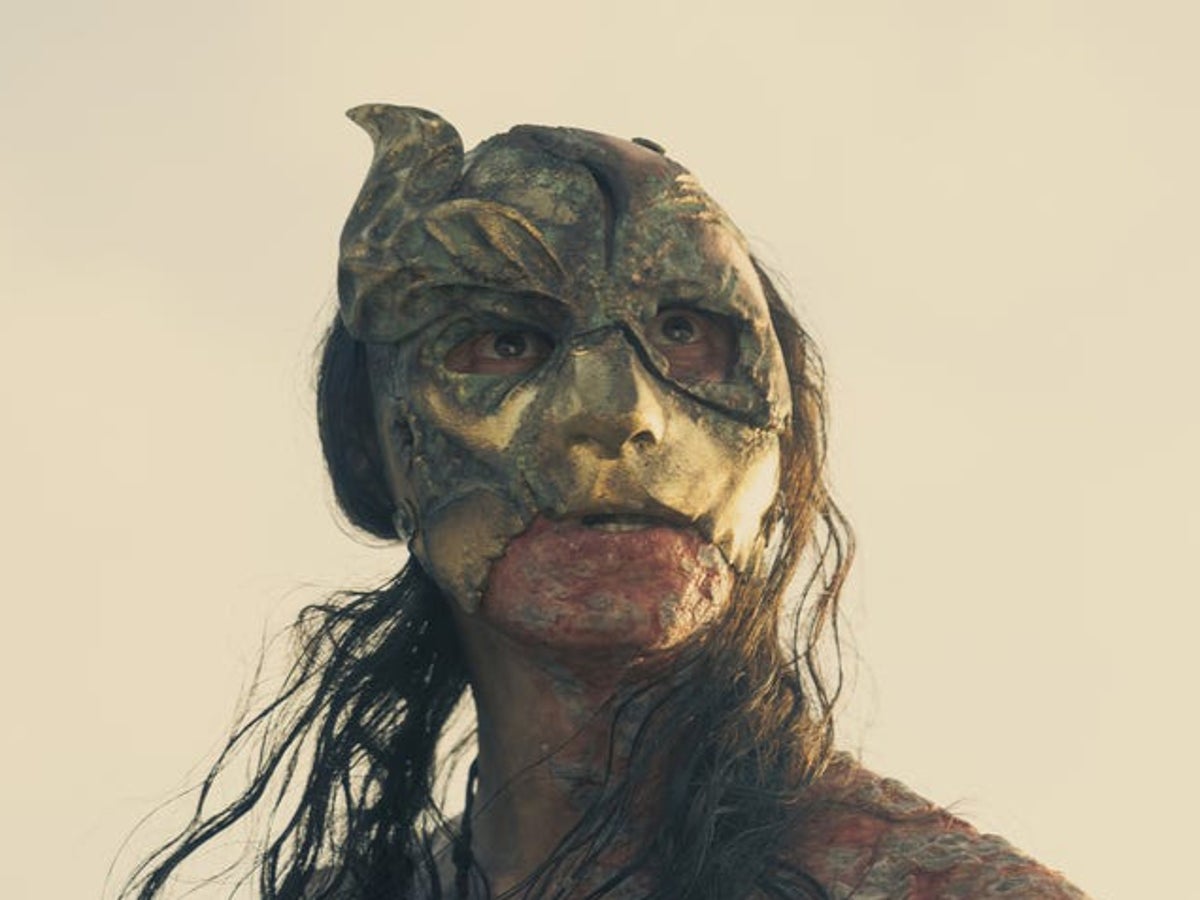 Daniel Scott-Smith made his debut in episode two of the Game of Thrones prequel as Crabfeeder and engaged in a major showdown with Matt Smith’s daemon Targaryen in the final episode, which aired Sunday (September 4th).

Shortly after the episode, it was discovered that Crabfeeder, real name Craghas Drahar, had an intriguing connection to the original series.

The connection came in the form of his mask, which is also worn by the Sons of the Harpy fighting the reign of Daenerys Targaryen (Emilia Clake).

Scott-Smith discussed the costume Weekly entertainmentExplaining, “It was definitely a nod to that for the fans, I think, because it’s familiar to them.

“And we talked about the idea that he’s the first person to wear that mask and it becomes iconic and so it’s built on that [for Game of Thrones]… Why is he wearing the mask? How does he feel about it? It’s a strong statement, so he loves wearing it.”

The third episode of house of the dragon also helped get rid of George RR Martin’s most hated scene Have.

house of the dragon continues on HBO on Sundays in the US at 9 p.m. The episode will be shown simulcast on Monday morning in the UK on NOW and will be shown again on Sky Atlantic at 9pm.

Find The IndependentHere is the synopsis of the third episode.

How to fix lag, stuttering and FPS drops in Wild Arena Survivors

Kathy Griffin lashed out for saying Republicans were starting a "civil war."