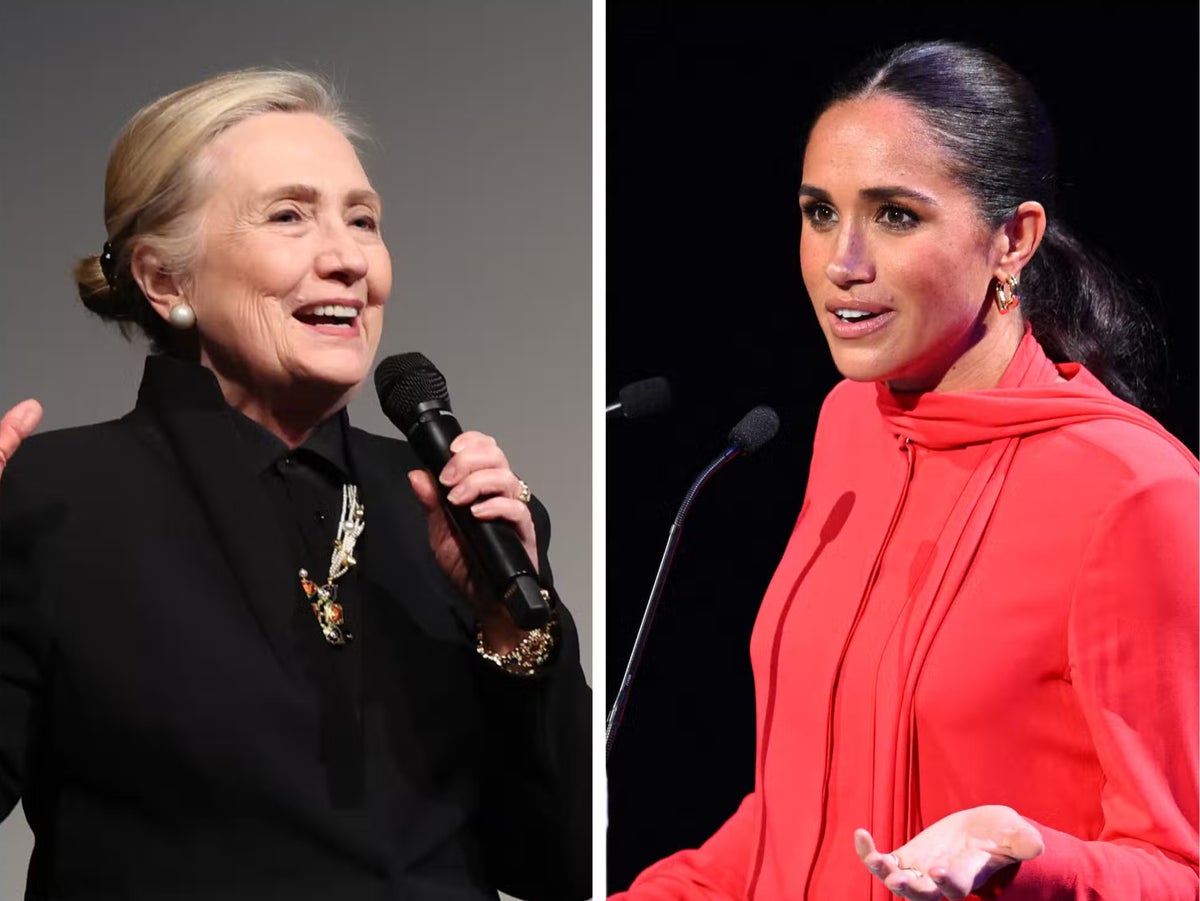 STop me if you’ve heard this before. Hillary Rodham Clinton and her daughter Chelsea Clinton sit on a park bench in the grounds of the Palais Royal.

The former secretary of state and US presidential candidate turns to her daughter and asks, “Do you know what happens if you drink too much tea in Paris?”

“You’re-a-peein’,” her mother – once the most powerful woman in politics – resounds to her.

Except the actual punchline is that this is called a scene from their new Apple TV Plus series gutsy. The joke, if you think about it, is that one of the brightest and most successful people in American life was reduced to this work.

In the eight-episode series, which debuted Friday, the Clintons tour the globe speaking to different types of “brave” women, some so much braver than others that it’s the catchphrase of the #girlboss era mocked. In the first episode, for example, the “brave” women are stand-up comics, including Wanda Sykes and Amy Schumer, who, among other things, talk about performing in front of hostile audiences. The second episode is about women who have escaped the violent life of political extremism or who have lost their own children to hate crimes. It’s about explaining all the different inspiring ways women can be brave. I’m afraid the audience for this show is what’s left of the Pantsuit Nation, the zeitgeist Facebook group of HRC supporters that formed during the 2016 election.

gutsy is very similar to the Duchess of Sussex’s new Spotify podcast archetypes – another show where a strong woman talks to other strong women about the labels they broke on the way to becoming so powerful. Three episodes have appeared so far: Serena Williams on “Ambition”, Mariah Carey on “Diva” and Mindy Kaling on “Singleton”.

Don’t get me wrong, they aren’t abominable shows. It’s kind of fascinating to see Hillary and Chelsea Clinton figure out what they can do with the resources they have — namely, fame and good intentions. It’s more or less the same journey that Meghan – whose euphonious speaking voice I found deeply soothing – goes through after stepping down from royal life.

But neither are they the energizing calls to action that they want to be. Guests — savvy as they are — can’t hide the fact that the Clintons and Meghan aren’t particularly well suited to their new job. They don’t have the journalistic instinct to challenge their guests, or Oprah’s uncanny ability to squeeze out tears and secrets. The sad realization at the end of each episode is that show business, much like the rest of the world, doesn’t know what to do with these women — women who, despite some obvious flaws, have been labeled “unlikable.”

And the fixation on “unsympathy” is ultimately the common weakness of these series. Instead of meaningfully grappling with misogyny and inequality in their most pernicious forms, they give us conversations about abuse. Meghan wants to stop being labeled unlikable, not just because it’s sexist – which it is! – but because she is actually very likeable, if only you would get to know her the way her friends do. In her conversation with Williams, Meghan alludes to the text conversations they’ve already had about the issues they’re chatting about on the air. archetypes is not only an opportunity to get to know Williams better, but to be She. That means to be the person who gets to hear Meghan’s innermost, most sympathetic thoughts.

Because it’s just as impossible to ignore the transparent reputation rehabilitation at work here as it is to believe that celebs questioning feminist buzzwords can alter a normal person’s real-life experience. The appeal of these shows isn’t in the content. It’s the peek behind the curtain at the women asking questions and (selectively) making personal revelations. When Meghan Williams hosted, it was the previously undisclosed story of a fire that broke out in her son Archie’s nursery that spearheaded the next day’s coverage. The most compelling part of gutsy is Chelsea’s frequent conversation about her childhood, which was marked by a pervasive sense of hatred only common on the White House jungle gym. Feminism may be the common theme of the shows, but it’s not what the shows are around.

Some people are born hosts – mostly Oprah. But others have spent too much of their extraordinary lives in the public eye to disappear into character. Every question these women ask about femininity feels just as exciting as the answers they get. Some people, no matter how far they’re willing to go to host the interview — like going to Paris, with their daughter, to interview clowns — don’t know how to stop being a guest on the talk show.

Love Island: Villa shocked as TWO islanders were voted out of show